Watch as Glibs DESTROY each other with FACTS and LOGIC.  In this edition, we have Ozymandias vs. leon.  The topic as given:

This is a simple, but not easy, topic.
Concisely, are zoos ethical?  This is outside the larger discussions surrounding eating meat, animal products etc. focusing on keeping animals in zoos for amusement/education, regardless of how “nice” the zoo is.
Ozy defends that they are ethical, leon defends that they are not. 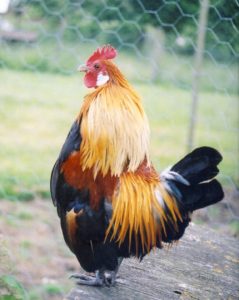 When we got this topic and I had the “pro,” I let out a groan. I used to love zoos when I was a kid. I still love animals – all of them… even hyenas – but as I got older and started taking my own kids to the zoo, the concept bothered me, as did the tired-looking lions and poo-flinging monkeys. These creatures deserved to be free, roaming in their natural habitats, fighting for life and yes, possible even dying as part of the “circle of life,” not caged.

The real issue underlying the ethical status of zoos, however, is a more basic question: what do we do with 7,000,000,000 – (yes, a billion gets NINE zeroes) – homo sapiens crawling all over Mother Gaia, almost all of whom are no longer living in nature among the animals? Debating the morality/ethics of zoos misses the ethic of the primacy of human life that has created a pragmatic reality where humans are simply on top of or even destroying habitats for the same animals that the anti-zoo crowd wants to liberate while singing Born Free! Should animals be captured for display? Absolutely not, but most zoos do not operate on that system. Most zoos are a result of the inevitable conflict in which injured/overrun animals are treated with as much humanity (i.e. as ethically) as possible, while providing an unparalleled educationally opportunity for human beings that has far and away done more to preserve, rehabilitate, and in some cases, save entire species from eradication.
My wife, a naturalist, went to a course on catching snakes run by the local herpetological society in the East Valley. That place keeps a whole lot of exotic, beautiful, unique reptiles from being destroyed AND gives curious kids and adults an opportunity to learn to better – peacefully – engage with those wonderful critters. If zoos are unethical, then everyone needs to ask themselves how they feel about dog shelters because they are fundamentally the same specie (see what I did there?) of sanctuary. (N.B. Sea World is on the wrong side of the line – they’re not there to teach to do tricks and entertain us.) Without zoos, however, the only other “ethic” around human/wild animal interactions is one based in ignorance.
So, as much as it pains me to see wild animals caged, the alternative would be to let fear and ignorance of the average person dictate our interactions, and to abandon any ethic of caring for animals at all. 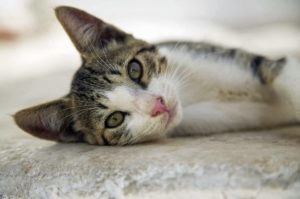 Zoos have a long history in society. Often zoos have been kept for the enjoyment of the masses, and in more recent times as a method of grifting tax money from local and state governments into the Education-Industrial Complex. However like many aspects of society, its mere existence and common acceptance does not mean that the practice of keeping zoos is in any way ethical. What I argue today is that zoos are unethical.

First we must establish a common system of ethics for the treatment of animals. This debate is not over this method of ethics, so I will attempt to describe a system that I believe is be widely held, and non controversial. For this discussion when talking about animals I am referring, of course, to those animals as would be commonly held in a zoo.

The system I propose has 2 main points:

1. Animals have a right to their life, free from human interference except for valid human need.

2. The abrogation to an animals right to it’s life, must be done in the most humane manner consistent with the human need.

Now I want to walk through some quick examples to explain each of these points. First let’s examine the case of animal torture. Animal torture is widely regarded as unethical, and clearly under the proposed system it doesn’t meet the first point, as anyone arguing that the torture was a valid human need would be arguing that the right to interfere and take an animals life would be alone with no other reason be a valid human need. This completely undercuts the proposed system and thus can not be recognized as a legitimate ethical claim.

The second case I want to examine is that of the Livestock and the slaughter of livestock. Such animals (for better or worse) were long ago domesticated, and as such human interaction is baked into much of their existence. That being said such interference is associated with human need, in particular the provenance of food. Humans need to consume some levels of proteins in order to survive. As such the provenance of food and nutrition is a human need, necessary for human survival. Thus it does not undercut point 1, and so will be considered valid. Point 2 however dictates that when taking the life of such animals, it must be done in the most humane way, consistent with fulfilling the need of humans. This means methods for slaughtering an animal must be done in a way that is humane, and meets the legitimate demand of humans for food.

Zoos do not meet the requirements of Point 2. Zoos are (today) often justified as ways for people to be educated about wildlife. They are also sometimes used as means of protecting endangered species. However these are not the most humane ways of achieving this result. Zoos will transport animals well out of their biosphere, and put them in enclosures far to small for the animals they house. This is extremely disruptive to the lives of wildlife. Meanwhile wildlife preserves, and designated wildlife parks achieve the same purposes of education and conservation, in a manner that is much less disruptive to the species that are being protected. Preserves allow animals to live free and roam as they would sans human interference. Safaris and tours offer education opportunities, without caging animals in rooms smaller than human housing. Nature programming on television offers a cheap an less invasive means of the common man to become educated about the wildlife all around the world, without having to transport elephants to the high deserts of Utah, or polar bears to the deserts of Cairo.

So while zoos may be attempting to alleviate a valid human need for education, and even wildlife conservation, they do so in a tremendously inhumane way that overly intervenes in the lives of animals. As such they are unethical. 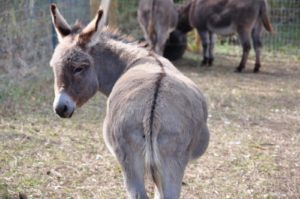 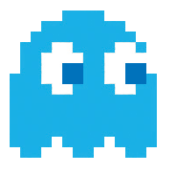