The Cult of Traditional Publishing, Part 2: People don’t talk like that 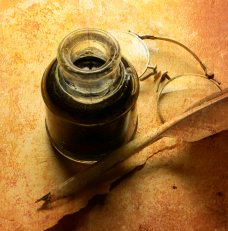 Anybody with a pen and piece of paper can do this.

“I’ve always wanted to write a book!” I hear quite a bit.

Writing a book has the lowest barrier to entry of any craft, hobby, art, free-time waster I can think of.

Language is accessible to everyone. Everyone can find something to write upon and write with. If you’ve ever heard about back-of-the-napkin ideas/art, just know it’s A Thing. Creators will take any damned thing that can hold ink or graphite.[1]

Therefore, writing a story or book is felt to be easy. That’s okay. Most people won’t do it. They’re just not interested. Some people will and they will feel a sense of accomplishment and it’s a once-and-done and they scratch it off their bucket list. They may or may not share it. A few people will be infected with The Dream and learn how to submit queries and proposals to publishers. Some will publish themselves[2]. The marketers will make it to living (or better) income.

What The Cult of Traditional Publishing fosters is the delusion that if you are any good, you will publish. It really is a religion: Take Simon & Schuster into your heart as your personal publisher and it will reward you with a book on the bestseller list. Remember, you are a child of Shakespeare and he is your lord and savior.

You just gotta have faith.

I bought into this delusion. It was easy to believe before the internet, because you had no idea how many other writers were querying and you just knew yours would hit the slush pile just right. There were probably a lot, yeah, but it wasn’t unmanageable[3]. I had an extra reason to believe because editors demonstrated they liked my writing but freak things happened.

But the math don’t lie and here is the formula:

Quality is the real lie. It is the most pernicious lie because no one knows exactly what that is. Everyone assumes it’s hitting the formula right and knowing one’s way around the language. That is objectively true. It is also only ostensibly true.

JK Rowling got lucky when “the chairman of [Bloomsbury] gave the first chapter to his then eight-year-old daughter, Alice, to read. Upon finishing, she immediately demanded the rest of the book. However, Bloomsbury was not convinced that it had a bestseller on its hands. Rowling’s editor, Barry Cunningham, warned her that she needed to get a day job because it was impossible to make a living writing children’s books.” This is a children’s editor and he didn’t recognize a gold mine.

It’s easy to delude yourself into thinking one writes quality when your critique groups keep telling you this and you really don’t understand the massive number of people who believe the same thing of themselves.

You become like the beautiful small-town homecoming queen/leading lady in local theater who thinks you can make it big in Hollywood, where no one’s as pretty and talented as you are. You are the prettiest of all. You are the most talented.

And then you find out LA is filled with beautiful, talented women and you look like everyone else and if you catch someone’s eye, you’ll eventually have to fuck Harvey Weinstein to get a breakout role and if you don’t, bye bye hopes and dreams because you’ll never work in this town[4]. And you may or may not go back home with her tail between her legs[5].

If you are a good writer, you WILL get published. Don’t give up.

I’m doing medical transcription and part of a Usenet group with other MTs. Most are women, most are bleeding-heart liberals, and every MT in the world has one thing in common: We are all voracious readers[6].

An ancient woman, single, never married, with cats, a robot that mows her lawn, lives in San Francisco, and is about to retire. Now, this woman already irritated me because she felt very entitled to other people’s money. She writes a book and she announces that she’s been published. I’m immediately green. I wear that color well. A lot. So I go looking and lo and behold! She self-published with this new-fangled thing called print-on-demand. Wait, what? Print-on-demand?! Therein begins the toxic stew that churns in my gut.

She’s not supposed to do that! Nobody said she could do that! Doesn’t she know how this is done? That’s not an accomplishment! You can’t be a good writer if nobody published you! I had that idea before you did and I couldn’t afford it! I have been writing for years! I have a degree! My professor said I could write!

HOW DARE YOU DO SOMETHING I AM TOO SCARED TO DO!

So I go to my secret hoard of MT friends and rant. One of my friends, the only other female conservatarian MT I know (who has her own business) (whom I subcontract for) (who knows good fiction) bought the book and could barely read it. “Don’t worry about it; it’s crap.”

I felt better, but later, the Usenet group had a conversation about fiction in general and this woman says, as authoritatively as she says everything, that she hates reading books that are grammatically incorrect. To clarify, I politely asked if she meant dialogue, too. She said yes. I said, “That is not the way people talk.”

“They should. And I make them talk that way because it is correct.” 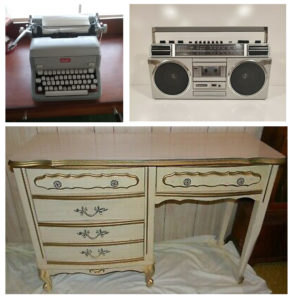 She is a medical transcriptionist. She listens to people talk all day. Doctors mumble, stutter, chew, shit, pee, drive, and fuck while they’re dictating. Furthermore, I had cut my transcription teeth on transcribing my PI dad’s telephone interviews when I was 16[7], and had developed various punctuation protocols to replicate on paper how people really talk.

So I copied and pasted a small snippet of dialogue from one of those old books I had written but han’t looked at in years. She ripped me to pieces up one side and down the other and pasted a good piece of hers (which was, indeed, crap), but shocker—the others agreed with me.

Satisfied that she was a dilettante and as much of an annoying idiot as I had already thought she was, I went about my medical transcriptioning business, comfortably smug that she had to self-publish because she really was crap. My church and prophets were right, and my theology was pure:

Only people who can’t write must self-publish.

But there remained the tiniest pebble in my soul I was worrying like an oyster worries a grain of sand: I write better than that. I am better than she is.

The Proviso, book 1 of my restarted writing career, was as finished as it was going to be without editorial help. I started looking for online critique groups. They were not helpful. I found a couple of critique partners, but they didn’t grok what I was doing[9], deliberately hearkening back to ye olde dayes of soap opera books.

Didn’t matter. An agent and/or editor would see how special it was and whip it into shape.

Then I realized there were these things called ebooks and ebook publishers and that was where most of these people were concentrating their efforts. Pffft. That was little better than self-publishing, but I continued to look for a decent critique group and partner.

Well, it took a while but I figured out I wasn’t going to get any valuable critiques[10]. I started preparing my submissions according to the Old Ways and when I went looking for agents and publishers, I was ecstatic to find out they took subs by email and the restriction on simultaneous submissions was gone.

I cracked my knuckles and gleefully copied and pasted my carefully personalized cover letters and “first chapter into the body of the email—no attachments accepted” into one email after another after another and confidently hit the SEND button.

[1] #ProTip: Don’t use pencil; it fades and you may need that idea someday.

[2] This was always true, even when self-publishing was of the devil.

[3] You weren’t allowed to submit to different publishers and agents simultaneously back then, so it was a long process and you might never hear back. If you did so anyway and both publishers offered, you’d have some ’splainin’ to do, Lucy. The brainwashing was so complete that you obeyed this edict because you thought there was a very good chance more than one publisher or agent would want it.

[5]
Yeah, you were gonna change the world
Walking back, a child in the rain
…
Just keep your eye upon that endless broken line
Throw bag beneath the bus
Sit among the curious
It happens to the best of us, you know

[7] Picture this: A tiny bedroom in a small house in the ghetto, painted pink, frilly pink gingham curtains handmade by my mother, a pink gingham quilt hand-made by my grandmother, a French provincial desk from Sears, a kitchen chair, an old Royal typewriter with a manual return, and a boom box. I stayed up till the wee hours of the morning typing and made excellent money for my age, for a work-at-home job, and managed to please my dad.

[8] The rhythm of the way people talk is a kind of music. You have to alter the time signatures, put in rests and fragments and somehow convey allegro and adagio. You have to drop letters, syllables, and somehow spell non-word noises that actually mean something like “uh huh” and “nuh uh” and “ope!” You have to have alternate spellings for regional accents: “a’ight”, “innit”, “doan”.

[9] They always “just don’t get what I’m doing.” Idiots, clearly, every last one.

[10] “Real heroines don’t mutiny their captains by beheading them with battle axes while half-naked—and they certainly don’t do it on the first page. She’s totally unlikeable. I’m not going to read this and nobody else will, either.”

I’d read it. That’s why I fucking wrote it. 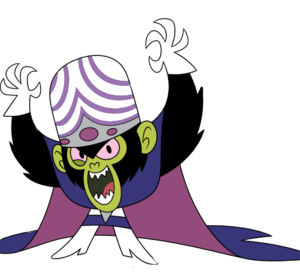