Credentialism: KK has been doing genealogy for about 35 years. She helped two people, including her own brother, find long-lost siblings. 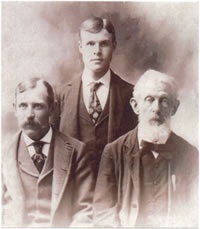 Three generations that culminated in the majesty that is KK

In order to do serious genealogy, you need to enjoy it. That is, you need to have an interest in history, mystery, research, and logic. I have spent literal hours at a time looking through page after page after page of census records, military records, probate records, church records, you name it. And I liked every minute of it. You also need to get used to disappointment. Most of your time will be spent chasing leads that go nowhere. It’s the absolute thrill of that one breakthrough that keeps the genealogist going. My last breakthrough was only a few months ago. The high from that will probably have to last me another few years, at least.

If you haven’t done genealogy on your family yet, the best place to start is interviews. Ask your living family everything they know about their parents, grandparents, etc. Names, dates, and places are important, even approximate information can be useful. Write it all down. Organize it. I believe Ancestry allows you to set up a family tree for free (however, you won’t have access to most of their records).

Do not discount family lore. My Pa told a story about our ancestor that “saved the Duke of Wellington’s life” (fact check: partially true) and another tale about how his maternal grandfather “killed a man in a bar fight” (fact check: mostly false). The point is, both of these stories gave me somewhere to look, and the real stories eventually revealed themselves.

Seek and Ye Shall Find

We all know that people’s vital information (names, dates, places) can be misspelled or otherwise accounted for incorrectly. This is why you’ll need some search chops in order to find what you’re looking for. These tips specifically apply to Ancestry, but are also fairly widely-used in other applications. 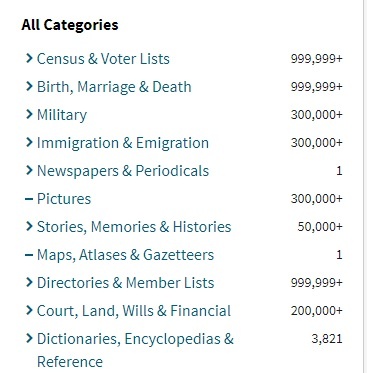 Soundex: this is a system that attempts to account for name misspellings. It includes the first letter of a name, followed by a 3-digit numerical code. The numbers are assigned to letter groups that sound the same when pronounced out loud. I occasionally use Soundex, but I’ve found that it’s both too limiting and too broad.

It is limiting because it assumes the first letter of the person’s name is correct. But if you read a lot of old-timey handwriting, you’ll notice that a lot of letters can be mis-transcribed. For example, a capital “S” and a capital “L” are often mistaken for each other in transcriptions.

Soundex can also be too broad, in that it will include names that are nowhere close to the name you’re searching for. I pretty much only use Soundex when I’m at the very beginning of my research on a particular family name.

Wildcards: these are symbols you include in your searches to account for unknown letters. A “?” in a search will replace a single letter, whereas a “*” will replace a string of letters (zero or more). I use these in almost all of my searches, depending on what I am hoping to find.

One of the names in my family tree is Carnagey. When I look at that name, I see the potential for mis-transcriptions on several of the letters (namely the vowels). So if I were looking for a Carnagey in my research, I may search for C?rn?g*y. Can you figure out why I would use ? for the “a” and a * for the “e”?

The “n” could also be a problem (often mistaken for “m” in transcriptions), but in order to avoid having too many search results, I would probably do a separate search (something like Car*g*y). You need to balance the use of wildcards with the anticipated search results. Too many wildcards can result in way too many, or way too few results.

Ancestry, I believe, requires searches to contain at least 3 letters if you’re using wildcards, so you won’t be able to search for something like S???h for “Smith”. An example from my tree is the name “Linz”. It’s a very short name with a multitude of possible misspellings. To research this name, I’ve searched “?inz” and “L?nz” and “L?n*z” and “Lin*z” and “Lin?” and probably several more. See if you can find my reasoning for each of those searches, and why I used the wildcards I did, and what kind of results I might get from them. You won’t be surprised to know this family line is a major brick wall for me.

Spacetime: dates and places can be used to narrow your results. These are especially useful when researching more common names. If you search for the name “John Smith” without including any other information, you can imagine how many results you’ll get. Better would be to include any additional information you have on the particular John Smith you’re looking for. You’ll get far fewer results by including information that he lived in Upper Buttcrack, ME circa 1850. You’ll still probably have quite a few results to wade through, but it will be narrowed considerably.

A basic knowledge of what kinds of information you’ll find in different types of records is important.

Census: U.S. census records are a rich source of information, but that information varies depending on the census year. You’ll need to know that most of the 1890 U.S. census was lost in a boating accident fire. You’ll also need to know that before the 1850 census, only the Head of Household’s name was listed, and only a range for the household members’ ages was listed. Some U.S. censuses contain marriage, immigration, asset, and profession information. If you’re looking for detailed household information prior to 1850 in the U.S., a better bet are land and/or probate records.

Immigration: inbound immigration records for the U.S. usually contain names, ages, and origins of every passenger. These records are generally useful for research in the mid-19th century or later, as earlier immigration was more loosey-goosey. For example, my brother’s biological family seems to have lived fluidly between North Dakota & Canada for many years.

Vital: marriage records are an invaluable tool for finding maiden names, connecting family lines, and general place information (i.e. where the marriage took place). Birth records are probably the cream of the crop for information mining on a person. Unfortunately, prior to the late 19th or early 20th centuries, birth records are spotty, at best. Ma Kettle in Badger Ass Hollow, TN in 1875 was probably not going to report a birth to the “proper authorities”.

Military: you can imagine most records have great information on names, birth dates, next of kin, etc. Keep in mind that the early American military was far less organized, and your best bet to find out about a person’s military service will be through pension applications rather than something like muster rolls.

During the course of your research, you’ll probably find that other people have also done trees on one or more branches of your family line. These can be a great time-saver if they include information for earlier generations than you have on your tree. However, before incorporating anyone else’s research into your own, make sure the information makes sense. Was John Smith really born a year before his own mother? Probably not. Researches on my paternal grandfather’s line often state we’re related to both the Harrison U.S. Presidents. Though our families lived around the same area at the same time, I have found no primary source material for this assertion, so I don’t include it in my research. On the other hand, it was also claimed that my paternal grandfather’s family was related to Dale Carnegie. This is 100% true and I can even tell you the name of our common ancestor (though I still don’t have a clue how to win friends & influence people).

Even in doing your own independent research, you need to keep your logic hat on. Does the information make sense in context? You found a military record for John Smith indicating he was in the 8th Illinois Cavalry in 1863, but your previous research showed him living, and owning a farm and some human beings, in southern Mississippi. Is it possible this could be the same person? Sure. Is it likely? No way – further research is required.

There you have the basics for getting started down the long, addictive path of genealogy. The TL; DR is: be flexible on spellings, know your search tools & records, and verify with primary sources. Think like a scientist: always try to find a reason why a person doesn’t fit into your family line before adding them to your tree.

One final note: I am willing to do family research for other people for free. I only require two things: a) a starting point (at least one name, approximate dates & places), and b) an interesting story (like the time a friend asked me to look for some great-grandfather of hers who supposedly died, but whom my friend and her mom suspected might have absconded and started a new life elsewhere). If you want some personalized assistance, feel free to contact me via the messaging system in the Forums.