Saturday evening back in the saddle links 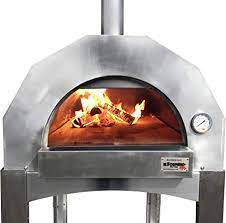 I had a great visit with OMWC last weekend. There was only one weird bit. Every time I told him he should get up close to the pizza oven to really get a good look at it, he got nervous and backed away. I don’t get it.

People were born on this day in history.

As long as they have a remote controlled off switch, that can’t be disabled, I’m good with it.

Someday, he will have a planet named after him.

How about a little Doobie’s tonight?