Learning from the Romanian Constitution to benefit the US of A

Every sensible person knows the US constitution is a backwards, old, deprecated, outdated, icky, nasty, oppressive document written by racist sexist cishetero upper class privileged white males. It has no place in a modern, progressive society and it is way past due a major update, despite what some bitter clingers may say. But the question is how should it look like? You all being ignorant Americans, of course you don’t know. So let me give you an example from Old Europa.

First of all, what is that tiny thing you call a constitution? A few articles and some amendments? Bah! The Romanian constitution has 156 articles grouped in several Titles each of several Chapters each of multiple Articles. And many more sub articles. You cannot write all the good stuff in a few pages, after all. The Romanian constitution of 1938 was less than half the size, but things evolved.  Off course each individual article is bigger and better than what you may find in the US. Let us have some examples, starting with the obvious one. Free speech is off course important in every civilized constitution, but one cannot just have it willy-nilly. 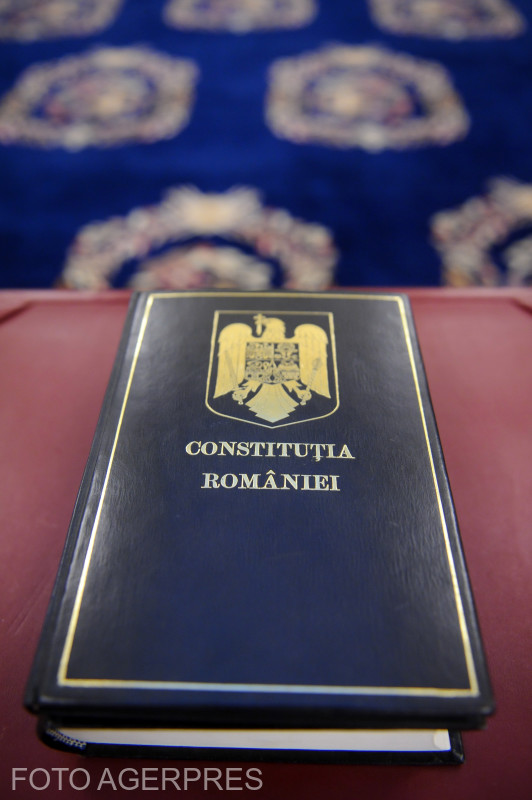 Article 30 of the Romanian Constitution guarantees freedom of expression. It does so off course over 8 sub articles. Sub articles 1 and 2 clearly state that freedom to express oneself through “language, writing, images, sounds, any and all communication methods cannot be violated” and “all censorship is against the law”. Off course there need to be checks and balances. Sub article 5 says that the law can require all media to fully disclose their financing. Sub article 6 says that freedom of expression cannot prejudice a person’s honor, dignity reputation or right to one’s own image.  These items are not defined in any way, off course, because they may change over time so no point in having these inflexible definitions in the constitution. As the reasonable person would expect, sub article 7 makes it clear a citizen cannot defame the country, instigate to hatred based on class, sex, religion or race, incite to discrimination, violence, separatism. Obscenity is, naturally, also banned and anything that affects public mores. All these things, it goes without saying, cannot be inflexibly defined either, general legislation is tasked with that. So you see, sensible free speech is permitted, but not hate speech or any other sort of speech legislation declares against public mores, unlike your primitive bill of rights.

Certainly, some of the important stuff does not even have a clear equivalent in the US document. Article 47 clearly states the government needs to take measures to ensure a “reasonable standard of living” for all citizens (although some would wonder how well it has achieved this) by measures of both economic development and social assistance. Citizens have the constitutional right to pensions, holiday, payed maternity leave, and healthcare in government hospitals, unemployment and other measures of assistance as established by legislation. Again, for flexibility, many articles in the Romanian constitution simply leave the details of all this to legislation outside the constitution, as they well should.

Article 41 guarantees the right to free labor, to choose one’s profession, minimum wage, equal pay for equal work, 8 hour work day and the right to collectively bargain. Unfortunately, even the Romanian constitution is somewhat outdated, due to the phrasing “for equal work men and women are to receive equal pay”. What is this un-inclusive “men” and “women” stuff?

Article 2 clearly states sovereignty is with the people and no one person can exercise sovereignty, so none of that sovereign citizen nonsense y’all got. Article 4 mandates unity and solidarity among all citizens, while article 6 establishes minorities can keep their own cultural, ethnic or religious identity. The next few articles establish the official language, official capital, flag, anthem, national holiday and all the things a constitution needs to establish.

Article 23, over 13 sub articles, guarantees individual liberty. While the first sub article simply states the right to individual liberty, the rest set out the procedure by which this can be restricted, how one can be arrested, accused, tried, convicted and imprisoned.

It goes without saying that all those icky nasty guns and other weapons are not in any way constitutionality protected. After all, since article 22 guarantees the right to bodily integrity and safety, you have no need of weapons to defend yourself. The constitution does that for you. If there is any situation of violence, you can just point out the article to the offending party.

Some articles are shorter. Article 54 mandates loyalty to the Country. Article 55 established the duty of every citizen to defend the country. Article 56 establishes obligation of all residents to pay taxes and to the government to make sure the taxes are “fair”. Article 57 requires citizens to exercise their right in good faith. There are a few dozen articles establishing how parliament is organized and regulation the legislative process. A few dozen more establish how the administrative part of the state is organized. But I will skip them, most members of parliament and government employees also do.

Off course the constitution is awful long and cannot be properly covered in one post. But I wanted to just give you a glimpse of it, so you can at least realize it can be better than that dusty old thing of yours. But for know, we can only hope Uncle Joe packs the court and solves the issues until a proper constitution can be formulated.

Mind your own business you nosy buggers