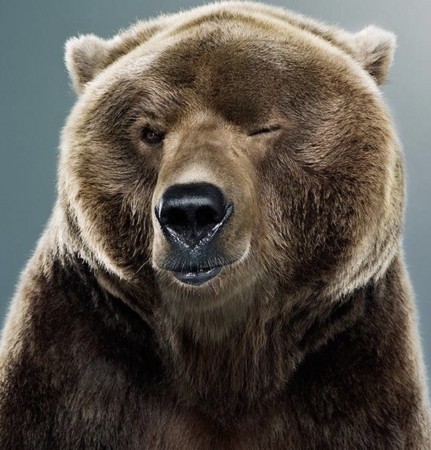 My colleagues ZARDOZ and STEVE SMITH have been offering advice and counsel to Glibs, lurkers, ladies and gentlemen and persons of irregular birth for some time now, so I thought I’d join the fun.  However, just to set myself apart, instead of lifting advice requests from the papers I’ll present some that I’ve dealt with personally over the years.

All names have been changed to protect the… uh…  correspondents.

My daughter is getting married next month, and I’m a little concerned about her wedding.  You see, when she was a little girl, she really liked her Uncle Phil, who is my older brother.  Not in any funny way, mind you; Phil just likes kids, has none of his own, and was always “the fun uncle.”  The problem is these days Phil is “the drunk uncle.”  Phil never fails to get embarrassingly drunk at every family function, and always makes a spectacle of himself.  Nevertheless, my daughter really, really wants Uncle Phil at the wedding.

I’m afraid Phil will show up plastered, make a scene, and ruin my daughter’s big day.  She won’t consider not inviting him.  What should I do?

First of all, congratulations to your daughter and her fiancée.  Best wishes for a long and happy marriage.

Now, as for Uncle Phil:  This is a sticky situation indeed.  You should bear in mind that this is your daughter’s big day, not yours, so please don’t be the overbearing Mom.  She should make all the decisions as to who attends her wedding.  She is (presumably) a grown woman and has no doubt seen her Uncle Phil in what is apparently his usual state of inebriation and is aware of the likelihood of his making a scene.  Granted drunk people can sometimes act in ways that are embarrassing to the people around them.  Believe me, I know; as evidence I could refer you to a certain Zoom chat I sometimes attend on Fridays and Saturdays.

Mind you, this doesn’t mean there’s nothing you can do about this.

I’m guessing your future son-in-law will be having a bachelor party.  Find a time to quietly talk to his best man about this, as the best man is usually the one organizing the event.  Indicate that he should schedule the party for the night before the wedding, and invite Uncle Phil.  Advise him as to Phil’s favorite booze, and make sure they have plenty of it in stock.  Pay for it if you need to.  They should let him get good and drunk, in fact if he passes out, all the better.

Now – and this is the tricky bit – provide them with the following:

I’m sure the boys will figure out the rest.  Just make certain someone drops around to the cheap motel after the wedding to cut Uncle Phil loose.

Like a lot of families, we have a dog.  His name is Rex.  We got Rex as a rescue at the local animal shelter, and he’s nothing special, just a big mutt, but he’s lovable and we love him.

He does have one bad habit, though.  He insists on drinking out of the toilet.  We’ve tried keeping the lids closed, but we also have two teenaged boys, whose personal behavior isn’t much more sophisticated than Rex’s.  They constantly forget to close the toilet lids and, next thing you know, there’s Rex, lapping away at the toilet water.

Do you have any suggestions as to how to stop him doing this?

When I was a kid, we lived in a house that had a septic tank, rather than a city sewer setup.  In fact, I live in a house with just such a setup now as well.  As the septic tank requires periodic pumping and that costs money, it makes sense to minimize the amount of liquid you put down the septic system; therefore, the rule on flushing in such homes is “if it’s yellow, let it mellow; if it’s brown, flush it down.”  Needless to say, dogs in such homes almost never drink out of the toilets.  So, try leaving the toilet unflushed for a while.

If you also have a cat, I have a rather creative solution for dogs that enjoy litter box cookies as well.  Of course, your cat would have to enjoy ghost peppers in its food.  If it doesn’t, you could try force-feeding the critter the ghost peppers.  Trust me, it’s lots of fun entertainment for the whole family.  Have you any shoulder-high leather gauntlets?  You’ll need them.

My teenage son has really bad acne.  He’s tried every remedy available at the drug store.  We’ve taken him to the doctor, who referred him to a dermatologist, who tried every pill, cream, and potion he knew of, and the boy’s acne just keeps getting worse.

Now, he is to the point where he’s trying quack nostrums he’s finding online.  The latest?  How cheese soup.  He’s eaten tons of the stuff.  He spent all the money from his part-time job buying cheese soup, and now is borrowing money to buy more.  I’m afraid it will make him fat, but it’s sure not helping his acne any.  Can you help?

Your son is going about this all wrong.  No matter how much hot cheese soup he eats, it won’t help his acne any.  The very notion is just silly.  Seriously, your son (and, apparently, you) need to stop believing everything you see on the internet.

Numerous studies done by some people in white lab coats someplace – I’m not sure but I think they are the same people who are advising the government on the COVID pandemic – have shown that eating hot cheese soup won’t help with acne.  No, what your boy needs to do is soak his face in the hot cheese soup, morning and evening.  It may not help his acne right away, but at least it will give him (and you) something else to concern himself with in the meantime.

Also, your son’s bad skin condition indicates he may not be eating properly.  Add some broccoli to the cheese soup.  At least that way, there’s a chance he may accidentally ingest a vegetable while treating his acne.

I’m seventy-eight years old, and I just married a young lady aged twenty.  When we married, I was afraid that I wouldn’t be able to keep up with her, sexually.  But that hasn’t been a problem at all.  In fact, we go at it night and day.  Just yesterday, we did it when we woke up, then again in the shower, on the breakfast table, and twice on the living room floor before she went to work.  I won’t go into what happened that evening.

Many men would be envious, but there’s a problem.  You see, we live in small apartment.  Our upstairs and downstairs neighbors, not to mention the ones on either side, are constantly complaining about the noise.  We’re pretty enthusiastic, you see.

How can I explain this to my neighbors?  I’m a little worried that if I fail to keep satisfying her, she’ll leave me for a younger man.  At the same time, I’m worried that they’ll get the superintendent involved, and I don’t want to lose my apartment.  What shall I do?

I’m afraid I can’t properly advise you without some more information, so I’ll have to ask some questions:

What the hell are you eating?  Oysters?  Asparagus?  Bananas?  Garlic?

Are you taking any over-the-counter supplements, like Vitamin E?

How’s your blood pressure?  Do you exercise regularly (other than the sex, I mean)?

Please answer as quickly as possible.  Mrs. Animal and I eagerly await your reply.