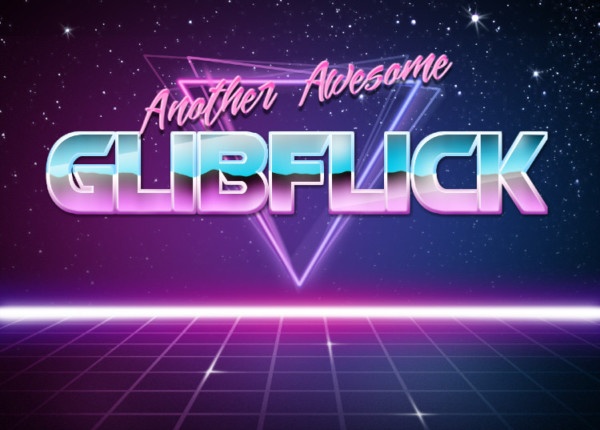 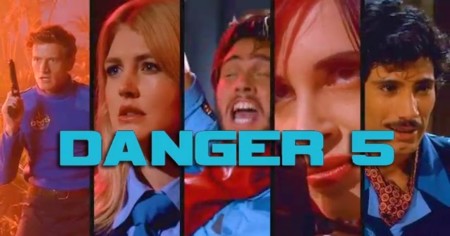 It is so incredibly rare that something like Danger 5 gets approved and made for not one, but two seasons. How does something like this get by TV executives who normally just green light reality TV shows? Even more amazing this came from Australia. Think about what Australia is going through now. Hopefully the oppression doesn’t crush the creative spirit which brought us Danger 5.

Who made Danger 5? The team of Dario Russo and David Ashby made it, after success making a short film called Italian Spiderman, which I also recommend seeing. Then they made the original, serialized Danger Five (Diamond Girls).

I am focusing on season one of Danger 5 as I do this review. The episode names are clear references to men’s pulp magazines, with names like “Lizard Soldiers of the Third Reich.” Normally you’d say ‘Hey, I’ll watch that,’ get about five minutes in and realize the best the writer could do was come up with a great title. Not here. All it takes is one minute into episode 1 of Danger 5 and you’re hooked. The colors, the characters… The dude with a giant eagle head! Yes! Go for the absurd! The series has excellent recurring themes in the episodes that help tie them all together. I think my favorite is Pierre who collects drink recipes from characters who die during the episodes.
Cinematography and costuming must have been a huge pain. Everything is Colorscope bright and beautiful. I think that helps drag you into the series. The two opposing female characters help too. Prim English girl vs. randy Russian chick. Free-wheeling bachelor vs. uptight Englishman. Throw in a brash American (played by David Ashby!) just because you have to have one of those.

So how about that Hitler? He’s played by Carmine Russo. And yes, he is the dad of Dario Russo who was one of the creators of the show. I can hear the pitch from David Ashby now: “Hey man. Your dad kinda looks like Hitler. We should make a show where we try to kill Hitler every week.” Genius!

It was so very hard just to pick an episode and say “here – watch this.” Every episode of season one is great. So this was almost a dice throw:

So what about season two? Season two focuses on a renewed hunt for Hitler, only this time Hitler escaped to the 1980’s. The cinematography, gore level, music, and costuming all jumped from sixties to 1980’s as well. It is masterful, but for me I really enjoyed season one the most. Probably because I lived through the Eighties once and have little nostalgia for it. Younger Glibs (Is there such a thing?) will probably love it. I think my two favorites there were “Johnny Hitler”  where Hitler shows up in High School and is the cool kid, and “Super Dead”  where the best of dialog lines is uttered – “Oh look – you can get hookers in the claw machine again.”

So this is the Thanksgiving episode! In-between football games you can surprise your guests with Danger 5. Or not! Everything is voluntary! Have a Happy Thanksgiving!

Coming up this December is Kung Fu Christmas! We are going to start with a bloody bang:  Tokyo Gore Police.  Subtitles! Unfathomable gory deaths! Perversions even the members of this site have yet to explore!