Tales of the Belt, Part 17: Valkyrie

With our new fusion drive in production, we will travel the planets, gather resources, and one day journey to the stars themselves! I therefore christened the first fusion ship, Shippy Mcship!

After we lost the Cat, I was next in line, 29 years old, I knew I was a pup, but Seamus advised me, with my education from the guild, I felt ready. Even with our loss at the Anomaly, we had no shortage of good men to run the mining ships, Seamus wasn’t coming, he had a political situation with the Conchos, so we parted with our usual backup plan in place.

It was haunting stepping into Cat’s old room in Rose’s, but she insisted, I won’t tell her no.

His photos were still there, on the wall, Angelique, his home world, and Kerry Gold, I left everything in place and crashed, the whole thing was creepy. I dressed at 0400 and grabbed a bagel, then went to check on the new Ship.

Heading down to Bay 6, I was met with many of Cats friends and “associates”, who wished me condolences and luck in my new position, kind of flattering, they must have really cared about him.

“Uncle Bob? what the hell are you doing here?” Then I realized what Seamus said about a twist in the plan, Damn Him!

“I was seen fit to command the Miners’ ships Kit, I hope you don’t mind, Heh,  it’ll be fun”

Uncle Bob was actually my cousin Bob Cole, who was responsible for the successful evac of the Mercs last year, he’s twice my age, so uncle it is. “I’m not too surprised I guess, let’s see what we have, Oh Shit!” Parked in the bay were 2 ships, identical except for liveries, like nothing I had ever seen before.

Gleaming in oil black, was the JR Gibbons, dressed in green and gold, and next to her was my flagship, Valkyrie, tipped in flame red.

“Wanna see something cool, lad?” as he flipped me a key fob, I caught it and it had a single button with no descriptor, “push it Kit, and watch” I did, and saw my ship vanish! Presto! Hit it again, she came right back “ Fantastic Uncle, this could be helpful” Then he gave me the Ships’ manifest, we had several new ships in view, as well as our current class. 17 ships in all, I liked our odds.

We spent two weeks to load out, just so we could learn the ships. There were a lot of fresh systems that needed debugging, but we got things squared away. We christened the Guild ships, new frigates of a type I had never seen, very serious looking, and very Elon, and named them as follows,

MG 210, William Patton, after another cousin of mine lost in battle

MG 211, Kerry Gould, the original designer of the practical railgun

MG 212  Fletcher, after my grandfather, of course she was the called the Cat

“Here’s the way I see it lad, we have some fine rocks to harvest, no one even knows about this, let’s take it now, without any trouble” We did locate a nice cluster of trojans at a LaGrange point in Neptune’s orbit, but what about them? And the Warning?

“ I know where your thinking lies Kit, I just don’t see them bothering us so far from the Cloud”

It was only 18 months ago, the memories linger,

“And if they do? Uncle Bob, we can’t run, we can’t win, and we frankly can’t afford another slaughter”

When I was a young man, I learned the value of no Man left behind, Stranded on Mimas, in a suit, ready to die and my boys came for me. I come from a mining family, as you can see from my name, and we came from the mythical Albion it is said, to the great Merica you read about in school. We always mined, Kentucky, Ohio, West Virginia, then finally Luna, and in a bit of trouble, we always got our boys out.

I was the low kid on the totem pole in my family, so I enlisted in the Merc’s Guild, and found my passion, weapons. I spent the last 20 years in the infantry and now command.

When JR gave me command of the evac, I was stunned, but, duty first, so off we went, our shuttles came under heavy fire, but thanks to Cat’s people, we only lost 2 of them. When JR gave the command to bug out, I sat on my bunk and cried a bit, knowing their fate.

We were sitting in my stateroom, barely decorated, I had more things on my mind, dinner was well done, catered by Rose, and we were having a drink, Ales in hand, he continued,

“Gibbon’s fleet will launch 85 degrees off the ecliptic, the miners first with 1 frigate, hyzer over the top and enter stealth at 40k L1 from the Trojans. Valkyrie performs a flex move around Neptune, and Stealths at 40k L3, then we wait for a week and see what pops up”

I thought about the timing, the logistics, hell I was thinking too much, micromanaging is stupid,

“Fine, give me a schedule soonest, let’s do this.”

Over the top is a real mind fuck, it’s very black, if it weren’t for navs, humans would get hopelessly lost up here. Most don’t travel this path due to Fuel constraints, we don’t have that issue.

We left at 0400 and 1700 respectively and headed out at nominal speed, JR for Ceres and then up, while Valkyrie aimed for Mimas direct, the controllers at L5E were not amused at our trajectory, but what can they do? L5E was a defenseless colony of cylinders that survived out of need and luck. On day 13 we prepped for our flex shot, dipping into Mimas’ thin atmosphere to slow a bit, then the big flip and reverse thrust, 2 days of hard braking, and we were in place, invisible, waiting for the mining fleet.

We saw the Gibbons coming in hot, but I knew the commander enjoyed it, and parked perfectly. While the fleet gathered, Bob requested my presence for dinner, it was time to talk about our next moves.

“Kit, we have the Marilee on station at 200k, she can drop stealth there and no one will notice, and will come in as a lonely prospector, the men are all ready, and she is well armed, let’s put out some bait” I agreed and we waited.

2 weeks, 2 rocks captured and sent on trajectories toward our in belt ships, to be guided into place in the belt for easy retrieval. We were ready to let the mining ships begin when I got the call, Tuyani! Fuck! Why were they here? I told Bob this was a problem.

Human vessel, why are you here? You have been given the Warning, go to your Home worlds, where you belong.

Bob had his men pulled from the rocks they were on, and stood down, silent, it was then I made my move,

“ Bob, do you see this?” The sound of his reply told me all I needed to know, “ Between us, our ships can do this in one shot, enough of them hemming us in! Kit, wanna be a Hero? Now’s your chance lad!” He was right, it was now or never, so I sent the command, Fire!. 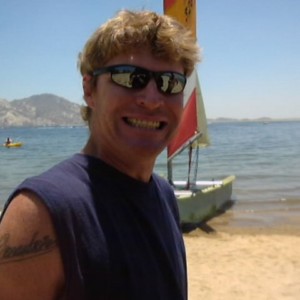