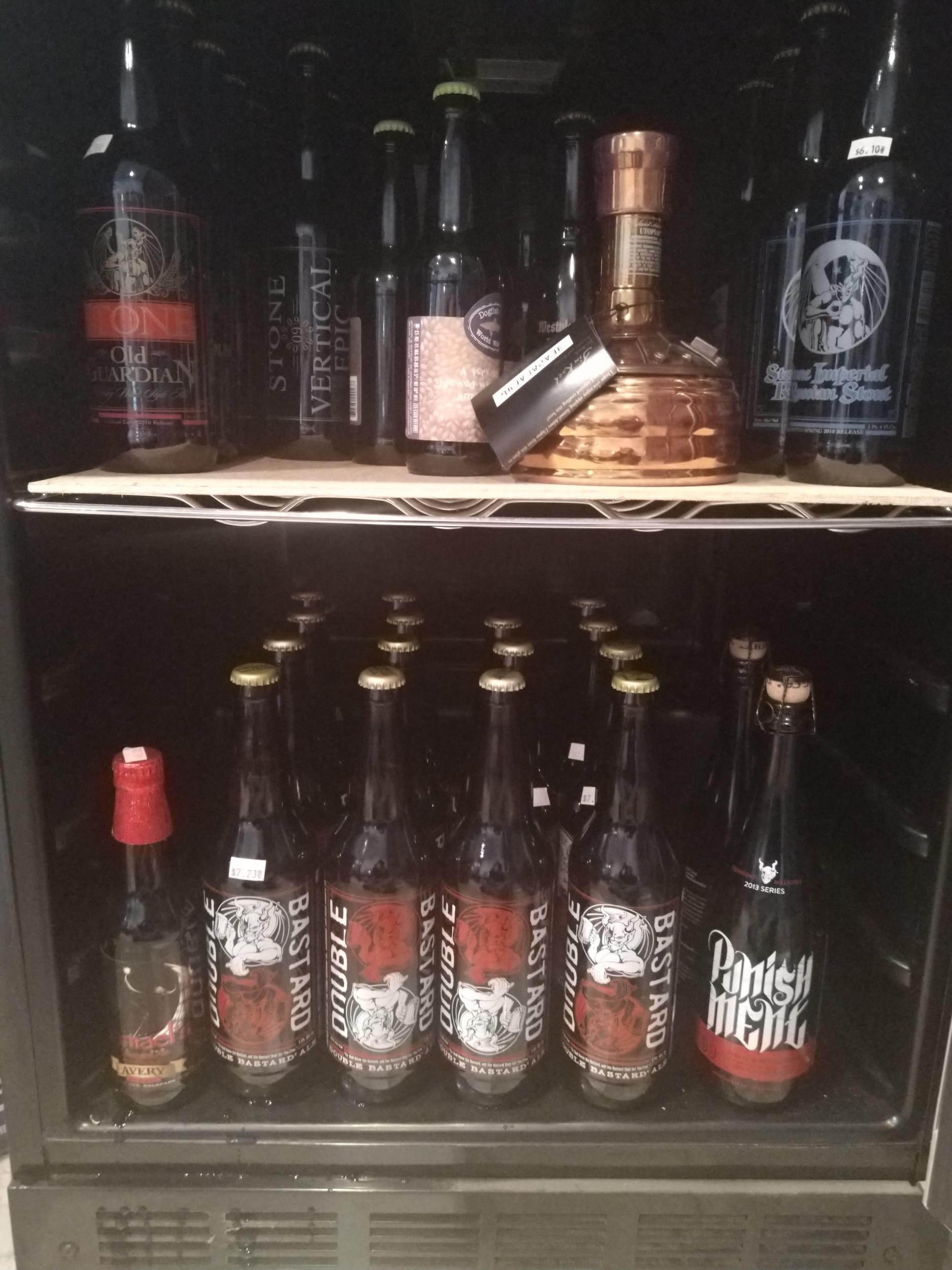 Into the cellar. Or converted wine fridge if you must be crass.

In the before times, the long long ago, I liked beer. I still do, I just don’t drink it very much, maybe every month or two. In fact, I may have been what’s commonly referred to as a ‘beer snob’. And I like IPAs. That’s fine, bring the hate, I can take it. That said, I was/am very fond of stouts, dunkles, scotch ales, almost everything besides light lagers, though a well done one is OK too. However, unlike many, I seem to be very sensitive to carbs. If I’m eating – or drinking – lots of carbs, I’m going to be heavy. Big boned even. So 5-6 years ago, I started downthe low carb/keto (this January has been carnivore month!) route and my beer drinking and collecting basically stopped.

Collecting? Yes, I bought up lots of ‘big’ (high alcohol) beers for aging and building vertical tasting batches. Between a dedicated small wine fridge converted to a beer fridge (conversion = plywood shelf) and an old standard fridge in the office, at one time I had 150+ beers ‘cellared’. In addition, I was brewing 5-10 gallons a month. Over the keto years, brewing went to 0 and the cellar slowly dwindled between my infrequent tasting and rare parties where I forced people to drink old beer. I was looking at the nearly empty small fridge the other day, taking inventory of the dwindling stash and thought to myself, “Hey, I’m sure everyone at glibs would love an expose on my beer fridge!”

I never collected to much of Avery’s – but I had 2006 and 2007 Mephistopheles Stouts, some Samael’s. But one summer, my dad was staying with me for a bit and his girlfriend came by for a week or so. While I was out of town for work. I told her to help herself to the fridge, not really thinking about the fact that this description included the small fridge with all the fancy bottles on top nestled in a corner of the library. I returned to find my stash of high end aged Avery decimated, only a single 2006 Samael’s survived – and still does! It is there to be drunk of course, but I’d prefer by someone who isn’t indifferent to beer… lesson learned.

So besides those what remains? Well, from across the pond there are a couple of Brew Dog, some Westvleteren and some Harviestoun. 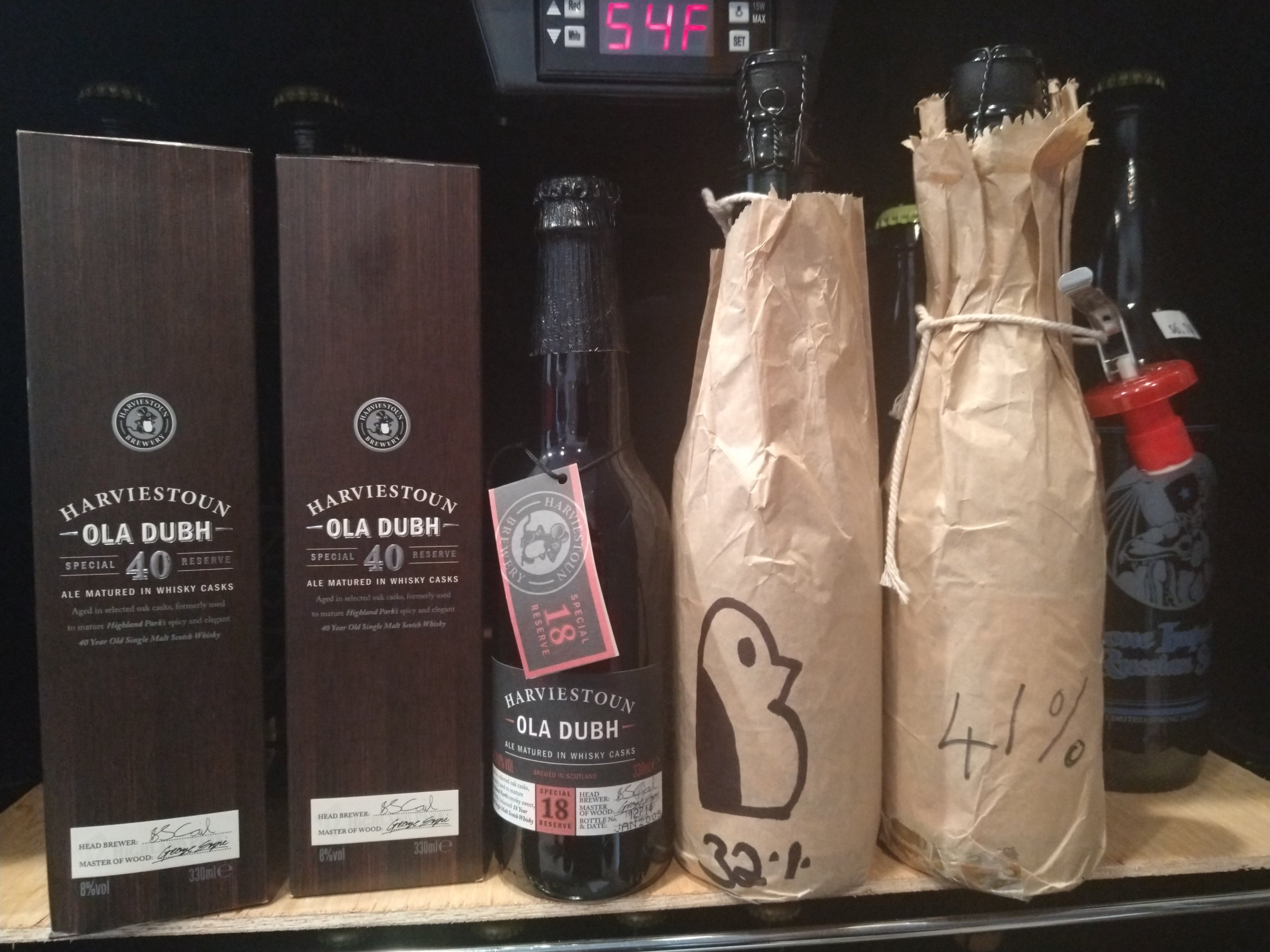 Some of the European contingent. Left to right, Harviestoun Ola Dubh 40, 18, BrewDog Tactical Nuclear Penguin and Sink the Bismark

I only have 2 Wesvletern 12’s left (yellow cap poking up behind the BrewDog in the foreground). One is from the ‘recent’ (only?) US release they did in 2012, reportedly to raise money to repair their roof! The other was bought as it was supposed to be, directly from the Abbey in 2008, courtesy of a colleague who drafted some of his students to get enough people to buy a couple of cases. One 6 pack came home with me in my luggage and only one lonely bottle remains.

Brewdog is the 2 paper bag wrapped bottles, on the left, Tactical Nuclear Penguin and on the right Sink the Bismark. TNP was ‘brewed’ in 2009, StB in 2010 when Brewdog went back and forth with a German brewery to own the title of world’s strongest beer. Brewed in quotes because these are actually ‘ice’ beers, where the base beer is frozen, the water ice removed and the remaining liquid is thereby fortified. This were procured by a friend in England and I transported them home in my luggage. Are they any good? My friend bought a couple of the TNP and we did try one of them back then; OK, not great. Maybe they age really well. Not sure when I’ll try the aged ones!

We did do a tour of Scotland in 2009, driving from Manchester UK up the east side of the Island to Fraeserburgh across over to Isle of Skye and back down the west coast to Manchester. At this time Brewdog had not expanded beyond their original brewery in Fraeserburgh, so we dropped in on them. Once they got over the consternation of having their work day interrupted by 4 jackasses, we got a tour and tasting from one of the owners (guy on the left in the Sink the Bismark link).

As part of that Scotland trip we stopped at Harviestoun Brewery, just north east of Edinburgh. At the time, I think the only beer they had available in the States, at least in my neck of the woods, was Old Engine Oil. The only person at the brewery was the head brewer and he was ecstatic to have visitors interested in his beer. We spent 2-3 hours there going through everything from the grain delivery and milling, down to the brew floor, talking shop. Not much better than huge bag of freshly dried hops. I felt like Jim Koch in that Sam Adams commercial grabbing a handful of hops stuffing his face in em. We grabbed a bunch of beer there, including the whole sequence of their whiskey barrel aged Old Engine Oil dubbed Ola Dubh. The beer is aged in barrels that vary from 12 year to 40 year – the whiskey was aged that long, not the beer! All I have left from that 2009 series is 2 bottles of the 40 year and one of the 18.

Speaking of Sam Adams, I have 2011 Sam Adams Utopias. This one comes in at 27%, but unlike the Brewdog gimmick, they are actually brewed to that alcohol level, not freeze distilled. Boston Beer spent years selecting/breeding yeast strains that could withstand increased alcohol levels; generally, standard beer yeasts drown in their own excrement in the 10-12% range. But over the years, they bred a hardy yeast that can actually convert up to this high levels. This bottle is opened, about 1/2 of it left. It’s a very good sipping aperitif and has been re-sealed for a special occasion. 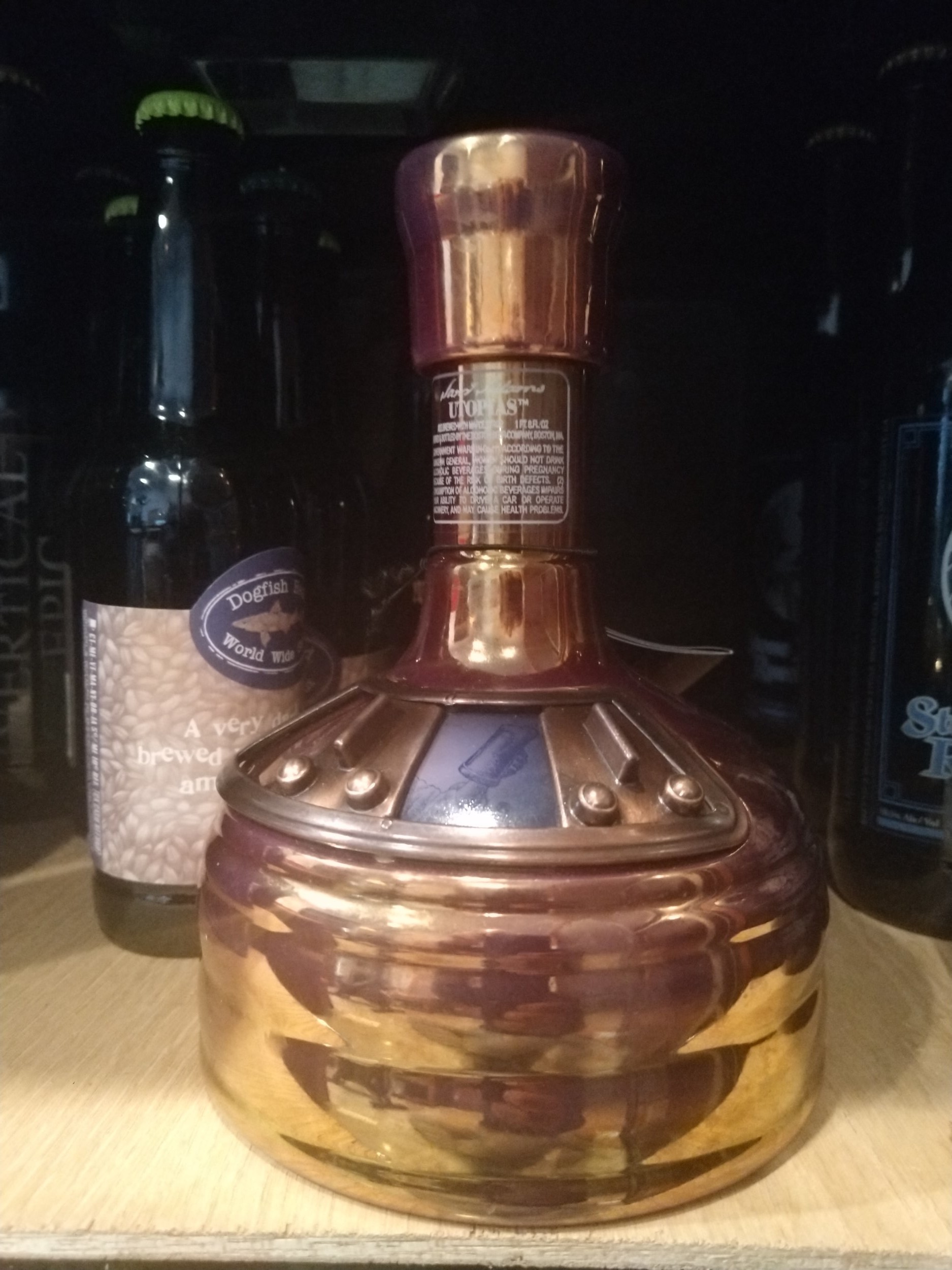 Now as you might be able to tell from the first picture, Stone Brewing was probably my favorite brewery, and I was especially fond – still am – the Double Bastard strong American ale. But I also liked their anniversary ales, the Old Guardian barley wine, Russian Imperial Stout, and for every day drinking, the Arrogant Bastard or Sublimely Self Righteous black IPA which started life as their 11th anniversary release in 2007, but proved popular enough to make it into regular rotation. So what remains in my beer fridge is largely some segmented verticals of Stone. From 2002 to 2012, Stone did a Vertical Epic series. It was a bit of a strange ‘vertical’ in that the style changed every year, so it was kind of hard to compare year over year; but we polished off my vertical series in an alcohol soaked thanksgiving several years ago – I think I was only missing a 2003 in the series. I did double up on some and so still have one bottle each of the 2007, 2008, and 2009. I did drink the 2010, 2011, and 2012 late last year and they were very good and held up well.

Probably my favorite Stone beer was the Double Bastard. I bought lots of that! So I have two 2006-2013 (16 bottles total) sequences left. Just waiting to have enough drunkards around to go through one or both of those. Around the same time as the Vertical Epic tasting – 2015-2017-ish, we did a 2005-2014 tasting on Double Bastard. While obviously very similar, they were subtly different, and it wasn’t linear. If I recall, they tended to get “better” for some value of the word better back to about 2008, then the 2006, 2007 were maybe a bit off, but the 2005 was the best of the bunch. We’ll see if that hold  up with 2006-2013 sequence when I get around to it.

I have more to drink than I thought!

Oh, and you may have noticed the two bottles in the lower right in the first image. A big miss from Stone, Crime, and Punishment, chile beers released in 2013. I won’t even link to them, they don’t deserve it. Crime was “Lucky Bastard” (blend of Arrogant, Double, and Oaked Arrogant) with fresh chilles added, and Punishement was 2013 Double Bastard similarly violated. They also did something called Southern Charred which was 2012 Double Bastard, violated with chilles and aged in oak barrels – never found a bottle of that. But I did try “Crime” when it first came out. Now I like chilles, I like em hot, and I love(d) beer, but this was a god-awful combination. Way too overpowering on the heat, bordering on undrinkable. In fact I think I dumped most of it. Then put the other bottles in the back of the fridge and forgot about them. Maybe I’ll try cooking with them some day. 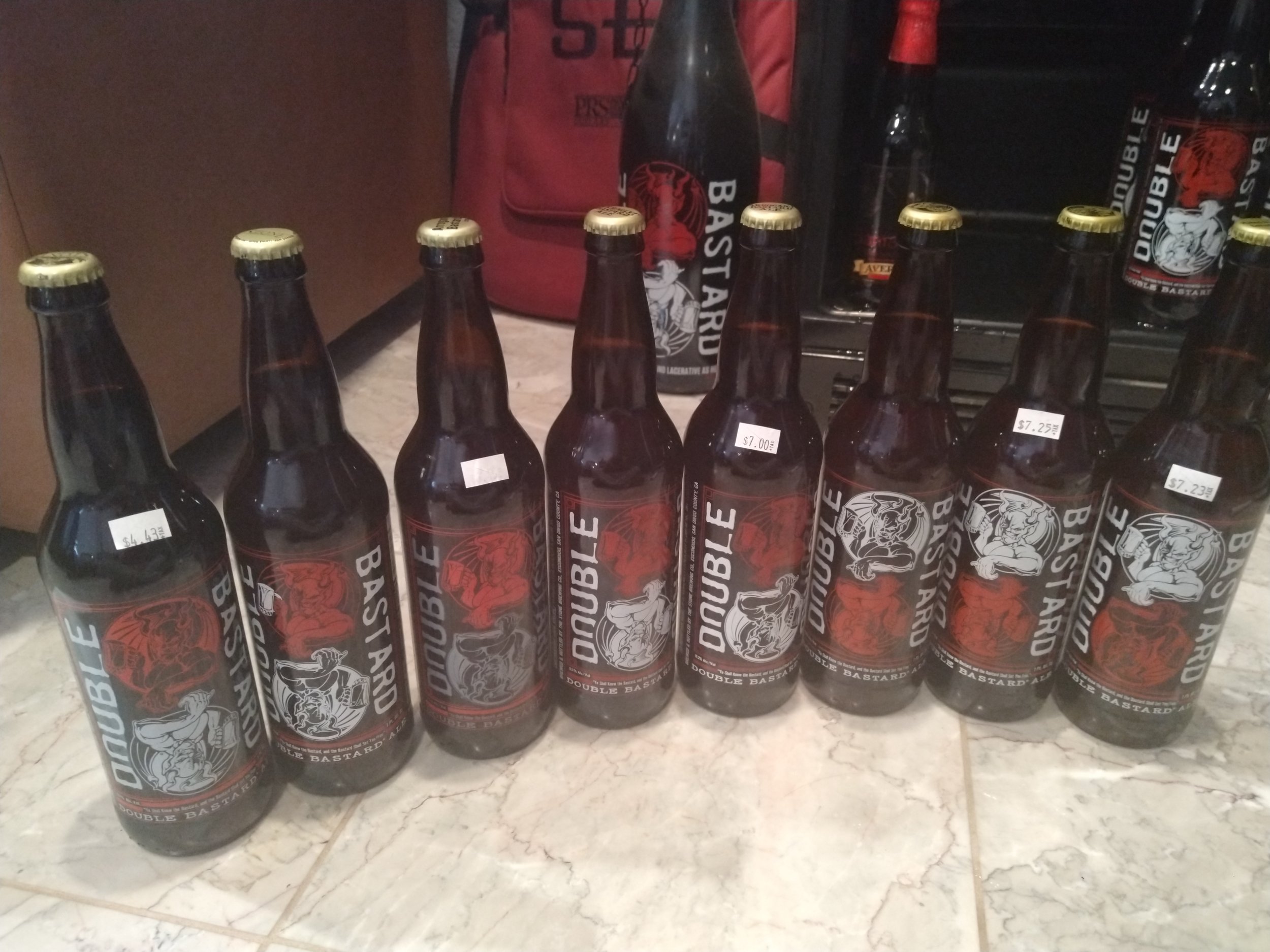 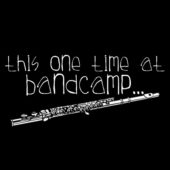