It’s no secret that I am not an aquafile. I think natural bodies of water are scary and alien. That’s not to say I haven’t been in them – I’ve experienced Lake Champlain, Lake Erie, the Atlantic (both North and South), the Caribbean, and the Mediterranean, both above and below the surface. I haven’t been the biggest fan of any of them. I got very seasick snorkeling over a reef in the Bahamas, for example.

Or, yes. In this miniseries, I’ll share the research I did, what the actual cruise was like, and lessons I learned. If you have never been on a cruise, are mildly curious or totally repelled, follow along with me, a major thalassophobe and misanthropic cruise skeptic. Will I ever do another cruise? Stay tuned for the answer!

So when COVID insanity derailed my 50th birthday plans, and my dad suggested a cruise, I was skeptical. I tried to convince him to do an Alaska cruise, but he thought we should celebrate my actual birthday on board a ship at the end of March (Alaska cruises don’t start until May). That pretty much means the Mediterranean, Pacific, or Caribbean. The Med was out, as travel to foreign lands is more hassle than it’s worth at this point. The Pacific, while intriguing, was too far afield. 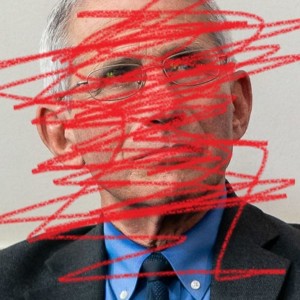 Caribbean, then. I was not enthusiastic about hot-weather destinations, except for one thing: St. Maarten. The island is home to one of the most famous planespotting locations in the world (probably the most famous). I would do a cruise that stopped in St. Maarten. That was a hard-and-fast requirement. I would get to fulfill a huge dream for my 50th birthday. The lure was set.

I could travel from the Free Republic of Florida, which eases COVID burdens significantly, though vaccines and testing are required to board the ship.

We (my dad, his wife, and me) would be cruising on the venerable Holland America Line (HAL). No choice in the matter for me, as my dad has “status” with them and can earn points and deals, mostly due to his considerable blackjack play while on board.

It was up to me to research and find a sailing on HAL, and thus my planning begun.

It wasn’t difficult for me to find a cruise, given the limitations set between my dad and myself. Must be Holland, must stop in St. Maarten, must be on or around my birthday. I originally found a 14-day cruise that had an actual organized excursion to Maho Bay, aboard a party boat. The boat would anchor in the bay, they would announce the flights as they approached the airport, provide drinks, snorkeling equipment, and pool noodles. Perfect! That cruise was cancelled. Back to square one. Because the wasn’t another sailing that stopped in St. Maarten, I started to consider other options, such as a land-based trip to Hawaii.

Then, miracle of miracles! HAL added a new cruise: 11 days to various Caribbean islands, including St. Maarten! There was no organized excursion to the airport area, so there was a risk that the island would be too COVID-restricted to allow us to travel around on our own. In fact, this idea began to creep into my thoughts and cause me some anxiety. I was really worried that I would be forced to sit in a port just a few miles away from the experience of an avgeek’s life.

But we booked the cruise and crossed or fingers and then I got into the meat of what a cruise is actually like.

You’ll be shocked – shocked! – to know that I am prone to deep-diving on topics I know nothing about or have no experience with. To say I knew nothing about cruises, cruise lines, cruise ships is an understatement. I went to the source of all things insider-knowledge: YouTube. I found a few channels that were at least mildly entertaining and started watching. I learned about buffets vs. dining rooms vs. “specialty dining”; inside rooms and ocean view rooms and balconies, both inside and out (yes, there are inward-facing balcony cabins on some mega ships, such as Royal Caribbean’s Wonder of the Seas); excursions; sea days and port days; duty free shopping, casinos, and the dreaded art auctions; demographics; bargain cruises vs. luxury; and everything in between.

Interestingly, not many YouTubers traveled on HAL. I think this comes down to a couple things: a) HAL’s age bracket skews much older than your average YouTube viewer, b) HAL doesn’t court the social media market, at all. I did see a few reviews on HAL’s ships, and one or two specific to the ship I would be sailing on, Nieuw Statendam. 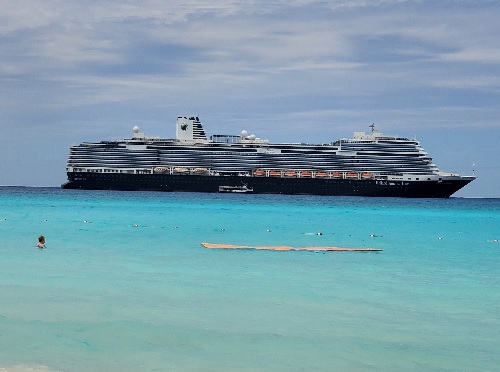 I did find and enormous amount of information on other cruise lines, and cruising in general. The information gathering both gave me hope that I would enjoy myself, and filled me with dread (four words: “assigned dining room seating” or two words: “gala night”).

Next up: what did I learn from YouTube? Some stuff about cruise jargon and “culture”/etiquette/procedures.