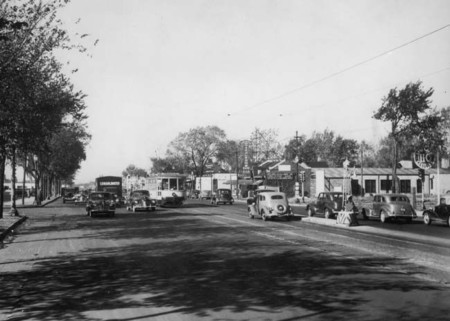 “Dominik and Jacab Szabo,” Penny had told him the night before, “are brothers.  They don’t look like much, but they’re steady.  I’ve worked with them once or twice.”

“Just worked with them?”  Ad and Penny had been sitting on another cheap bed in another cheap motel, this one in St. Paul, Minnesota.  The cheapness of the bed hadn’t prevented them from giving the mattress a damn good workout only minutes before; they both sat up in the bed now, naked and sweaty, discussing the next day’s planned meeting with the Hungarians.

Now, sitting in the diner with a half-eaten hamburger and a cup of coffee in front of him, he looked at the Szabo brothers and thought the same thing:  Fucking Hungarians.  He knew he was being irrational.  But somehow, where the brothers were concerned, he couldn’t make the irrational dislike override the thinking part of his brain.

What Penny hadn’t told him about Dominik and Jacab Szabo was that they were identical twins.  Both were unassuming at first glance – about five-six, stocky, swarthy, with unkempt, curly black hair.  They wore identical trousers and garish green and yellow checked jackets.  Both brothers gave off an overwhelming smell of cinnamon hair pomade.

When Ad had commented on the jackets, Dominik – or was it Jacab?  One of the brothers had grinned and said, “Bad, yes?  People see us, they remember the coat, not our face.”  His use of the singular was appropriate; when the Szabo brothers were born identical twins, they grew up, well, identical.

Ad didn’t trust himself to comment on the pomade.

“Do you have the hardware I asked you about?” Penny asked.

“In trunk of car,” one of them said.  “About six blocks from here.  In an alley behind a grocery.  Grocery is closed.  Nobody goes back there.”

“Let me finish my sandwich,” Ad groused.  He’d paid for the damn thing, he figured he may as well eat it.  With the others staring at him, he wolfed the rest of the hamburger, drained the coffee, wiped his mouth with a napkin.  “All right,” he said.  “Let’s go.”

They walked down the sidewalk, the Hungarian twins leading the way.  It was late, the sun’s rays struck low from the west, casting long shadows up and down the east-west street.  Six blocks, and they turned into an alley.  A 1931 Packard was parked next to a row of trash bins.

“Here,” one of the twins said, producing a key.  He unlocked the trunk.  Ad stepped forward, looking inside…

Laying in the trunk was a wooden box containing two Colt Official Police revolvers and a box of cartridges, and next to the box a 12-gauge double with the barrels cut down to about sixteen inches.  But what had really caught Ad’s gaze was the fourth piece:  A 1921 Thompson with a hundred-round drum.

“Good for intimidate the customer, yes?”  One of the Hungarians slapped Ad on the back.  “That be your piece, I think.  The lady can have shotgun.  Jacab and me, we take revolvers, we do carrying.  You do intimidate.  The lady, she covers our backs.”

“How much ammo do you have for it?”  Ad looked around to make sure nobody was watching, then picked up the ‘Chicago typewriter’ and hefted it – it was heavy as hell, but he was sure it would intimidate, just as the Hungarians said it would.

“One drum, that’s all.  That should be plenty, eh?  A hundred bullets?  No problem, plenty ammo.”

“But you will if you have to?” Penny asked.  She had picked up the shotgun and was examining it with a critical eye.

“I spent six years in McAlester for armed robbery,” Ad snapped at her.  “Just got out a week ago, remember?  And because you took off on me in the middle of the last job in case you forgot.  I’d rather not get set in the electric chair for killing some old man, no matter how rich the bastard is.”

Penny put the shotgun back in the Packard’s trunk.  “Look, lover, you’d better be committed to this deal.  If we go through, we go through, all the way, you got that?  I can always find someone else to partner up with, you know.”

Ad shook his head.  “No,” he said.  The last thing he wanted was Penny getting itchy feet; despite himself, he was still as taken with her as ever.  “No, I don’t want you to do that.  I’m just getting nervous, that’s all.  I barely been out of the can a week, you know, and here we are planning another deal.”  He placed the Thompson carefully back into the Packard and closed the trunk.  “All right?  I’m nervous.  I’ll get over it.”

She turned to the Hungarians.  “We’ll meet, then, in Wisconsin.  Just like we planned.  You boys have the time and place down, right?

The Szabo twins nodded, grinning.  “Igen édesem,” one of them said.  “Yes.”

Ad and Penny headed back for the sidewalk as the Hungarians climbed in the Packard and drove off down the alley.  “Sorry about biting your head off back there,” Ad felt compelled to say.  He looked at Penny and grinned.  “Guess I ain’t quite used to being out yet.  Still feels like a bull or a yard snitch is looking over my shoulder.”

Penny took Ad’s hand.  She was smiling.  “You sure got used to fucking again really quick.”

“Don’t need to get used to that,” Ad chuckled.

They had walked from their hotel to the meeting with the Hungarians.  As they walked back, Ad noticed a small neighborhood bar, open but looking quiet – the rampant fun of partying during Prohibition had been replaced with the austerity of the Depression.  But Ad still had most of his prison pay in his pocket.  He stopped and hooked a thumb at the bar.  “Whattya say to a beer?”

They found a table to themselves, in the back, facing the door.  One beer became several, as they quietly went over their target for what Ad thought of as ‘the deal.’

“Old guy’s almost seventy,” Penny told him again.  “When Black Tuesday hit, he decided to take his money out of the bank.  Keeps it in a strongbox hidden under the floorboards in his attic.  Figures he’s safe, but it’s a big house in a quiet neighborhood, not too many other folks close by.”

“Thanks to your cousin, I guess,” Ad said.

“Yep.  If she hadn’t been the guy’s housekeeper, we wouldn’t have a clue as to where he keeps his stash.  Guess that’s worth cutting her in for ten percent.”  Penny took a pull at her beer.  “Bastard shouldn’t have hit her up.  Old fucker like that should keep it in his pants.”

Ad thought about that.  He sure hadn’t been keeping his in his pants lately, but then, Penny wasn’t really objecting to the attention, either.  “I suppose,” he said, “we should get back to the hotel.”

“Don’t want to keep yours in your pants either, eh?” Penny smiled evilly.  “Fine with me.  Let’s go.”

Ad awoke that night, again, well after midnight.  His head hurt; he was still getting accustomed to drinking again.  He thought about going outside, but when he stood up, he could hear a hard rain beating down on the parking lot outside.  Somewhere in the distance, he heard a train whistle.

He sat down in the room’s only chair and lit another cigarette.  He looked over at Penny’s sleeping form, barely visible in the dark room.

Guess we’re two of a kind.  Hope it lasts through this job.  This time, if one of us breaks and runs, it won’t be me.

I wonder if this is what love is.  I wonder if either of us deserve it.

We eat and we drink, we feel and we think

Far down the street we stray

I laugh and I cry and I’m haunted by

Things I never meant nor wished to say

The midnight rain follows the train

We all wear the same thorny crown

Soul to soul, our shadows roll