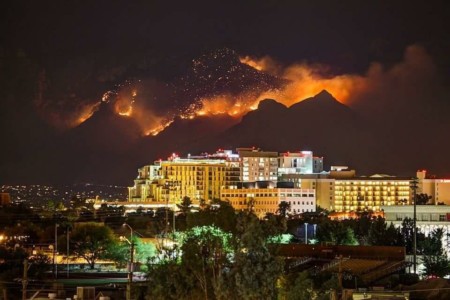 Yes, yes, everything is going to shit, blah blah.  Same as it ever was, amirite?  But this too shall pass – the current scene contains irreconcilable contradictions, and what can’t go on forever, won’t.  Consider:

Banks and Finance.  The central banks and the financial masters of the universe have their collective asses in a crack.  The Federal Reserve has vomited forth a tsunami of money, mostly, I believe, in service of keeping the portfolio value of the financial masters of the universe intact.  That tsunami is almost entirely in the form of the low interest bonds which are embedded now in every portfolio.

No matter how fast the bankers and the vampire squid of the financial system drive off the cliff, they won’t reach the other side.  In the long run, math always wins in the long run.

Wokism.  The totalitarian leftists infesting our government and the overculture are pushing an ideology that insists that all of society accommodate the most mentally, emotionally, and physically fragile.  However, the machinery of accommodation cannot resolve the inherent conflicts that this ideology creates.  OK, fine, every child must wear a mask in school, forever, because of the potential harm to the small handful of immunocompromised children.  This demand also creates an equal and opposite demand by those who can demonstrate (easily done) that masking creates harm for their children.

You can’t accommodate everybody, so the ideology has an inherent contradiction and is unsustainable.  This same dynamic pervades much of wokism – see, also, accommodating male trans athletes by disadvantaging female athletes, the favored class of yesterday.  Wokism will collapse, because it is a zero sum game (at best), and must collapse.

Sure, you can demoralize some of the people some of the time, into believing that Current Day’s favored class requires everyone to bend the knee, but you can’t demoralize all of the people all the time.  Reality is still real, oppression is still visible, and ideological (which includes religious) revolts against a detached, lunatic ruling class hostile to its subjects have been a feature of human history.  It would be foolish indeed to believe that the groundwork isn’t being laid right now for such a revolt.

Just as math always wins in the long run, so will the reality which wokism attempts to deny.

The Great Reset.  Much is made of the World Economic Forum and the Great Reset, to be implemented through pervasive economic and cultural control via all-digital currency and social credit scoring.  I believe that this is a fundamentally backward-looking program, intended purely defensively to stave off the coming challenges to the globalist ruling class.  As a reactionary program, it can be nothing more than temporary (if it comes to pass at all – it will require a collection of sociopaths to work together in their common interest, which seems unlikely).  The post-war (whether you mean WWII or the Cold War) world order is passing from the scene; what will replace it, I don’t know, but it won’t be a rearguard action by the ancien regime, which is all the Great Reset is.

The Barbell and the Bell Curve.  A free, undistorted society that has escaped the crab bucket of subsistence will tend toward a bell curve, because people tend toward a bell curve.  This means a substantial middle class, which has enough economic cushion and power to be pretty hard to push around – see the American economy and society for much of its existence.  This, naturally, is why the current ruling class is trying to exterminate the middle class and create a barbell society – a big cluster of impoverished, dependent, and powerless subjects at one end, and the ruling class and their sycophants at the other end.  You can see barbell economies and societies like this in a lot of places, and to be honest they can be pretty durable.

But outside of subsistence economies, a barbell economy (and society) is fundamentally parasitic.  They rely on wealth creation from either resource extraction (see, any petrostate or similar) or from other, less distorted bell curve economies (see, those emerging economies, including China, dependent on exports).  If everybody is a parasitic barbell economy, it doesn’t work any more.  A lamprey population can’t exist in isolation; it needs to feed on something other than itself.

The middle class is under siege, but it is also the default state of an advanced economy.  While the ruling class may well think they will be satisfied to rule over the ruins of a subsistence economy, they don’t get the only vote (and they are unlikely, in fact, to be satisfied – the perks and luxury to which they have become accustomed are unavailable in a subsistence economy).  The erosion of living standards to (and beyond) that point is what creates revolutions.  People will put up with a lot, but they won’t put up with the constant, ongoing degradation of their living standards forever.  Sooner or later, the distorted barbell society will break its teeth on human nature, now that everyone has seen that mere subsistence is not something they need to settle for. 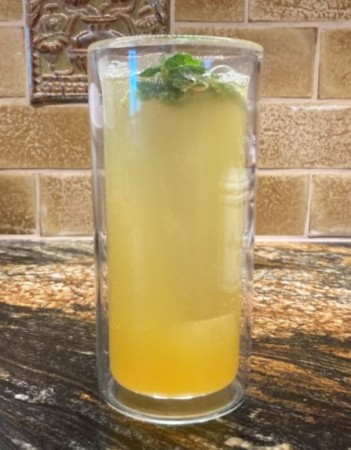 Cocktail.  And of course, a cocktail!  Those of you (both of you?) who read to the end of my meanderings will recall that last episode I was quite taken with the Chinola passionfruit liqueur.  A little poking around on the intertubes turned up recipes for a passionfruit mojito, which with a little tweaking produced a cocktail which is way too drinkable.  As in, you better put it down and walk away periodically or you will guzzle it in a few minutes.  Or, just slurp it down!  I’m not the boss of you.  Everything is voluntary!

Muddle the mint leaves in your shaker.  No need to smash into a green goo; just slap them around some.  Add ice to the shaker and the rest of the ingredients, shake, and strain into a highball glass with ice.  Top with club soda, give a quick stir, and garnish with a mint sprig.  Pretty much a basic mojito, only with passionfruit liqueur.  The liqueur adds sweetness, so you may want to dial back on the simple syrup/Dolcedi.  Like a good mojito, crisp and minty and very drinkable, only with passionfruit flava to bump it up. Dolcedi is supposed to be lower glycemic, which is why I use it instead of simple syrup.

Remember, flowers bloom even in the desert. 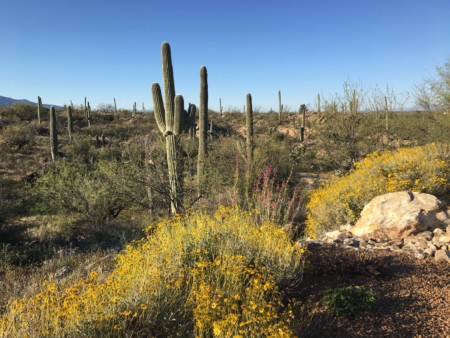