My May Pantry Challenge

Recently, I’ve been watching lots of gardening videos on YouTube.  Specifically, about trellising squash and melons.  My garden is small, and I want to get as much as possible out of it.  Watching gardening videos causes YouTube’s algorithm to serve up homesteading videos (I don’t want chickens).  And back in January of 2021, many homesteaders did a pantry challenge where they had to only eat things in their pantries – no grocery stores allowed.

This made me think about my pantry.  I am not prepped for the zombie apocalypse – more like a bad storm or a job loss.  But, I’ve never tested my system and decide that I would test my prep by not going to the grocery, wine, or liquor store for one month.

I decided to do this on May 1, 2022.  I went grocery shopping on April 30th but hadn’t planned on doing this and didn’t buy about half my list because my bill was approaching $100 and I decided I could wait.  On May 1st, I kinda regretted that, but thought it would give the test a little more verisimilitude. What if I lost my job tomorrow?  How awful would it be in terms of what I had to eat?  I have long thought it wouldn’t be a big deal and now I’m about to test it out. I do expect a meat shipment mid-month. I subscribe to a delivery service and if I lost my job tomorrow, I would take the next shipment and then cancel the rest.   I’ll report back in June on how it went.

What do you prep for? Have you ever tested your prepping system?  How did it go? 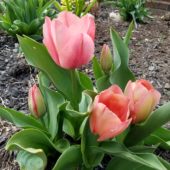