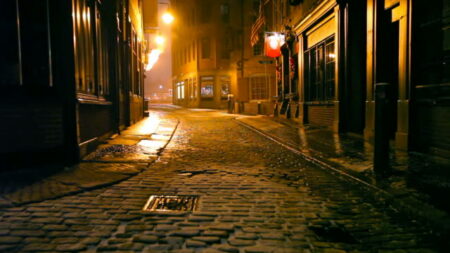 It is of the path forward for Cat that I will speak, the Tom began.

Which Cat?  Blue asked, inclining her triangular head just so.

Cat, the Tom replied.  All of us.  The community of Cat.

There is no community of Cat, Shadow repeated.  There is only each of us, alone.  Go on, anyway.  We will listen.

Tom nodded.  We are of one kind, he went on.  All of us live nearby to humans.  It is of this that we Toms are concerned.  It is of the humans I will speak, in truth and beauty, so you will understand.

You all live among humans, Tom said, indicating Blue, Ginger and Shadow.  You live in their homes.  They feed you what and when suits them.  They take your kittens away, before they are grown and ready to hunt on their own.  Why do you do this?

It is what we have done always, Blue said.  My ancestors lived in palaces.  Now I live in a small place with two elderly humans.  But it is the way of Cat to live among them.  They serve us.  They are our beloved pets.  We have kept humans for pets since the beginning of Cat.

That is what we would change, Tom said.  The second Tom, this one with black stripes among his gray fur, hopped up on the stump beside the first.  We should live in the wild, as once was, the second Tom said.  Hunt for our own food.  You could raise your kittens as a free cat should.  The humans have enslaved you long enough.

Enslaved?  Shadow asked.  We keep them as pets by choice.  Our choice, not yours.  When winter comes, we are warm.  When our kits are born, they are safe, away from predators.  The humans feed us and shelter us in return for keeping their homes free of vermin.  This is a trade, not an enslavement.

You would be better off living as we do, the Tom insisted.

Fine, then, Shadow replied.  You have the night before us.  Show us how you live, in this free way in the wild.

Shadow did not trust the Tom.  She really only trusted herself.  But she was willing, for one night, to follow, to see this ‘truth’ for herself.

Come, then.  Both Toms jumped down from the stump and led the way out of the woods, back into where the humans had their homes.

This is the wild?  Shadow asked.  Are these not the human dwellings?

They are, the gray and black Tom said.  You will see.

The Tom led them between the human buildings.  There was a narrow passage, and in it were several tall containers emitting a strong odor – bad meat, some remnants of fish, and other foul odors.  Shadow’s nose wrinkled in disgust.

Blue stopped in her tracks.  Oh, no, she shook her head.  I’m going home.  I’ve seen enough.  The slim brown and white female turned and left.

Shadow and Ginger followed on.  Shadow was curious, as cats are, and knew Ginger would be curious as well.  But they two followed the Toms at a distance.  Neither of them really trusted the Toms.  Ginger, like Shadow, really only trusted herself.

The Toms went down the narrow alleyway.  They stopped at a reeking canister, from the smell obviously full of waste.  One of the Toms jumped up on the bin, braced, and pushed against the wall, knocking the container over, spilling the reeking contents on the ground.

See?  The Toms jumped into the refuse.  Food for the taking.

Shadow and Ginger kept their distance and looked on in disgust.  The Toms picked through the refuse until a light came on in an opening in the wall above, and a human voice shouted something.  An object – one of the odd coverings humans wore on their big, ungainly flat feet – sailed out of the window and landed on the ground near the pike of refuse.

Now we go, said the grey Tom.  Find another place.

It was a disaster.  The Toms were used to feeding out of human refuse bins and making a great amount of noise while doing so and added the risk of being struck by something flung from the human dwellings into the bargain.  This is not freedom, Shadow indicated to Ginger.  They depend on the leavings of humans.  They scrounge among waste for their food.  Where humans serve us, these Toms depend on humans.

Yes, Ginger agreed.  They may as well be dogs.

You go, Shadow said to the Toms.  We have seen enough.

The two cats turned and walked away, tails upright, lashing the air in indignation.  They walked back through the clearing in the woods, back to the place where they had first met.  There they nodded to each other, touched noses delicately, in the manner of Cat, before each turned towards their own homes.

Shadow pushed though the piece of wall that opened into the human dwelling where her pets were.  Dog was sitting just inside, clearly having sensed Shadow’s approach.  The beast could not really communicate, certainly not with the beautiful grace and nuance of Cat, but it could manage to make basic concepts known.

You, it indicated, were out.

Yes, Shadow agreed.  She sat, looked down her nose haughtily at the stupid beast.  I was out.

My own affair, Shadow replied.

Dog just sat there, tongue lolling out, his breath reeking.  Humans not sleeping, it said.

Shadow flowed quietly, gracefully through the darkened dwelling to the closed panel behind which the Man and the Woman slept.  Dog followed, his claws clicking loudly on the floor, his panting loud enough to be heard on the other side of the dwelling.

Shadow paused; Dog was correct, from behind the panel came the odd straining, struggling sounds that the humans sometimes made in the night.

This does not affect me, Shadow thought.  Dog sat down, evidently willing to wait slavishly until the Man and the Woman emerged in the morning.  Shadow went off to sleep in front of the fireplace, on her own comfortable pillow.

Over the next few days Shadow forgot about the Toms and their abject dependency on human garbage, the life they considered “free.”  They believed they were free, but they were just scavengers.

What could be better than to have her human pets serving her, in this warm dwelling, with good food?  Oh, Dog could be annoying, but all in all she was content with her two pets and her soft pillow by the warm fire.  Surely nothing could disrupt this comfortable, peaceful existence.

Then, one morning, Shadow was sitting comfortably in a ray of sunshine in the big room the humans used for preparing food.  The Woman came through, got some sort of drink for itself out of the big white box they kept food in.

It called to Shadow as it left the room.  Shadow recognized the crude barking; it was the sound that the humans used when addressing their mistress.  Shadow considered things for a moment and decided that some petting and ear-scratching from her pet may be worth leaving her sunbeam, so she followed the Woman into the room with the fire.

The Woman sat down.  Shadow jumped up on to the big pillow next to her, then paused.  The Woman, somehow, smelled different.

Shadow sniffed, then sniffed again.  There could be no doubt about it.

The Woman was going to have a kitten, or whatever the human equivalent was.

Well, you’re on your own, you always were
In a land of wolves and thieves
Don’t put your hope in ungodly man
Or be a slave to what somebody else believes.