The Hat and The Hair: Episode 51 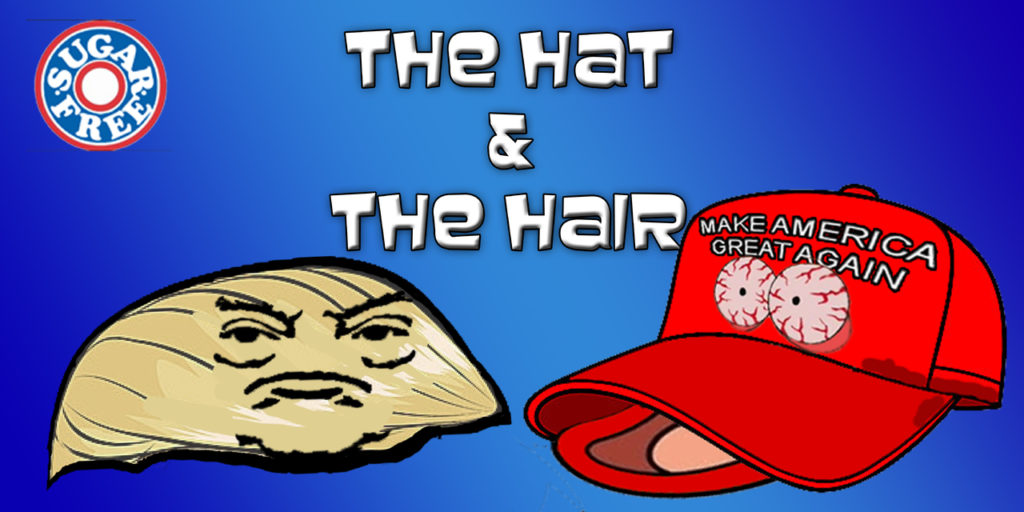 “Are you nervous about seeing Vlad again?” the hair asked.

“Don’t Twitter at me, Donald,” the hair told him. “You haven’t seen him since the primary and I was worried that you might be a little nervous.” He had been left on the nightstand and the numerals of the clock radio lit him from behind with a soft red glow.

“I don’t wanna talk about it,” Donald insisted. He rolled away from the nightstand and pulled the hotel duvet over his bald head.

“Donald, you really need to work out your feelings about Vlad before you see him later. You too had a very long relationship that you had to hide the entire time.”

“Will Angela be there?” the lump of bedclothes asked.

“ANG-e-la, Donald. It’s pronounced ‘ANG-e-la.’ Imagine you are swallowing a live guinea pig when you say it.”

“She is in awe of your Presidential powers,” the hat murmured sleepily.

“I’m not scared of him either!” Donald groused. The Service Service agent curled up on the end of the bed whimpered.

“Not scared, Donald,” the hair said. “Nervous. The two of you used to be… together. It can be tough seeing someone like that.”

“Oh, God,” the hat groaned. “He’s not some teenage faggot mooning over a quarterback. Stop handling him with kid gloves.”

“Donald,” the hat said from the bedpost, “You go in there and you act like a man. An adult goddamn man. You say, “Vlad, give me what I want or I’m going to fuck you and fuck you hard. I’m going to ride you around this room until with have an agreement on Syria. I’m not going to let up on you one little bit, not even if you beg me.”

“The Art of the Deal!” Donald yelled at the door. After a moment, soft footsteps headed away.

“Isn’t there a 4chan board you should be scanning for gifs?” the hair asked.

“I’m trying to sleep here!” Donald said. When he rolled over and kicked the sheets off, the Secret Service agent hit the floor with a startled yelp.