“Surely, you can do something for us.  We’ve been marching here for weeks now.  Do you know how far it is here from Florida?”  Cornelius asked.

“Sir, I say sir, I’d a told ya before.  We are not gonna send aw sons with ya only to get rolled over by the King’s men.  We done offered ya some slaves, even a few hill folk and a couple Freedmen volunteered to go, but there just ain’t gonna be enough to satisfy ya.  I’m sorry.”

The rest of the church nodded silently in agreement.  Cornelius had only one job on the his trip to Tennessee and that was to recruit more volunteers.  Even here, they were becoming harder to come by. The General had a soft spot for people from the hills; they seemed to make better soldiers in his mind.

“Well, if that is what your town are able to offer, Reverend, we will accept these fine recruits into our ranks.”  Cornelius had no choice but to accept.  The main force was comprised mostly of volunteers from Tennessee and Kentucky at first.  After they overran the British in Pensacola those volunteers took a big hit.  Replenishing the main force with fresh recruits was essential but most of the newest ones were slaves offered by the masters.  An easy way out of volunteering but they were eager to fight since their freedom was given upon discharge.  Plus, normally the heads of the house sent more than one with Cornelius, so the ranks would fill a bit quicker at least.

None of them would know their way around a rifle, the heads of the house very often made sure of that.

“You have the thanks of President James Madison, and the United States government.”  That formality never seemed sincere escaping Cornelius’ lips, but he had to say it nonetheless. “We will leave at sunrise tomorrow.”

“Twelve, that’s all we get sir, twelve?”  Timothy, the Sgt. Major asked.

“Had Jackson come up here himself this whole of the town would’ve go with him.  I’m sure once we make a few stops in the territories we’ll pick up a few more.”  Cornelius replied.

“What makes you so sure?”

“I suppose a few stories of British ships traveling along the coasts will shore up some discontent.”

The two men waited silently behind the church for a time, looking over the smoky mountains.  Slowly the blue corona over the rolling peaks crept up.

“What do you suppose that is Timothy?”

A blinding light took both men by surprise.  Cornelius shielded his eyes and looked away from the horizon.

“I suppose sir, that we’re not to look directly at the sun.”

“I thought it was early for that.” Cornelius replied.

The company of twelve double timed through the swamp.  Cornelius hurried them along at times, sweat dripping from his men’s faces while their feet thumped rhythmically against the soft dirt road.  He knew he could continue this pace only because it was winter.

“Sir, they need to stop.  We can’t keep this up much longer.”  Timothy pleaded.

“We need to relay the message!  We can slow but we can’t stop.”  Cornelius said firmly.

“We?  Sir, a message can be given by one man… look at them, they can hardly stand.”

Cornelius thought about what Timothy meant by that for a minute or two, then dismounted.

“Who knows how to ride?”  Cornelius asked.

“What is your name?”  Cornelius asked the man who answered.

“Isaiah.”  The man spat out between labored breaths.

“Give the General the message,” Cornelius scribbled in a small diary. “Orders from Washington are to cease and desist.  Peace Treaty signed in Ghent.  War is over, do not engage.”  He ripped out the sheet of paper and handed it to his volunteer.  He then dismounted his horse.

“We will arrive a little more than a day behind you.  Ride to the General’s Headquarters on Royal St.  If you don’t know where that is, most of the city has been evacuated so anyone still there is a volunteer, and can point you the way.  If there is any trouble, tell them you were sent by Major Cornelius Greewood.”  He pulled out a flintlock pistol from his belt, and handed Isaiah the pistol, extra shot and his powder horn.  “Do not get captured.”

“For the last time. My name is Major Cornelius Greenwood.  I sent a rider ahead yesterday to pass on a message to the General, did he receive that message?”

“No riders came in with a message in the last few days.  Unless them fellers from Mississippi covered head to toe with mud are you boys.”  The aide replied.

“I’m afraid my boys are from Tennessee.  No matter, I can give it to him myself.”  Cornelius stormed past the guard into the Generals quarters. 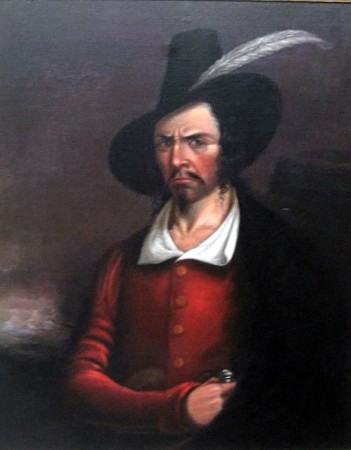 The General’s quarters was surprisingly simple.  A table with a map of the topography lay in the center.  Stacks of books and papers littered across tables and chairs.  A small group of officers and other men sat talking amongst themselves. All of them seemingly trying to get the attention of one skinny man in the center of the room.  Clean shaven face that seemed to remain in a permanent scowl with a plume of puffy, white hair.

“Who are you?”  A man with a Creole accent asked Cornelius.

“How he makes his money is no concern today, Major.”  The skinny General interjected.  “He’s American and by the Grace of God that’s all matters.”  He looked Cornelius up and down.  “Where’s my men?”

“Well, I could only get twelve… Until..”

“Twelve! Good God, Cornelius!  Do you know what we’re up against?  Twelve won’t cut it.”  The General went on cursing out the room for a minute or two before turning back to Lafitte.  “You brought 650 and two ships, we picked up another regiment of Dragroons from Mississippi, 2100 Dirty Shirts whom you have added a dozen… 2300 Kentucky militiamen… What are we up against?”

“A fleet of ships and over 6000 soldiers, Sir.”  Another officer reported. “Plus, fewer than a third of those boys from Kentucky came with a rifle.”

“In this case he did, Sir!”  Cornelius said.  The General turned to give him an inquisitive look. “That’s why I recruited so few, I received a message from Washington.”

“Due to a peace treaty with the British our orders are to cease and desist.  We are not to engage their forces in the area.”  Cornelius answered.

“Who told you that?”  The General asked.

“Two officers on horseback approached us on the way to Vicksburg.   One by the name of Stratsberg, impeccably dressed man if I say so, and the other with the name Larue.  He was short, laughably short.  They said you would know who they were from your dealings with the president.”

“Ha!  Never head of them.”  After a laughing snort, the General regained his composure. “That type of thing would show up in writing, they give you anything?”

Cornelius reached into a small messenger bag and pulled out a leather bound envelope.  He handed it to the General.  He peered inside and removed the yellow parchment and looked up with a half cocked eyebrow.

“Cornelius, do you know what this note says?”  The General asked,

The General turned the paper repeatedly so that Cornelius could see that both sides were blank.

“This note tells me nothing new, therefore my orders are by the good Grace of The Lord Almighty smiling down upon us in heaven, to kill every last one of these bastards!”

The faint blast of cannon fire silenced everyone in the room.

“Send for a report, James.”  He looked back at Cornelius.  “Whether the wars over or not, it ends today.”

“Have you considered that a historical figure is historical for a reason?”  Larue asked while watching the events unfold in front of the screen.

“Perhaps we can try to be more direct.”  Stratsberg suggested in his heavy German accent.

“I think you should start smaller.”

He sat waiting behind the column.  A congressman died a week earlier and the everyone in the District gathered in the Capitol for his funeral.

“Make way for the President!” 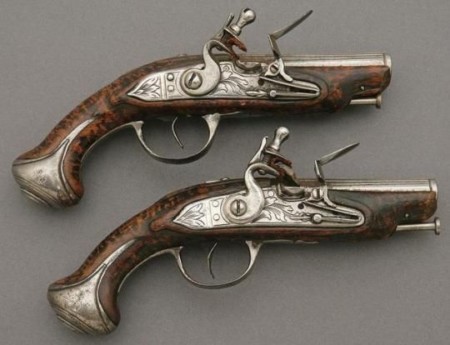 Stratsberg cocked the hammer back on a Derringer that rested in his coat.  The President walked heavily on his cane, a seemingly easy target.  He said nothing to the legislators in the room.  Too many enemies perhaps, or just not enough friends.   He limped along quietly through the rotunda.

Jackson stopped, not quite ten feet from Stratsberg.  He aimed the flintlock at the wide eyed President and pulled the heavy trigger.

Heavy gasps echoed off the room’s round marble walls.  Disbelief over somebody that would dare attempt to shoot the President.  Stratsberg, surprised as everyone in the room, went for his other Derringer.

Jackson, now enraged.  Walked as quickly as his 67 year old, cane supported stride would take him.  He looked Strousberg in the eyes with a scowl that seemed all too permanent.

Strangely enough, scores of legislators ran to the assassin’s aid.  Too late for him, with blood pouring from his face due to Jackson’s well aimed blows with his cane.

“I told you to start small.  So you attempt to assassinate Andrew Jackson?”  Larue asked between a squeaky giggle.  He couldn’t contain his laughter while wiping the blood off Statsberg’s face.