So last night was probably a shit show if you live in Kentucky.  There, I mentioned it.

The Trump Administration imposes new restrictions on specific Cuban made goods that were already restricted for import in the US….like cigars and rum.  It also includes restricting American travelers from staying at hotels owned by the Cuban government which I assume is pretty much all of them.

In a speech to the UN, Nicolás Maduro said…meh.  Its the UN, who cares?

Brazilian Trump blames indigenous people for the fires.  According to the headline anyway, what he actually said:

“The fires practically occur in the same places, on the east side of the forest, where peasants and Indians burn their fields in already deforested areas,” Bolsonaro said.

Which is true.  In order for the poorer areas of Brazil to develop, they might have to clear and burn their land.

I thought Obama made sure we all had health insurance under penalty of the PenalTax?

“Verónica decided with another colleague to put together pieces of T-shirt fabric and, with daily sanitary pads and hair ties, make protective masks.” They hocked that idea from OMWC.

Some local columnist doesn’t like the UFC’s best pound for pound fighter, and one of Phoenix’s popular sports figures, is a Trump supporter. 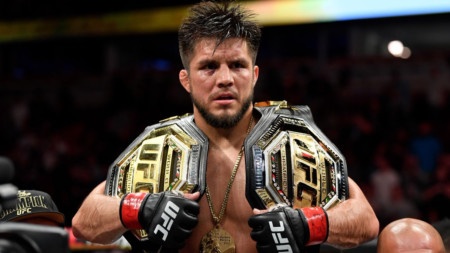 No one will take a way his titles and his fame. If anything, he’s gaining notoriety of a different kind. The one that comes with being associated with Trump.

José Algel Alvarez of the Spanish-language Univision TV network tweeted that Cejudo said that he “supports Trump simply because he loves him.”

No wonder the Trump camp loves parading him. What’s not to like about the support of a son of undocumented immigrants turned mixed martial arts champ, right?

I share the profound disappointment of many Arizona Latinos. And all I can say is I hope it is worth it, Henry Cejudo.

Here’s some tunes from Kentucky!