Curios and Relics – How and Why 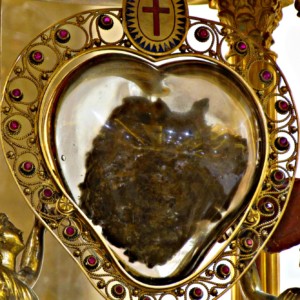 No, not that kind of relic.

Talk of guns these days seems to revolve largely around CCW pieces and modern sporting rifles, and that’s great.  But there are literally millions of older guns out there on the market; many are fine and yet very affordable, and others are seriously expensive collector’s pieces, with every variation in between those poles.

In the United States, these older guns fall into the legally defined class of Curios & Relics.  As a fan of older guns and something of a curio and relic myself, I have quite a few of these guns in my collection.  To that end, I have for quite a while had a special kind of Federal Firearms License; this would be a Type 03, Collector of Curios and Relics.

Now, I don’t like the current state of gun laws and regulations any better than anyone else, and less than most.  I don’t like having to get a permission slip from the Imperial government to exercise my hobby.  But as my alternatives are to either not exercise my hobby or to do so with a deal more difficulty, well, then, I’ll go ahead and get their damn permission slip.

And for qualifying arms, the Curio & Relic (C&R) license does make the acquisition of old guns a lot less hassle.  It opens the interstate market for not only long guns but also handguns that are deemed curios and relics and allows the licensee to have these guns shipped directly to the address listed on the license.

I like old guns.  I understand changing markets and am a firm believer in the principle of “every cat its own rat,” and my late Grandpa used to say.  But I like old guns.  I like walnut and blued steel.  I grew up in an era when every kid afield with his H&R Topper or J.C. Higgins pump-gun dreamed of the day when he could afford an Auto-5 or a Model 12, both of which were the cat’s own ass in those days.

So, sure, there’s an element of nostalgia to acquiring guns I longed for when I was young but can afford now.  That’s my reason.  Your mileage may vary, but if you have any interest in guns made before (this year) 1970, a C&R license may be worth the shekels.  And it’s not that many shekels – $30 for a license good for three years.

Ten bucks a year for having your collectibles (including qualifying handguns) shipped directly to you isn’t bad.  If you buy one qualifying gun every three years you’ve saved more or less the going rate for an FFL transfer.  I buy more than that.

These are both C&R eligible.

Title 27, Code of Federal Regulations, Part 478.11, defines a firearm as a curio or relic if it falls into any one (or more) of these categories:

The regulation includes manually operated (e.g. bolt guns) and semi-auto rifles issued for military purposes before 1970.  This means that Great War rifles and World War 2 pieces are C&R eligible, including the M1 Garand and the M1 carbine, as long as they were manufactured before 1970.

There is another catch; if it’s a former military weapon, the gun must be in the original as-issued condition.  As an example, even though my reliable old Thunder Speaker was built on a large-ring 98 Mauser action made in Berlin in 1910, BATFE does not consider it C&R eligible as it has been sporterized, with a new barrel, stock, and altered to accommodate a scope.  Only in its original, issue condition as a 1908 Brazilian contract DWM Mauser would this rifle be eligible.

Note that this doesn’t apply to civilian-market sporting or target guns, for the most part.

Collectors are not dealers, and have no privileges for non-C&R firearms; with this license you are intended to purchase qualifying guns for your personal collection and not to engage in the “business of buying and selling guns.”  BATFE does now know where the threshold of “engaging in the business” is, and neither does anyone else.

You can of course sell guns acquired through this process, to a regular FFL dealer, another C&R collector, or a private citizen, following of course the laws of your jurisdiction.

BATFE does publish a list of C&R approved guns, but they also point out that it is updated irregularly and that the default position is that if a gun is over fifty years old, it qualifies.

Please note that firearms regulated under the National Firearms Act (NFA) may be classified as C&R items, but still may be subject to the provisions of the NFA. If your C&R item is an NFA firearm (e.g., Winchester Trappers) and you desire removal from the NFA status, you must submit it to FATD for evaluation and a formal classification.

So much for the easy purchase of my Marble’s Game-Getter.

You can sell interstate to a regular FFL or another C&R holder, but there are rules on shipping firearms (of course) and those rules are the same for C&R guns and modern guns, as far as I’m aware:

The U.S. Postal Service recommends that long guns be sent by registered mail and that no marking of any kind which would indicate the nature of the contents be placed on the outside of any parcel containing firearms.

You cannot ship a handgun or ammunition through the U.S. Postal Service. A commercial carrier must be used to ship a handgun. Please check with the specific carrier before shipping to ensure your package meets all of legal requirements. 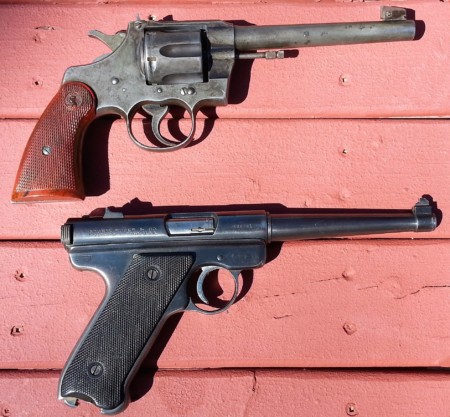 If really old guns strike your fancy, it’s important to note that guns manufactured before 1898, even cartridge guns, are considered antiques by BATFE and may be bought, sold and shipped most places with no licenses required, pending on your local jurisdiction; I know, for example, that New Jersey doesn’t recognize the BATFE allowance on either C&R or antique guns.

Which, if you ask me, is pretty damn stupid.  Why?  Well, the application process tells you why.

I don’t think I need to tell you that the few anti-gunners that are aware of the C&R process are adamantly against it.  I mean, all these dangerous middle-aged people out there buying up old Winchesters and Brownings!

I’m a bit surprised we haven’t seen an attempt to eliminate C&R licenses at the Imperial level, and I’ll be incredibly surprised if we won’t see such an attempt in the near future.

A word of warning:  On the online markets, you will find some dealers that will not accept a C&R license regardless of their local regs, for unknown reasons.  One such responded to a query from me stating they “don’t accept C&Rs from basement collectors because it’s just some game BATFE is running.”  My reply was on the order of “I’m sorry to hear that, because I spend a pretty fair amount of money on my hobby, and now you won’t see any of it, because I don’t play the self-important cock-holster dealer game.”

I never heard from that guy again.  No loss.  But there are jerks like him out there.

To get a C&R license, you obviously have to be twenty-one or older, and be able to pass the usual NICS background check, although I am told that the background check done for licenses is somewhat more stringent.  A full list of requirements is found here.

To apply, the first thing you have to do is download the application here.  Note that one application is used for a range of Federal Firearms License (FFL) types, so make sure you’ve checked “Collector,” as otherwise you’ll be asked for a photo, a fingerprint card, to submit to an interview and a host of other nonsense.

Once the application fee is processed, the Federal Firearms Licensing Center (FFLC) will enter your application information into its database and commence a full review of your application.  For all license types, except type 03, (type 03 being the C&R license) required supporting materials, including fingerprint card(s) and photograph(s) will also be reviewed.

As required by law, the FFLC will then conduct an electronic background check on all the Responsible Persons you have identified on your application. ATF defines a Responsible Person (RP) as a sole proprietor, partner, or anyone having the power to direct the management, policies, and practices of the business or activity as it pertains to firearms. In a corporation this includes corporate officers, shareholders, board members, or any other employee with the legal authority described above.  All responsible persons must complete their own Part B – Responsible Person Questionnaire of the ATF Form 7/7CR.

For all license types, except type 03 (onsite inspections are not required for Collector of Curio and Relics FFLs), the FFLC will then send the applications to the nearest ATF field office having responsibility for the area in which the business is located.

Once your background check is complete, which to my recollection only took a few days, this is the last step for a C&R:

This process will take approximately 60 days from the receipt of a properly completed application.

It has been a long time since I initially applied, so my memory of how long it took from application to receipt is lost in the mists of time.  My tri-annual renewals are generally processed in 30-45 days.

You are required to keep a bound book of your purchases and any sales, and if you ever surrender your C&R license, which I plan to do on the moment of my death, you are supposed to send the bound book in to BATFE.  Should the law be changed, and C&R licenses revoked, I’m sincerely hoping that my bound book won’t be lost in a tragic canoeing accident on my way to send it to BATFE.

Personally, I don’t collect any single type of gun in particular, although I’m partial to Belgian Browning Auto-5s and pre-64 Winchester Model 12s.  Here at the Casa de Animal we have a couple of Ithaca 37s in the rack along with the Brownings and Winchesters, and I’ve dabbled in a few older hammer doubles, an early Ruger Single-Six and a Colt Officer’s Target for my current pair of .22 revolvers, all bought with the C&R process.

Two I bought in gun shops, handed over a copy of my C&R and walked out.  The others were bought through online auctions and shipped directly to my house.

I would point out that as far as I was able to ascertain while writing this article, the first few years of Colt’s AR-15 production is now C&R eligible, as are such things as the first Ruger 10-22s and a bunch of other “modern” guns.

Collecting and shooting old guns is fun.  My best and oldest buddy Dave is a C&R holder like me, but his thing is mostly unfired Colt revolvers and autos still in the original boxes.  My thing is finding old guns to shoot and occasionally a fixer-upper to spend a few happy hours restoring.  Almost any shooter could find something in the C&R lists they’d enjoy.  The possibilities are endless, as a pretty fair proportion of the 3-500 million guns now in private ownership in the U.S are eligible.

As Arlo Guthrie would say, you can get anything you want.