Are My Methods Unsound? 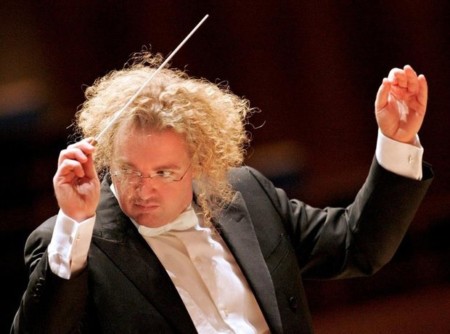 We Glibs often speak of what ought to be, how things should be managed, or how we try to manage ourselves despite our general disinterest in controlling others’ behavior.  Along that line, there are best ways that government might execute certain programs even though we might agree that they have no business whatsoever prosecuting a given program in the first case.  CoVid-19 inoculation is one such program because, for me, healthcare is a personal expense, not a cause for bureaucracy and centralization. 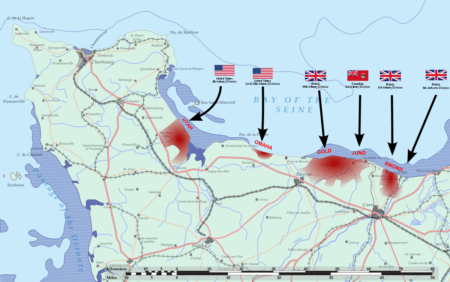 But, supposing we decided to give up on the sweet, sweet efficiency of the private sector, of enlightened self-interest and invisible hands guiding all over the place (note 1), and agreed to trust Top Men to figure out how to distribute the vaccine, how then would we hope the government planned the exercise?  What would General Eisenhower do?  What of constraint theory?  How will this affect global warning?  Does this matter to those who don’t itemize?  Well, who knows and here goes. 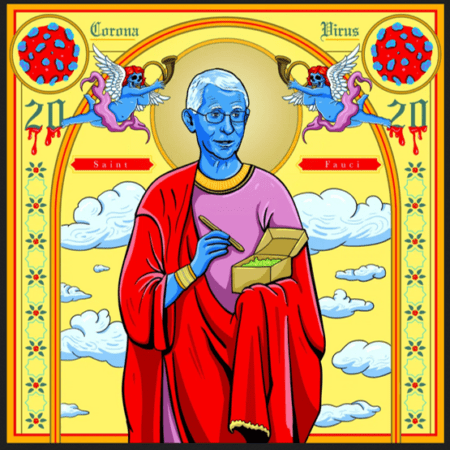 our Father who art in Atlanta

First, let me confess that I know almost nothing of the current plans, structures, or logistics.  Here’s what I found at the old CDC site. (note 2)

The recommendations were made with these goals in mind:

Well, isn’t that special.  Many of us have a dog in this fight, and oxen are getting gored all over the place, but what are we to make of this?  Wellllllll…….. 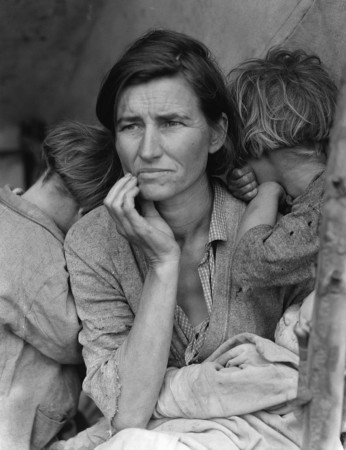 3) Let’s start at the end by shooting the fish in this barrel first. “People already facing disparities” is code for affirmative action, largely racial, and there’s a lot of support in that space across the country. I’m not rising to that bait because I think that treating people due to race is simply wrong; individuals should be handled according to their conduct, so I’m just disinterested in promoting, say, the children of zillionaire Kobe Bryant ahead of, say, some poor random white children somewhere because he’s melanin-magnified and they’re not.  Such a program is not direct or particularly useful, so I would stick to my delusion that folks are folks and that the only way to be post-racial is to be post-racial.  I care about everyone, so I don’t care about goal 3.

2) There’s no useful way to characterize people to make this one work, but it’s a great way to employ someone’s brother-in-law as a database administrator. Some goals can’t be achieved in any meaningful way and are, therefore, better left unsaid and un-pursued. Such is the case with goal 2:  you can’t really decide who is worth what or assign social ranks to classes.

1) Decreasing death and disease is much about prioritizing the most vulnerable, which seems noble at first. Notably, older folks who are most likely to die are getting the shots first . . . so: fewer deaths?  Okay, nothing morally awful here, but first:  a sidebar!

I’ll draw here on some warranty calculations I created many years ago on a portfolio of corporate liabilities.  I don’t recall the figures exactly, but I was responsible for component liabilities on some 300,000 trucks a year with warranties ranging from one to three years.  So I had 300,000 trucks with one year’s warranty risk, maybe a further 150,000 with a second year’s risk, and maybe 100,000 with even a third year’s risk. . . . so I was juggling and paying on half a million trucks all the time due to mistakes or problems or poor durability on products that often had been shipped and built before I hired in and when some previous man was POTUS. 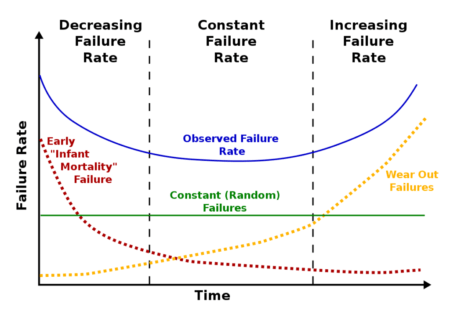 For example, an A/C compressor replacement is basically a cool thousand bucks, so if those blew up on one percent of first year trucks, that’s 3,000 trucks, so $3 millions. . . or, if you prefer, $10 per first year truck.  Prioritizing the fixes is no small matter, and no one had ever really made an objective study of the money. . . there was only an unending load of financial pain and limited resources to alleviate it when I took over.  Don’t get me wrong:  future warranty outlay is costed into the product before it’s ever quoted, but that doesn’t mean you’re later happy to wire big chunks of would-be profit sharing to other companies if you can somehow slow the bleeding.  I had some thinking to do. 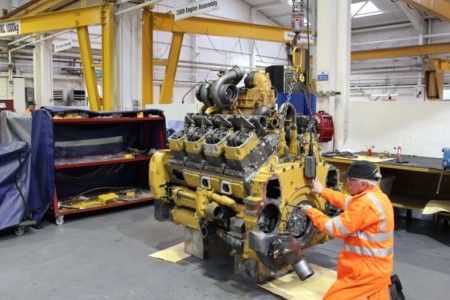 Trucks don’t change as quickly as cars, especially under the skin, so fixing a known problem from the field could reduce annual outlays on predictable failures for, in some cases, out ten years . . . on trucks that might not even be built for yet another seven years and would not become warranty claims for another two years or so after that. . . so, if the initial engineering and tooling costs are low, a very small charge per vehicle can still be attacked because the many future failures still pay for the trouble (to say nothing of saving your reputation and improving client satisfaction).  Conversely, there were 1-year warranty models that were going out of production that, despite their having a high volume or very expensive (per claim) problems, would only contribute one more year’s expenses before the bleeding stopped (all bleeding, like all smoking, stops sooner or later).  So you take your hurdle rates and populations and failure data and the sales forecast and you create some sweet Weibull distributions (note 3) that ballpark your failure totals per model per year; against that you figure tooling costs, engineering program length, and you calculate the net present value (note 4) of all the cash flows associated with each problem.  Then as we learned in B-school, you collect all projects and attack the ones with the highest NPV first and the next project next and so on until you run out of money. 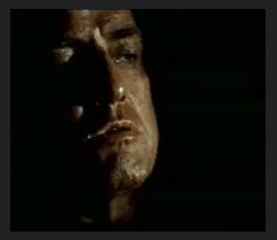 Sheesh . . . that was a helluva sidebar, and people aren’t trucks, and this vaccine is already tooled up and will be distributed in a year or so more or less, so this warranty diatribe is useless speculation and calculation and the whole thing is nearly saucered and blowed, so let’s get back to the morality of inoculated arms. (note 5)  Welp, vaccinating old folks actually violates a very practical principle:  lives and potential are not equal (some trucks are older than others).  Reductio ad absurdum:  the 100-year-old with two blown hips and stage four ass cancer should be inoculated before the 30-year-old father head of household, primary earning, faithful husband, and father of three. . . that obviously can’t be right.  I won’t get into cash flow; I won’t speculate on the value of any given individual to society; I’ll just say that to me a year to be lived means more than a head to be counted.  My priority scores the 100-year-old as a zero, back of the line, while it scores working dad as a full 100% x 50 years (he’ll live another 50-odd years if he’s already made it to 30), so front of the line.  50 points is more than zero points:  that young Dad gets his shot . . . now.

I might have upwards of twenty years left.  My son will be 27 this week; even though I’m not terrified by this virus, this is an easy one:  he’s in line ahead of me even though he has almost no death risk.  He has 60 years to live, and there’s no reason for him to risk it or take on any extra limps extra early.  In simple terms, he can have my shot, and I’ll run the gauntlets and keep my head down until worn-out codgers should get ours.

We can put together some big matrix that has risk by age if you want to, and that might cloud up things and move some folks up or back a few percent in line; I’m not an expert on kids and exposures and school and all, so I leave that to others.  But, off the cuff, I’d prefer we had prioritized each month to a cohort such as January:  30- to 39-year-olds, February 40-49 . . . that sort of thing, because Young Lives Matter.  Meanwhile, my parents need to stay home and order stuff online and pick up curbside and maybe the circle will be unbroken this time next year, and I’m glad to wait my turn as well.  I’m valuable; I know a lot of stuff and can build and manage a ton of things; and yet I don’t think I need to be ahead of arguably less useful folk who are in the prime of life and have decades more than I do to live and learn. 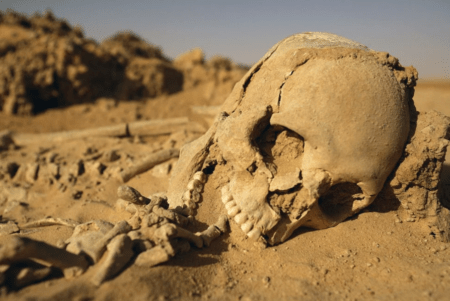 Sources on selected topics can be found at the following links. 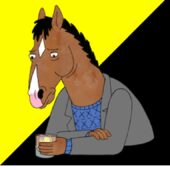 all my exes live in Texas