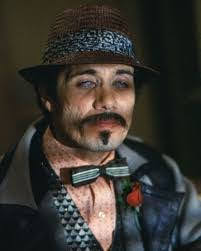 Tales of the Belt

We began as a small gang on Earth, trading in goods and services that at the time were forbidden and carried great penalties, including Death. We found a leader in the Trejo, the great redeemer of our people, he showed us how to go legit and make even more money. When Elon offered The Risk, we as a people jumped at the chance for the new growth, and as you know, his gambles always pay off, so we were Vatos among the planets, que no? and back then, the Amazon wasn’t what it turned into, yet.

By the late 21c. We had established ourselves in a nice ‘roid cluster we call El Barrio, and proceeded to take business from Martian Security, inc. until one day when our Pachuco made them an offer. He walked up to the CEO’s office and placed an Origami Unicorn on her desk, no one refused him, and so, we took control of the Company. The Belters had some concerns, but we proved to be just what was needed in the coming decades.

At the time we had a good foothold in the security sector, Ships and infantry, good intel, but still we were out matched by the Amazon Empire, who continued to crush every business in its path, ours included. We weren’t about to be crushed like the Cockroaches we are, so We joined the Alliance.  After the Demise, we emerged as the largest security company in the solar system, and we mean business. Our tech is state of the art, and the Chinee are afraid of us, because we have the ability to cloak, and our armament is the latest Tesla drive plasma guns, the thieves haven’t got that tech yet, so they stay away from our ops.

Our ships carry the shape of the Sacred ‘64 Impala, in Galaxy Blue, with airbrushed star fields and twice pipes. The ship I serve is called La Bamba, the Bomb, and I’m the nav tech. We are presently on a stealth run to a Discoverers claim, running at High G ahead of them to scope out the scene and await his arrival, he expects trouble, and we can provide plenty of that. The plan is typical, elegant and unpredictable, we trail the L points and maintain cloaked stations, with the T drives we can be fully charged and ready to fire, no need to spool up after the usual Decloak, the Fusion drives are independent, why didn’t Romulus LLC think of that?

“Low, Rider, get a little Higher”