Wednesday Afternoon SugarLinks – I’m not as drunk as my employees think. 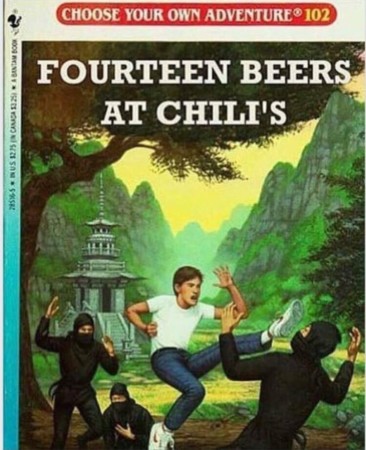 Yell it as loud as you want, Vanity Fair.

“NOSTALGIA IS A HELL OF A DRUG”: WILL GAWKER’S SWASHBUCKLING STYLE SURVIVE UPCOMING RELAUNCH?

Like a Bat-Signal to the media industry, Gawker’s long-dormant Twitter feed sprang to life one recent morning with a request: tips@gawker.com. “IT’S ALIVE,” Gawker and Deadspin alum Timothy Burke responded to the account’s first tweet since 2016, the year wrestler and reality star Hulk Hogan, backed by tech billionaire Peter Thiel, successfully sued the gossip site into oblivion for publishing his sex tape. Gawker is now set to return in early fall, a source with knowledge of the plans said, under Leah Finnegan, a former features editor at the site and one of its most caustic writers, who followed up on Twitter with an ask of her own: “only good stuff please.”

The resurrection of Gawker under Finnegan is being closely watched inside the New York media bubble, which its earlier iteration both catered to and gleefully punctured. “Nostalgia is a hell of a drug,” said former Gawker editor in chief Gabriel Snyder. “When Gawker alumni talk about how great Gawker was, I think they’re often talking about how great their Gawker was,” added Snyder, one of 14 editors in chief of the original website. “There isn’t real clarity in my mind of what it would even mean to bring Gawker back in 2021,” and “anyone who is going to do it would have to do a lot of defining.” That being said, Snyder notes that Finnegan has long been “one of the keepers of the Gawker voice.”

“There isn’t real clarity in my mind of what it would even mean to bring Gawker back in 2021,”

Why bring it back now, just to be Biden and then Kamala’s lapdog? To gently snark Cuomo and DeBlasio but then still vote for the toerags? Just to recapture that fresh-out-of-journalism-school-with-crushing-debt high of working at a media start-up that let you trawl for clicks at all cost? (You know it’s gone, right?)

Work out your disappointments in how your life turned out some other way, Gawkerites: there’s the bottle, the gun, and suburban hell to choose from.

There is a number of people to choose from in the YouTube community of people bemoaning and beating up on the horrible state of modern film, this semi-drunk Scotsman is my favorite.

There is a common emotion we all recognize and have not yet named–the happy anticipation of being able to feel contempt.

I’m going to be honest: this feature is one of my very favorite hate-reads. In fact, the flaming arc of science fiction and fantasy as it dives into irrelevancy is one of my hate-favorites. It’s like going to a high school reunion and finding your crush is a bloated, toothless whore. You can have it now but you no longer want it at all.

My old man is acting up real bad today, y’all.