How bad is my life? Bad enough that instead of reading something enlightening and fun, I’m reading Insulation Materials: Testing and Applications. Because work.

The Themis Files (2016-2018) by Sylvain Neuvel
Nice, short little trilogy about the ancient astronaut theory, giant fighting robots, and governments being assholes. It reads like it could have been published as a YA series without the clumsy garbage writing and Teen Vogue nonsense of most YA series.

The Cadaver of Gideon Wyck (1934) by Alexander Laing
Very interesting horror novel, part of the Valanacourt Reprint series of long out-of-print works. Up there with Lovecraft and other Weird Tales regulars of the time in terms of sheer gruesomeness–autopsies, induced birth defects, insanity. I can’t imagine how freaked out some Depress-era reader would have been if they had no idea what they were getting into.

First Blood (1972/1982) by David Morrell
Death Wish (1972/1984) by Brian Garfield
The Warriors (1965/1979) by Sol Yurick
Part of my ongoing interest in reading the source novels for the movies I liked growing up, then watching the movies again. Death Wish and The Warriors are very closely adapted (with the teen gang in The Warriors being far less noble and a whole lot more rapey in the movie.)

The pair with the biggest difference between novel and movie is First Blood. The Rambo of the novel is more violent and disturbed than the movie, snapping after having his severe PTSD triggered by hick police (the novel is set in Eastern Kentucky.) In the movie, he accidentally kills one policeman, the most sadistic of them; in the novel, he murders them all and plans on destroying the entire town. He doesn’t give an impassioned speech at the end, he just dies. No plastic explosive arrows in the Rambo literary universe.

I’m reading Unsettled, by Steven Koonin. It’s a review of the actual climate science as opposed to the term “The Science” that the media and politicians talk about. He’s convinced the politicians have not read even the report summaries for policy makers. Covers hurricanes (no change in activity, no trend) etc and ties it back to IPCC reports and other reports.

I’ve been reading this. 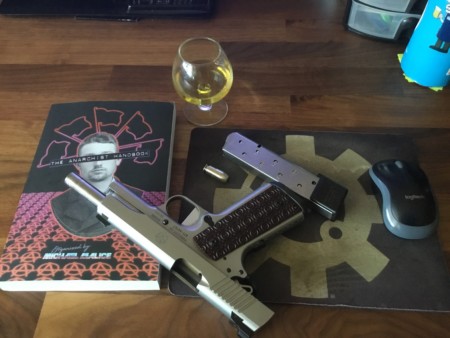