**Authors note: The translation I am reviewing is that of Aubrey De Sélincourt, published by Penguin classics. However if $16 on Amazon is too pricey, you can find another translation provided online by Marquet University. ** 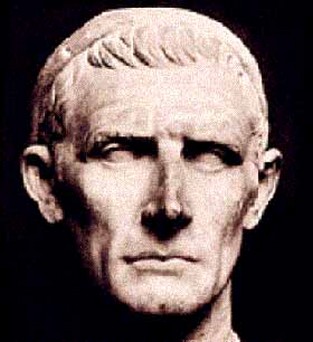 Last Christmas I got into a classics kick and began reading several of the more ancient classics, one of which was Livy’s first 5 books from his “History of Rome” (often packaged as the “Early History of Rome”). The following is my review of this work.

Not much is known about Livy himself, to the point that historians can’t agree on a proper date of birth for the man, placing his birth in either 64 or 59 BC. He lived during the Civil Wars of Julius Caesar and Augustus, but his politics are unknown. He was once called a “Pompeian” by Augustus himself, but so little is known that historians aren’t sure if it was meant as a friendly joke or not.

Livy compiled his full history of Rome under the title “Books from the founding of Rome”, which covered the period from 753 BC up to 9 BC. When the work was completed, it appears that it became a sensation. For us modern readers, its success was unfortunate, as other works were lost in favor of it. Even his own work was a victim of this success. The Books were rather lengthy and so derivative “pocket Livy’s” were published. Today only 34 of the 142 books have survived in their entirety, with the rest being lost or only known to us by a few quotes in other later works.

Books 1-5 deal with the Founding of Rome, the reign of the kings, their expulsion and founding of the republic, the wars with the neighboring Latin cities, and the sacking of Rome by gauls in 387 BC. Today it is mostly regarded that the first few books are mostly mythical. Our historian didn’t have many primary records to work with, most of which (if they ever existed) had been destroyed in the aforementioned sacking of Rome. Livy stoutly believed that present behaviors of men would provide a window into the past, and so filled in details by imputing what he saw of his fellow man in the current day and applying them to events of the past. Such thinking has since become scorned by modern historians, however I think it is a mistake to completely dismiss it out of hand. It is not the case that the stories that Livy writes are alien to us, but the opposite. The behaviors of the tyrants, kings and senators are all too recognizable to the modern eye. While they may not be factual truth, they do present principles of human behavior that can teach us today. 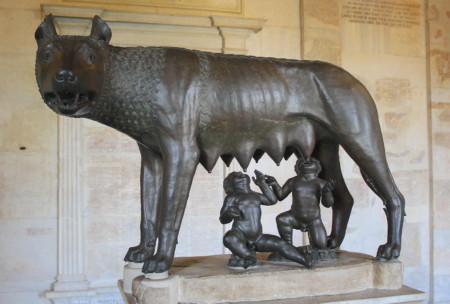 Excuse me, my eyes are up here.

There is one such example in Livy’s Second Book. This book begins right after the expulsion of the kings and the founding of the republic. Livy writes:

Everybody knew that war with the Tarquins was sure to come; it was, however, unexpectedly delayed, and the first move in the struggle took a form which no one had anticipated. Treason within the city itself nearly cost Rome her liberty. It began with a group of young Aristocrats who had found life under the Monarchy very agreeable; accustomed to associate with the younger members of the royal family, they had been able to give freeer reign to their appetites and to live the dissolute and irresponsible life of the court. Under the new dispensation they missed the freedom to do as they pleased, and began to complain that what might be liberty for others was more like slavery for themselves. The King, they argued, was, after all, a human being, and there was a chance of getting from him what one wanted, rightly or wrongly; under a monarchy there was room for influence and favour; a king could be angry, and forgive; he knew the difference between an enemy and a friend. Law, on the other hand, was impersonal and inexorable. Law had no ears. An excellent thing, no doubt, for paupers, it was worse than useless for the great, as it admitted no relaxation or indulgence toward a man who ventured beyond the bounds of mediocrity. Human Nature not being perfect, to suppose that a man could live in pure innocence under the law was, to put it mildly, risky.

This passage alone raises interesting questions to the modern reader: How does a society deal with the children of wealthy elites who have come to expect privileges? Are there benefits to a system that allows for mercy, rather than the cold justice of law? Does the law represent an unlistening force, or simply the unmerciful will of the Mob, driven by passions, as opposed to a monarch who can be understood and reasoned with?

However  the questions that struck me was about allowances made for those who would be considered “great” men or women. When do we make them? Are they ever justified? When should elites be held to a higher standard, and when should we give them a pass?

Now before you go off on me about the “libertarian” ideal of “rule of law” permit me to be devils advocate. First, I would argue that a legal system that doesn’t allow for any room for human judgment and mercy can be just as tyrannical as an arbitrary king. Its the kind of slavish obedience to strict justice that drives the Javerts of the world. It’s the sentiment behind “don’t do the crime if you can’t do the time” cops . Secondly, I’d argue that all (except maybe the Hyperbole) of you have made such exceptions for great men. Americans almost universally agree that George Washington was a great man, and should be recognized and honored for his actions and character, despite his grievous flaws such as being a slave owner.

But it seems almost self evident as well, that what the youths in Livy’s tale want is unjust. Furthermore, it is a well understood principle that those in whom more power is entrusted, should be held to a higher standard. Benedict Arnold should be held to higher infamy as a traitor, than the common soldier who switched sides. Where much is given, much is required. So how do we square these two seemingly opposing sentiments?

I don’t know if I have an exact answer for this yet, but I would suggest that it has something to do with true virtue. The young men of Rome wanted to receive the benefits of the virtuous heroes, simply by result of their social status. In short they were positing their wealth not merely as proof of their good character, but instead of it. We honor George Washington, not merely because he was a wealthy land owner of the revolutionary period, but because he sacrificed for our country, and willingly shrunk from absolute power when it was offered to him.

Livy’s writings reinforce the fact that, no matter what society, there will always be “top men”. Often we mock the idea of just picking “the right TOP MEN”, but we need to be careful to not be just as utopian as the socialists we oppose. There will always be elites. What we learn from Livy is that there are important moral values that we should expect from our heroes and elites. As persons who are dedicated to freedom, we should strive to inculcate these values among ourselves, our children and our neighbors. 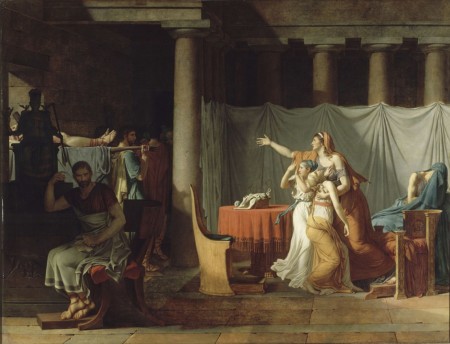 Executed his own kids for the republic… harsh

Overall Livy makes the stories he writes exciting and provides interesting personalities. However without a good map the locations of the narratives and additional information about the obscure cultural aspects, it can be a bit inaccessible. Overall I rate it 3/5 stars.