“A Sailors Life For Me” Part 3 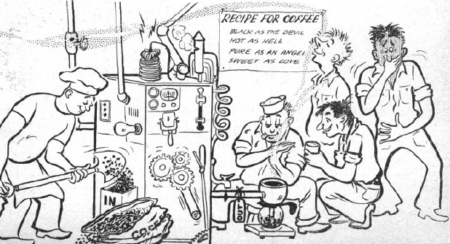 Why can’t the Navy keep its surface warfare officers? (navytimes.com)

Continued from Part 1 and Part 2

While sexism remains a recurring concern in a male-dominated military, the female lieutenant said she doesn’t think that explains why female SWOs leave the Navy at such a clip.

“They want to leave because they want to have a family,” she said. “And SWO life doesn’t offer a good family environment.”

If a female SWO is on sea duty aboard a ship and becomes pregnant, she is removed from the ship but still listed as part of the ship’s crew, and it takes time to refill the billet, according to the lieutenant.

This leads to resentment among the other SWOs on the ship because they must pick up the slack, she said.

While female SWOs aren’t sticking around, the number of SWO women is more than three times higher than female representation in other Navy officer communities, the GAO found.

But while Naval Surface Forces gathers information on SWO separation rates by gender, “it has not used this to develop a plan to improve either overall SWO retention or female SWO retention,” according to the GAO.

Again, this is something I haven’t seen during my [limited] shipboard experiences.  On my first ship, my first Department Head was female (and not a great leader IMO), but my second CO was an excellent Captain and mentor and I learned a lot from her.  She and her husband were both O-5 (Commanders) when she took command of my ship.  She had a few kids already – I think several that were high-school age at the time.  I’ve never seen the issue of pregnant sailors or officers on the two ships I served on, but that’s a pretty small sample (although Frigates only had female officers – no female enlisted due to berthing limitations).  In practice it’s really no different than soldiers/marines getting pregnant during deployments.  In either case, the billets stay “filled” for admin purposes and you can’t get a replacement – no different from any other community.

The shore tour – just four years into the career – is where the Navy has historically encouraged family life/kids.  There’s a good 2-3 year window of stability.  Similarly, even back in 2010 Big Navy was already floating pilot programs for Career Intermission Programs (CIP) for other family life sabbaticals, internships, etc – but I haven’t heard much about those recently – I think they’re still around but pretty lowkey.

An age-old debate in the SWO community revolves around whether officers should be generalized, jack-of-all-traders or authoritative specialists on a given ship system.

Big Navy has long snubbed the idea of SWO specialization, but by a margin of four to one, SWOs surveyed by GAO said they would prefer specialized career paths.

Junior officers reported a higher likelihood of staying in if they could specialize as well.

“The generalist SWO career path may have worked well 50 years ago, but waterways are becoming increasingly congested … combat systems and tactics are becoming more technical and pressurized with our now-peer superpowers like China, and we generally have too few resources (people and ships) to meet the Combatant Command operational demands,” one SWO told the GAO. “We should have specialized SWOs in ship navigation, tactics and combat systems employment, and in engineering.”

Part of the rationale for a generalist path is that a ship’s commanding officer needs to be knowledgeable on all parts of their ship, but according to the GAO, just 22 percent of surveyed SWOs wish to become commanding officers.

Junior SWOs indicated to the GAO that they were more likely to stay in if they could be on a path “that does not provide the opportunity to command a ship.”

Count the female lieutenant among those in support of SWO specialization.

“It should be a topsider and an engineer,” she said. “A topsider who has spent [his or her] whole career fighting the ship should command a ship.”

“I’ve personally had COs who did their whole careers as engineers, and then they know nothing about communications or satellites or guns because they’ve only done engineering,” she added.

The Navy has failed to assess these alternatives, according to the GAO.

“Without evaluating other career and proficiency models for potential benefit, the U.S. Navy may miss opportunities to develop and retain competent and proficient SWOs,” the report states.

Rear Adm. Trinque defended the generalist path in an interview with Navy Times and pointed out that junior SWOs who currently don’t want to command a ship may feel differently further along in their careers.

“I recognize the surveys and the work the GAO has done, and I think it would be interesting to track some JOs and whether their attitudes change over time,” he said.

To Martin, the retired SWO now at Rand, a major problem in SWO retention and career progression remains “the lack of clarity about what the Navy would like its officers to do.”

“Surface warfare officers by and large do not spend most of their careers doing surface warfare,” he said. “They’ll be performing subspecialty billets or serving on headquarters staffs or learning strategic concepts, which are all good things, but do take time and may sometimes have a whole lot more to do with promotion potential than service on ships.”

Trinque defended those off-the-water aspects of a SWO career for the breadth of experience it offers an officer.

“The ability of a SWO to do that in a flexible way is far, far greater than that of a naval aviator and submariner,” he said. “Nothing against those communities.”

This is a point in which I am in 100% agreement with the interviewees.  The one thing that really stands out to me (as a PACFLT sailor) is that neither the Canadian or Australian navies are referenced in this article or the GAO paper.  We conduct integrated exercises and cross-decking with both navies continually and both of those navies also have specialized officer paths – generally “Navigation and Command”, Engineering, and Weapons Systems. 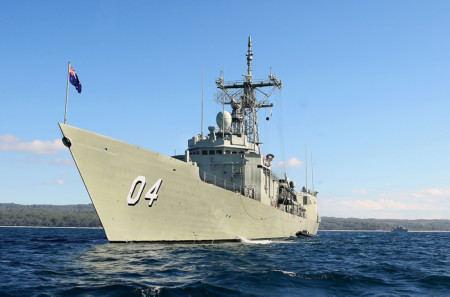 My interest has always been more along the lines of weapon systems – I loved the job as ordnance officer – probably because keeping track of ammunition by type, caliber, lot number, storage space, authorized expenditures appealed to my more anal-retentive nature.  My gunner’s mates were also [mostly] a really squared away bunch and I got along really well with most of them.  Probably hung out with some of them in the armory a little more than I should have during deployment, but since I was kicked out of wardroom berthing by the embarked pilots anyways and was already sleeping in the enlisted engineer overflow berthing, it seemed reasonable at the time.

After we did an ammo onload at NAVMAG (Naval Magazine) Indian Island, I decided that being a base CO at a facility like that would be a nice goal – turns out that those sorts of billets are generally only reserved for Ordnance LDOs (prior enlisted) and that SWOs pretty much have no shore duty options at those sorts of facilities under any circumstances.  (Although there are still reserve ammunition-handling units that have XO/CO billets open for SWOs – which might still be an option down the road if I stay in that long or move back west before retiring).

That said – the concept of all SWOs needing to be “jack of all trades” and with a couple of exceptions (one of whom was my first department head on my second ship) it is essentially impossible to master them all – is just plain nuts.  Technically speaking, I should have been working on my EOOW (Engineering Officer of the Watch) during my second ship tour – even though my watches were all in CIC and I was managing an undermanned combat systems division with a LOT of maintenance and repair headaches.  Since I never got that done, the expectation would have been that I would get it during my first department head tour – which is just nuts given the department head workload and schedule – and trying to compete with other enlisted, junior officers, etc.  Other than being an “engineer” watchstanding officer even if I was serving in my primary billet as a Weapons Officer or something else – I would still be expected to sit as the TAO (Tactical Action Officer) in combat for my “actual” watch rotation. 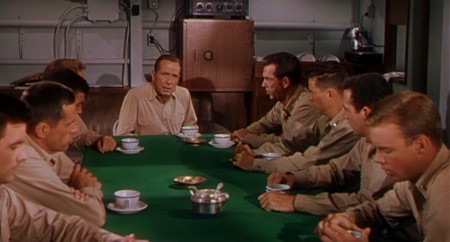 File Photo – as if this job wasn’t stressful enough already.

SWOS Department Head school – which would have taken place between my shore tour and going to my 3rd sea tour – would have been about 6 months of training – general admin and personnel paperwork, tactics, etc – cramming in a crap-load of material.  My background was generally weapons, Aegis Air Defense specifically, but again, I would be expected to dive into surface warfare and anti-submarine warfare (which while crucial is something I never touched in my first 6 years on active duty) – in addition to the engineering and navigation requirements.  In my opinion, it may have been done all these years this way, but even with the newer technical assists, I think it’s just too much to cram effectively onto one plate – even moreso as we are leaning more into the high-intensity threat and operating in conditions that will likely involve loss of GPS, communications, and similar circumstances.

In any case, I really hope the Navy decides to implement these recommendations – after the nth iteration of reviews and surveys recommending them.

For additional recommended reading on these and “related” topics.  I’d suggest:

This Congressional Report from some previous vets – pretty thorough and a lot of overlap with the GAO report.

More Commentary along the same lines – good contributor in general.

A little background on the only real surface combat action we’ve had in the last 30 years – trust me….some of the details behind the scenes on this one were a little worrisome from my perspective.

Not directly related, but a link to the full, redacted after action report on the Expeditionary Riverine vessels captured by the Iranians in 2016 due to a complete failure to follow proper procedures – due in no small part to a number of the exact same issues brought up in the SWO paper (and the after action reports from the 2017 collisions). 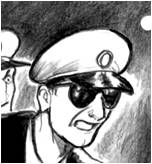