Amazon.com Inc. has a solution for a potentially crippling shortage of delivery drivers: Recruit pot smokers.

The company is advising its delivery partners — the mom and pops that operate the ubiquitous blue Amazon vans — to prominently advertise that they don’t screen applicants for marijuana use, according to correspondence reviewed by Bloomberg and interviews with four business owners.

Doing so can boost the number of job applicants by as much as 400%, Amazon says in one message, without explaining how it came up with the statistic. Conversely, the company says, screening for marijuana cuts the prospective worker pool by up to 30%.

One delivery partner, who stopped screening applicants at Amazon’s behest, says marijuana was the prevailing reason most people failed drug tests. Now that she’s only testing for drugs like opiates and amphetamines, more drivers pass.

Majority of Interpreters, Other U.S. Visa Applicants Were Left Behind in Afghanistan

The U.S. left behind the majority of Afghan interpreters and others who applied for visas to flee Afghanistan, a senior State Department official said on Tuesday, despite frantic efforts to evacuate those at risk of Taliban retribution in the final weeks of the airlift.

In the early days of the evacuation effort, thousands of Afghans crowded Kabul’s airport seeking a way to flee the country. Some made it through without paperwork, while American citizens and visa applicants were unable to enter.

The U.S. still doesn’t have reliable data on who was evacuated, nor for what type of visas they may qualify, the official said, but initial assessments suggested most visa applicants didn’t make it through the crush at the airport.

“I would say it’s the majority of them,” the official said. “Just based on anecdotal information about the populations we were able to support.”

Somehow, despite last year giving us an entire documentary series that clearly shows owning exotic animals never ends well, people are still out there trying to keep big cats as pets. And, even worse, some are even trying to pull this off while living in a New York City apartment.

NPR reports that an 80-pound, 11-month-old cougar named Sasha was “removed from a New York City apartment where she was being kept illegally as a pet” last Thursday after her owners realized that having an increasingly large, increasingly ferocious wild animal in their Bronx home probably isn’t a great idea. 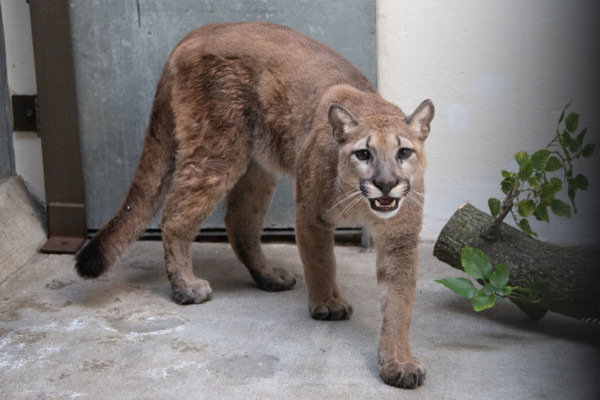 A Humane Society Of The United States director described taking the cougar away and “the heartbreak of owners, like in this case, [surrendering a big cat] after being sold not just a wild animal, but a false dream that they could make a good ‘pet.’” (We must also assign some blame here to that peddler of cat-related fantasies, Bill Watterson.)

The Humane Society worked with the NYPD, New York’s Department Of Environmental Conservation, and the Bronx Zoo to remove the cougar from the apartment and bring her to the zoo’s veterinarians. After spending the weekend there, Sasha’s on to her next stop: Arkansas’ Turpentine Creek Wildlife Refuge.

A Fairy Tale That Hollywood Didn’t Need to Modernize

Despite the modern dialogue and contemporary soundtrack, Cinderella is set in some vaguely defined, medieval fantasy kingdom ruled by a surly king (played by Pierce Brosnan), his wise queen (Minnie Driver), and their ne’er-do-well son, Prince Robert (Nicholas Galitzine). The setting is little more than an opportunity for Cannon, who wrote the Pitch Perfect movies and directed the uproariously sweet Blockers, to dole out easy criticisms of feudalism in the name of female agency. Why is Robert in line to inherit the throne when his sister, Princess Gwen (Tallulah Greive), is the one pestering her dad about tax reform and public-works projects? Why should the grumpy king make all the decisions when his wife is far more levelheaded?

And then there’s Cinderella herself (Camila Cabello). No longer a mere prisoner of her nasty stepmother (Idina Menzel) awaiting salvation at the hands of her beloved prince, this Cinderella is a strong, business-minded dressmaker who wants to work in high fashion. Of course, there’s nothing wrong with giving her greater aspirations than marrying into royalty, but the movie forgets to add anything beyond these career goals. The character may embody a new value system—one that refutes the stuffy traditionalism of past adaptations—but she’s as one-dimensional as ever. What should be a triumphant piece of storytelling renovation instead comes across as deeply cynical, given the character’s lack of depth.

This is not to say that any other character is more fully developed. In case any ensemble member’s motivations aren’t readily apparent, each gets a pop song that lays out exactly what they’re thinking. Prince Robert sings “Somebody to Love,” by Queen, because he’s looking for somebody to love. The wicked stepmother belts out “Material Girl,” by Madonna, because she’s a bit of a material girl (living, of course, in a material world). The hardworking townspeople perform Janet Jackson’s “Rhythm Nation” because, well, they work in rhythm, I suppose. Nothing thematically links any of the songs that were chosen to knit this film into a musical; an Ed Sheeran number co-exists on the soundtrack with an Earth, Wind & Fire anthem. They’re all just loosely appropriate for the moment at hand.