Alvin pushed his sunglasses to his head reflexively as he stared down the canopy of a mature tree blocking his path down the alley. Scratching his temple, he collected himself emotionally and shifted the car into reverse. As he swung the car in the driveway, he glanced down the longer stretch of alleyway, knowing full well what he would see. An intractable maze of building debris, tree branches, and miscellanea. 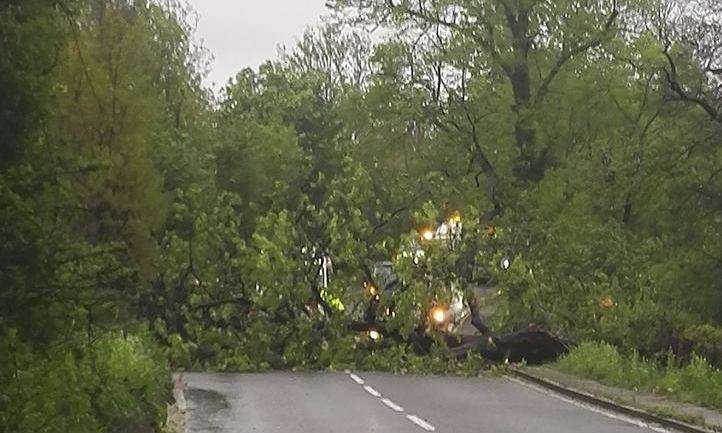 Well, we’re fucked. The emotion he felt was almost relief. There was no easy way out of this one. It was going to take an hour to clear enough of that tree out of the way, and that was assuming he could get the chainsaw to fire up. The other direction was simply not an option.

He threw the car into park with an exaggerated push, not noticing that the car was still rolling. The careless move was rewarded with an unpleasant chirp from the transmission.

How ’bout we don’t break the few things we have, yeah? He mildly chastised himself. He cracked the baby’s window, but kept the A/C running so that she would be comfortable but could also hear his voice. No need for a screaming baby to complicate matters.

The chainsaw and the bar oil were easy to find, sitting right at the edge of the garage. He cooed at the baby as he carried them out and set them next to the open driver’s door. The 2-cycle fuel, carb cleaner, and starting fluid were much harder to find, as everything had fallen off of the shelves and ended up in a giant pile. After a few moments of digging, he had all the necessary equipment and headed back out to the car. He found spots for the various liquids, but the saw itself didn’t really fit anywhere. After fussing with it for a few moments, he came to the conclusion that the bar was the problem, and he had a perfect solution. He pressed the button for the sunroof and, once it cracked open enough, shoved the bar up through the hole. The saw itself rested on the center console and, although it was awkward, he was able to drive the 50 feet down the alleyway without the saw being in his lap.

The oak that was sitting in the alley was enormous. Probably a 40 or 50 footer, one of the biggest ones in the neighborhood. It landed in just the wrong way so that removing it from the alley would require more than just trimming small branches. There were some multi-foot-wide branches sitting in the alley, and they would need to be cut into sections. An hour seemed optimistic at this point. 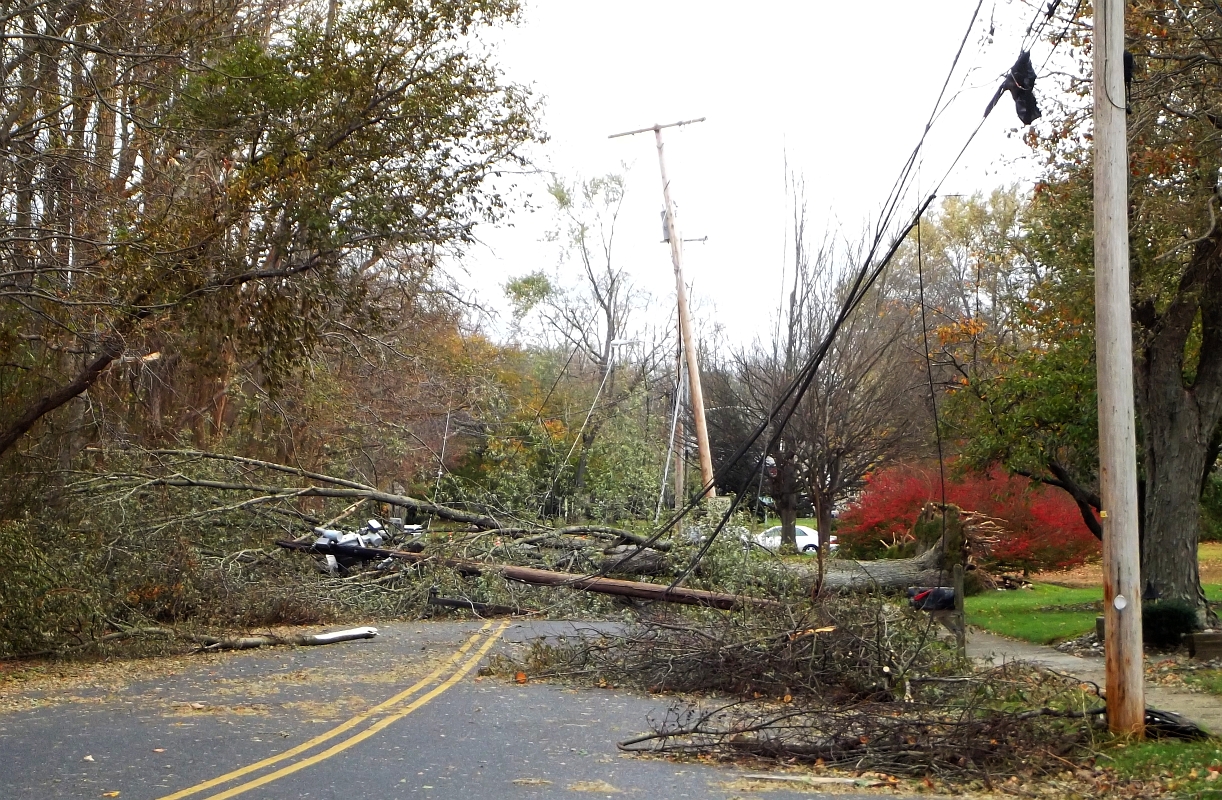 First things first, I have to hope that the fuel stabilizer actually held up over the 4 years since I last used the saw.

He wasn’t particularly hopeful, but it was try or die. As he got to work, his mind began to wander, focusing on the unseen.

The roadways are piling up. 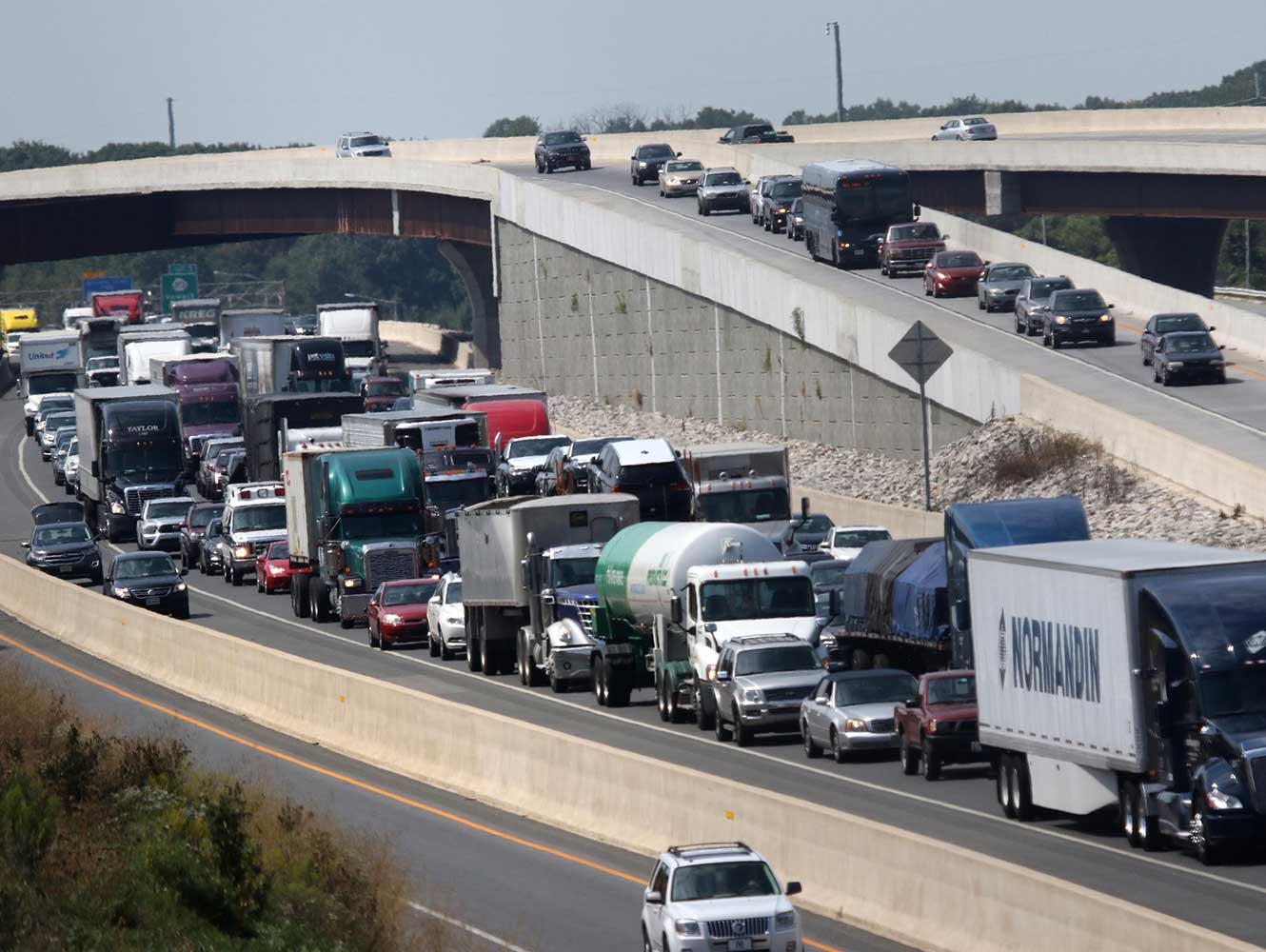 Upon removing the saw from the case, he twisted the dirt-caked fuel cap off and peered inside. A quarter tank of E15 fuel mixed with 2-cycle oil and some stabilizer. Probably as useful in there as water at this point. 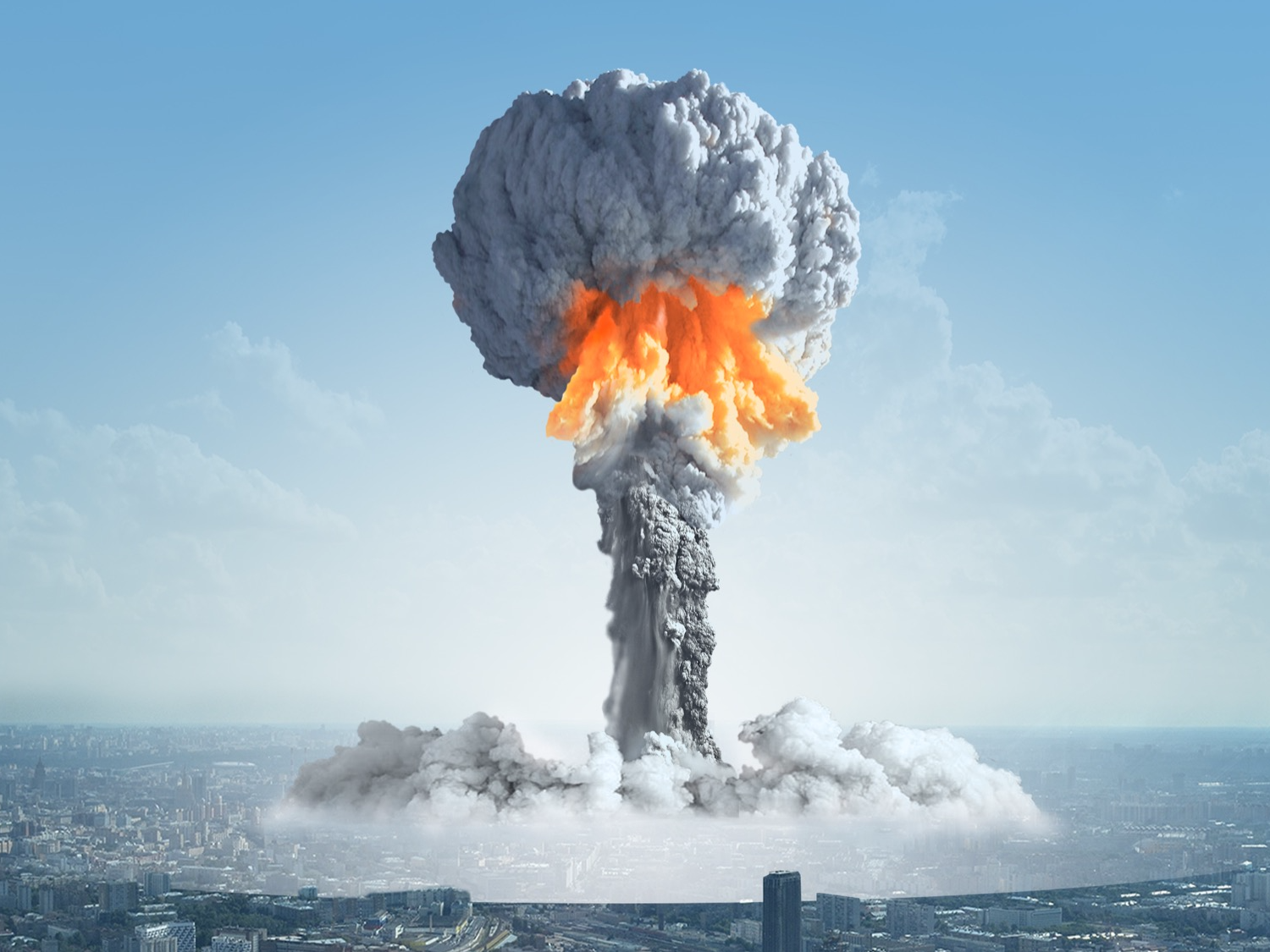 He turned the saw over and dumped the fuel into the grass, making sure there was no appreciable liquid left in the tank.

The rioting and looting starts soon. 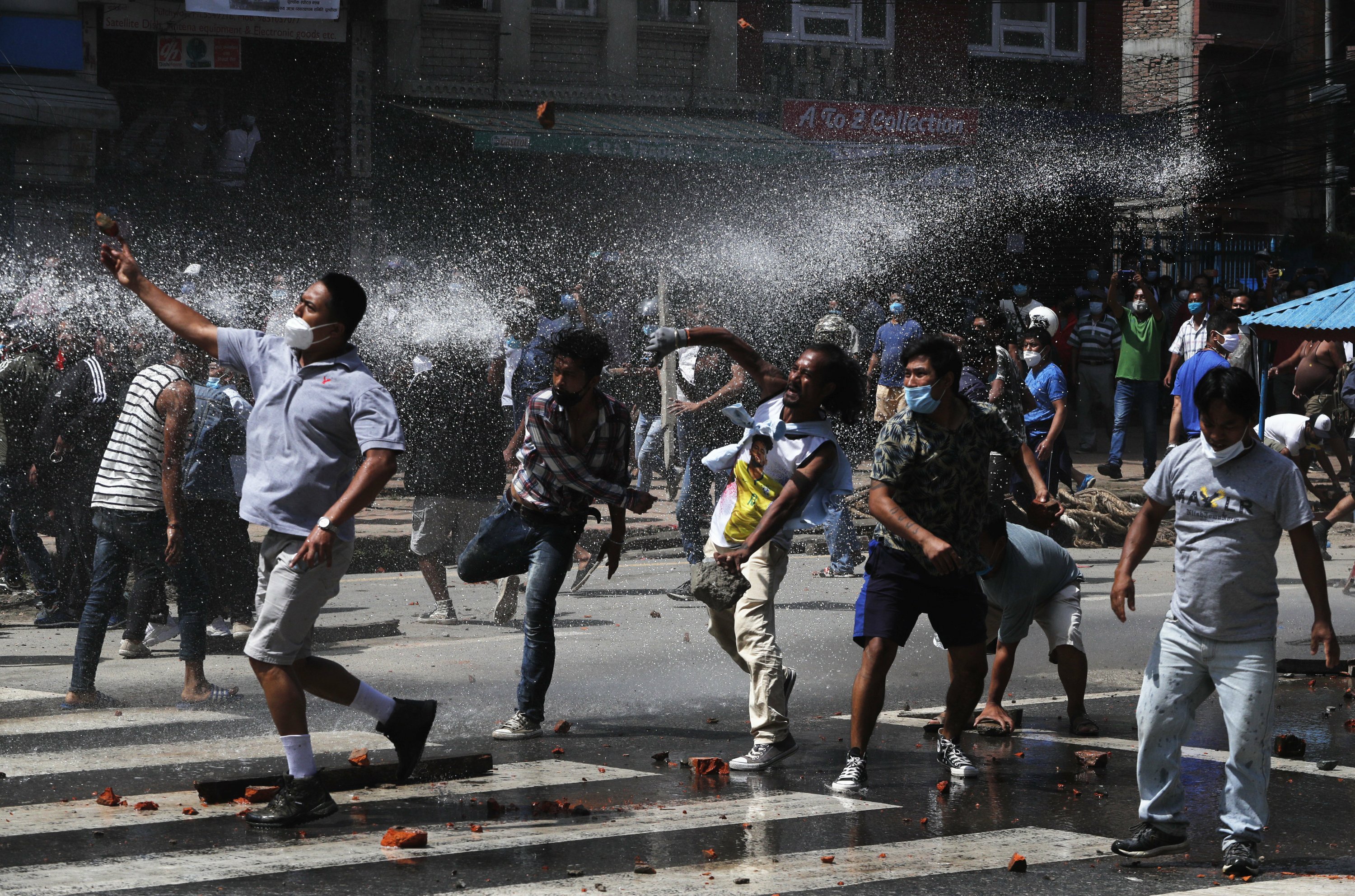 Topping up the tank with pre-mixed fuel, he spun the cap back on and pressed the fuel plunger a few times to get the fresh stuff into the bowl of the carburetor.

The saw will draw attention.

Not taking any chances, he unscrewed the air filter housing and removed the filter, setting both aside on the hot concrete. He doused the fuel nozzle in carb cleaner, hoping that by saturating the venturi, the chemicals would work faster.

Even the authorities are going to treat us like the refugees we are. They’ll shuffle us off to camps to starve to death. 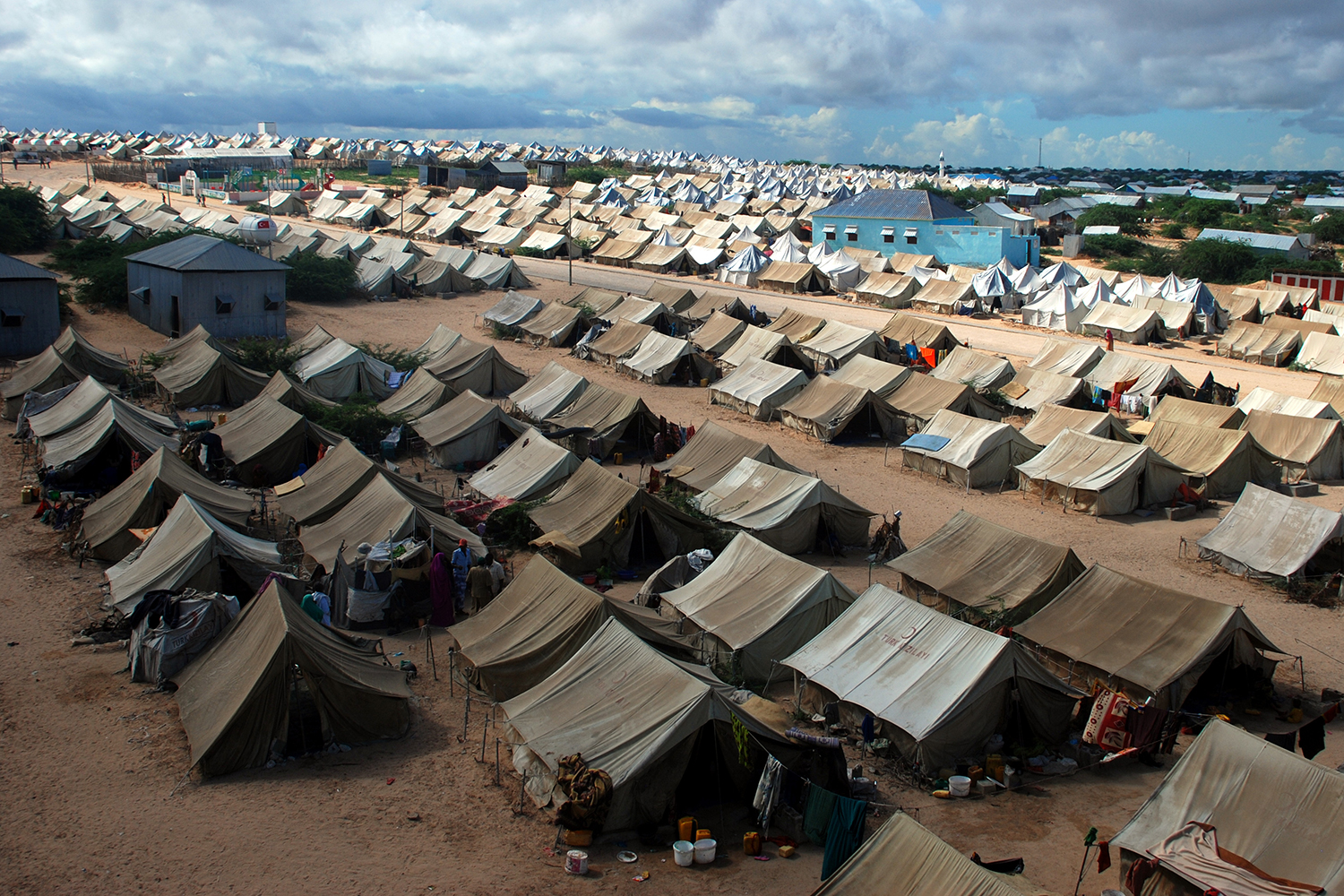 Choking the engine, he palmed the starter fluid and gave a yank on the pull handle.

Nope, didn’t even catch. Maybe the carb cleaner is the problem.

He tipped the saw over and watched as cleaner dripped out of the exposed carburetor.

He gave a blast of starter fluid and yanked on the handle again.

The halfhearted attempt at a start was a good sign, but he was pretty sure it was just eating the starting fluid and then dying.

Without adding more starting fluid, he gave another yank.

“Dammit!” Alvin threw his hands up. It could be one of any number of things, but a lack of fuel flow was top on the list.

“Okay, start from the beginning.” He said, reading the rudimentary instructions printed on the side of the saw.

“Set the choke to full. Check.

Set choke to half… Fuck.”

Alvin, smacking his forehead, reached down to the choke lever and set it to half open. Then, with a pull of the handle, progress announced itself.

“Alright, maybe we got something here” he said to nobody in particular. Moving the choke lever to full open, he depressed the trigger slightly and awkwardly yanked the pull handle.

The saw responded to the slight variations in trigger pressure he inputted, sounding off with the sharp rasp characteristic of chainsaws. The chain began to add its contribution to the symphony, slowly advancing despite the clutch being disengaged.

Alvin picked up the saw and pulled the trigger to full throttle.

The saw bogged and died before he could catch it.

“Good to know. keep it to half throttle” Alvin muttered, setting the saw back down and preparing to crank the engine yet one more time. Noticing the bar oil jug as his heel grazed it, he decided that it would be worth the effort to empty out the oil reservoir and refill it. He dumped the old hazardous material in a neighbor’s backyard, not bothering to care which one.  Moments later, with a full oil reservoir and a substantial amount of bar oil pooling on the ground beneath the saw, he repositioned himself and gave a yank on the pull handle one last time. Once the engine evened out into what could hardly be called a purr, he engaged the clutch and set out to start hacking the tree apart.

He identified a section of the tree to start with, hoping to slowly peel back the layers like an onion before getting to the challenging branches suspending upwards of ten feet in the air. The dynamics of cutting branches under weight weren’t new to him, but he never felt confident that the branch would fall where he wanted it to, and he especially didn’t feel confident that it wouldn’t buck before landing right where he planned. He had a ladder in the backyard that was slightly bent because of just that phenomenon. Adventures in chainsawing were never dull.

The first few branches weren’t too large, a decent start to what portended to be a long project. Alvin tried to keep them to manageable lengths as he piled them into a bundle.

No use in wasting time having to cut them again just to haul them out of here.

After a few moments, he had cut enough branches to make for a full load, and he glanced around for a good place to dump them. The alleyway was tight and there were quite a few fences that adjoined the alleyway very closely. Most fences were blown over, heaved up, or missing sections, but they were still enough of an obstacle that dragging branches past them into somebody’s yard wasn’t an option. Something caught his eye about one of the gaps between houses, though. The fence there only extended partway back towards the alley, and was in particularly bad shape.

He set the saw down and ran over to the fence, poking his head through where a few boards were missing.

“Yes! I think this’ll work!” He jogged back to the saw and picked it up, revving the engine to half power as he walked back to the fence.

Wood post construction plus large portions of the fence having been blown away plus enough of a gap between houses to fit a car meant that he could probably cut his work from a couple hours to a handful of minutes. He would have to be careful to cut the fence in a way that allowed his distinctly-not-meant-for-offroading sedan to get through, but an extra two minutes of careful was worth shaving two hours of tedious off of the day.

Less than five minutes later, he scrutinized the fresh path created by some efficient chainsaw work. There were a few post stumps to avoid, but the terrain was mostly level and there wasn’t any debris bigger than a few shards of one-by in the way.

After repacking the saw in its case and finding it a better permanent home wedged in between the car seat and the flour, Alvin swung the driver’s door shut and took in a breath. Glancing at the surprisingly fascinated baby in the rear view mirror and then at the encroaching dust clouds quickly obscuring the stratospheric mushroom, he mentally girded his loins.

Time to face the world, or what’s left of it.

He pressed the accelerator slowly, feeling the bump and rumble that indicated their excursion had gone off road.  Less than 100 feet later, he was on pavement, pointed toward the exit to the neighborhood. While there was plenty of debris scattered across the road, he could see an open path to the main road, a main road not yet clogged with cars. He saw a pickup truck fly by at what had to be 90 miles per hour, but there was no gridlock, contrary to his expectations. Either everybody else was dead or Alvin was still ahead of the curve.