In the comments to another article I mentioned that I 3D printed a cell phone wireless charging adapter for my car.  Several people asked for an article about the process of the 3D printing.  I’m far from an expert, but in the past few years have learned just enough to be dangerous.

The first step in 3D printing is finding something to print.  The most common site for free files that can be printed is Thingiverse.  It’s got great content, but the site itself is not so great.  From some of the anecdotes I’ve read some VC group bought it and basically broke the search and as traffic grew starved the site site of resources.  There are alternatives, but they are either very narrow or not very good either.

At some point you are likely going to one to either make your own design or modify a design so I thought I’d start with creating a file to 3D print.  Realizing that Defense Distributed’s Liberator  is probably the most Glib choice I chose the second most Glib selection.  Here is what I found in our image library 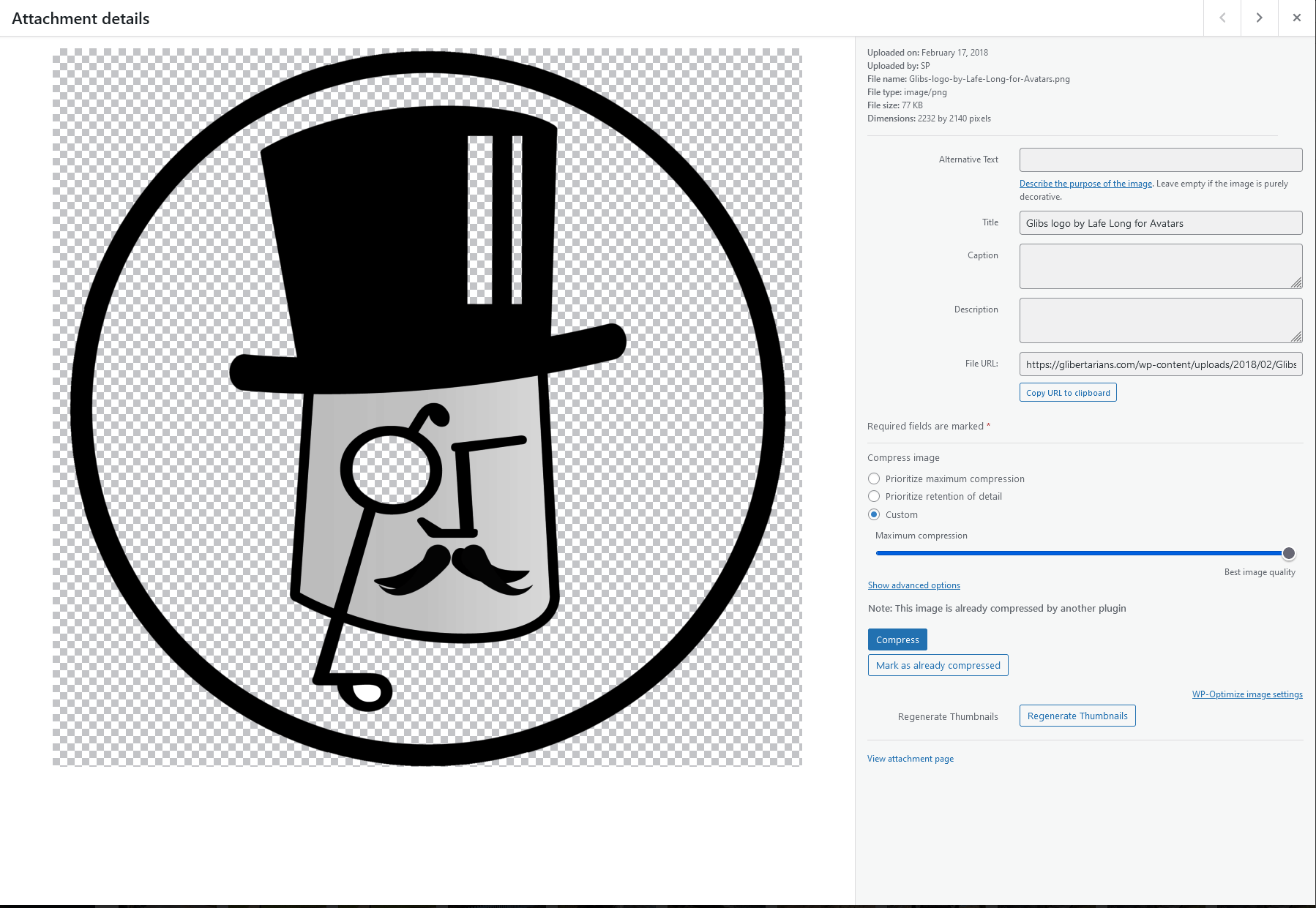 The problem is that this particular file is 2D.  I’ve never actually tried to make a 3D file from a 2D image, but it would appear there are few sites that will help you out here.  Naturally, they likely retain a copy of what you upload for conversion, but I’ll risk it here. 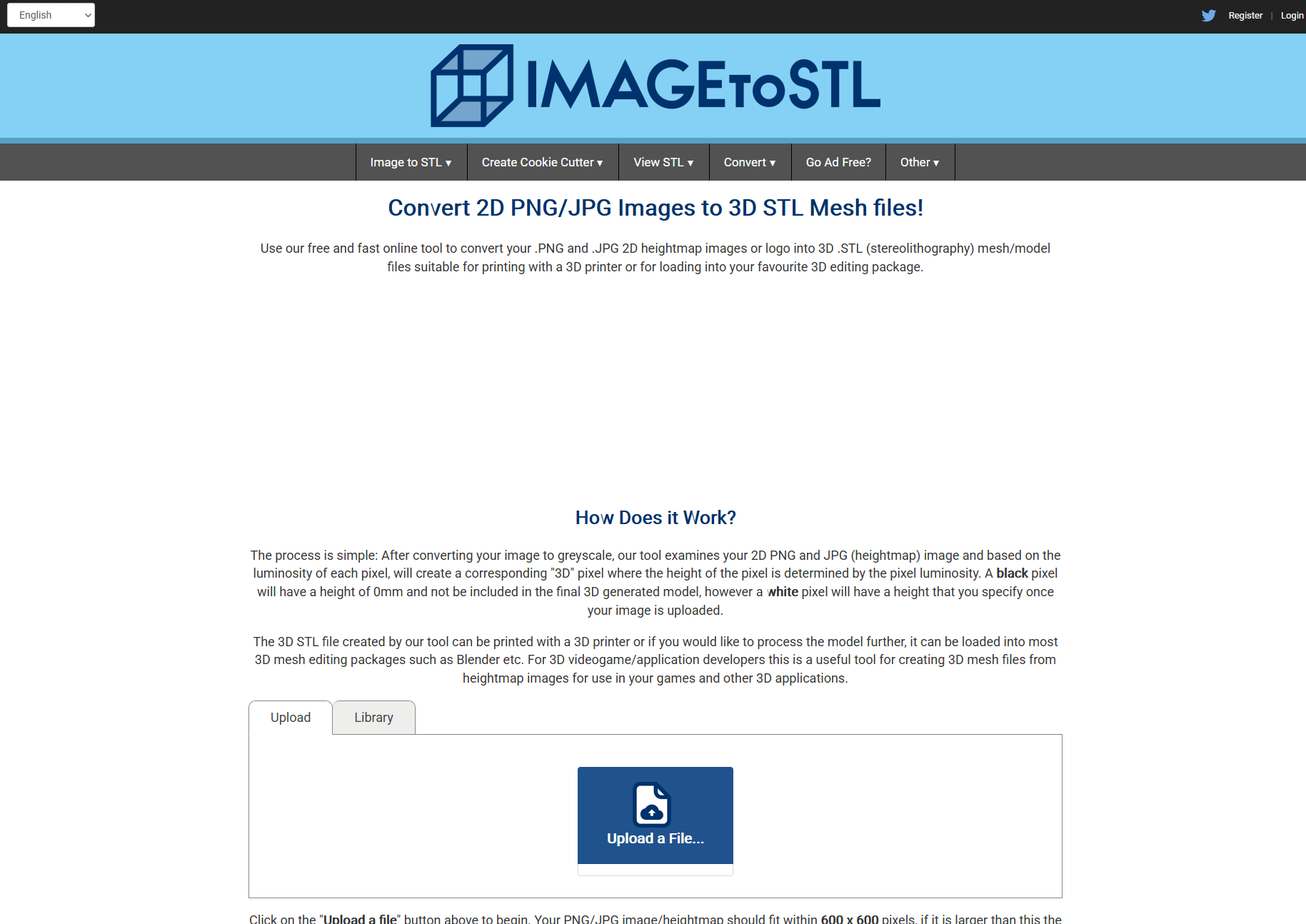 Here is the what the site selected for default settings with exception of “Invert Output” which I selected.  This will raise anything that is black in the image and set anything white in the image to have no height.  See the field “Add Base”.  I probably should have used a value there, but we will fix that later. 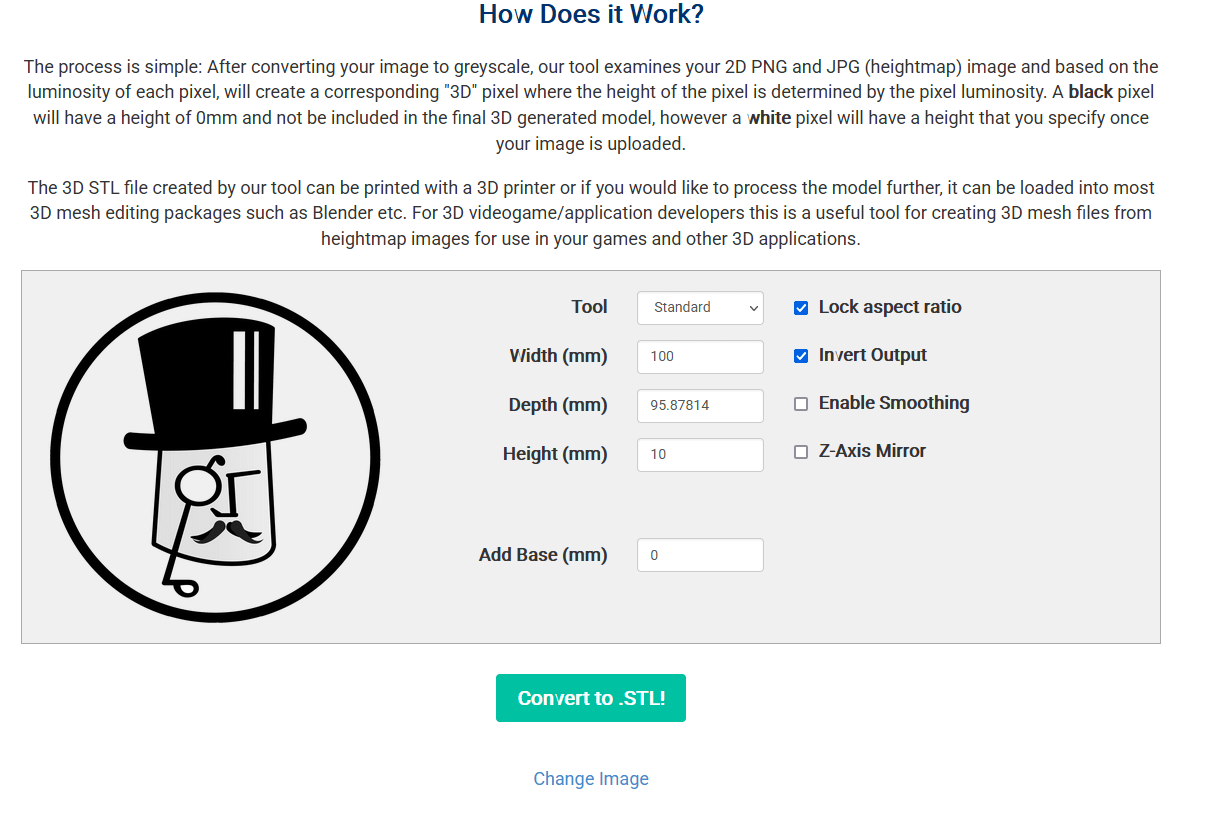 We are going to take the STL file we just created and bring into a CAD (Computer Aided Design) program.  Which one should we chose?

AutoCAD – It’s one of the gold standards and used across the world by many companies.  I wonder how much it costs? Oh, nevermind.  Plus it’s made by an all controlling corporation abusing its near monopoly on the professional market called AutoDesk.

How about Fusion 360?  All the “makers” use it.  Maker, the new word for cool people who actually make something.  I guess this is show how much better these people are than mere “consumers”.  Let’s check it out and see what pricing looks like.  Looks, like I can actually get a personal subscription for free – at least for one year.  When I looked at this a year ago you only got a single year free and after that you had to pay.  It would appear “the Maker Community” has managed to make the company back off it’s licensing requirements.  Let’s hope that the company doesn’t alter the agreement again.  What company would that be?  That would be AutoDesk.

I know let’s try Tinkercad. It’s relatively simple to learn, used to teach basic CAD to students.  Plus I can finally get away from that terrible company called…  Wait what does that logo say above Tinkercad? 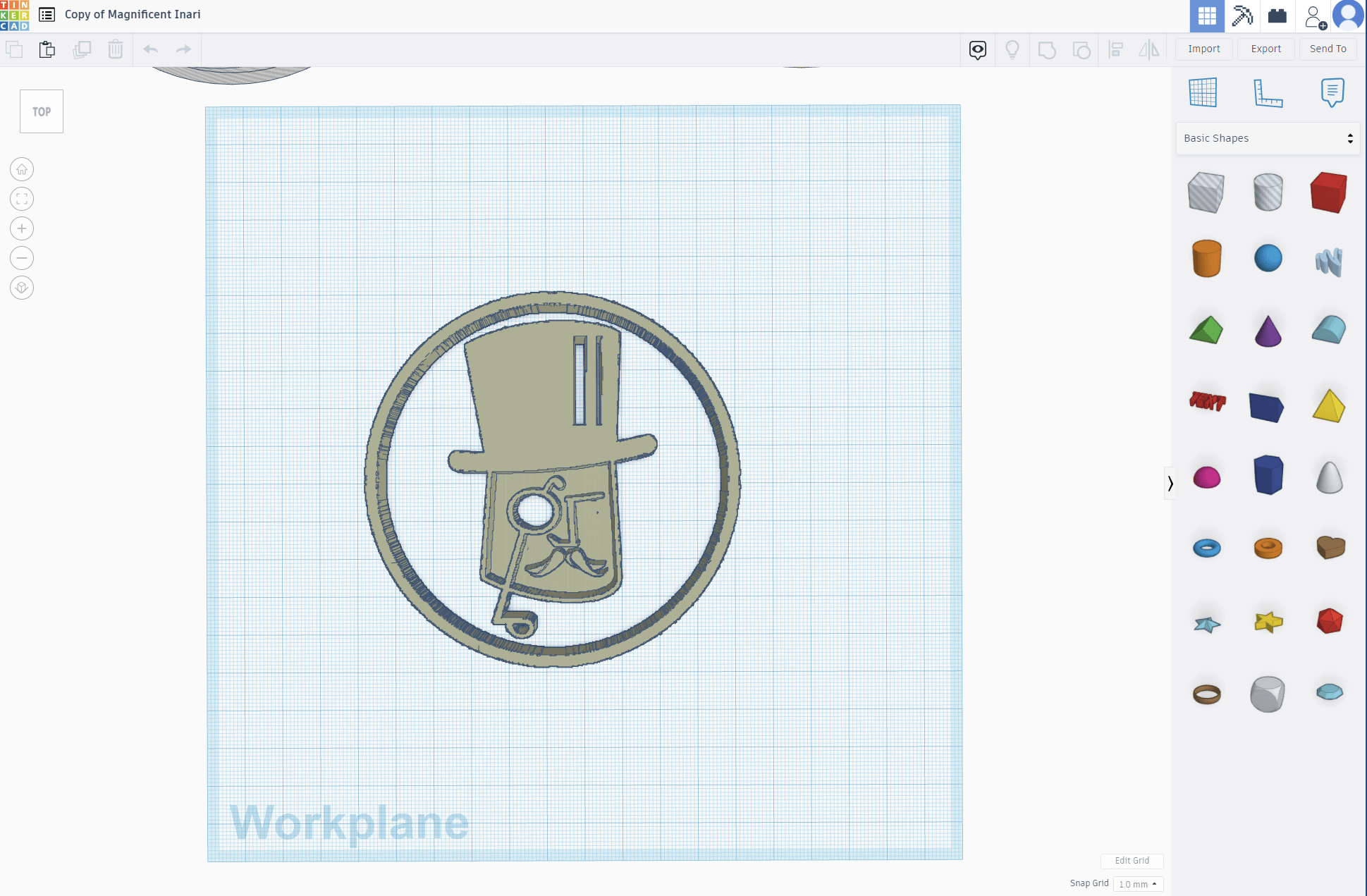 We have problem with the piece we’ve just converted.  You can see that it is two pieces.  We could print this just fine, but it will print it as two separate pieces.  We want to have this as one single object.  I believe this is what the “Add Base” option from the conversion site would have done.  We can do the same or possibly better right in the CAD program.

Tinkercad uses a simplified constructive solid geometry method of constructing models. A design is made up of primitive shapes that are either “solid” or “hole”. Combining solids and holes together, new shapes can be created, which in turn can be assigned the property of solid or hole. In addition to the standard library of primitive shapes, a user can create custom shape generators using a built-in JavaScript editor.

In our case we going to create a “solid” disc to fit under the logo and “hole” shape of  a ring to which will both align the disc perfectly under the logo and make the outside completely round  and smooth when we print it.  Below the disc is orange and the ring is the grey striped object. 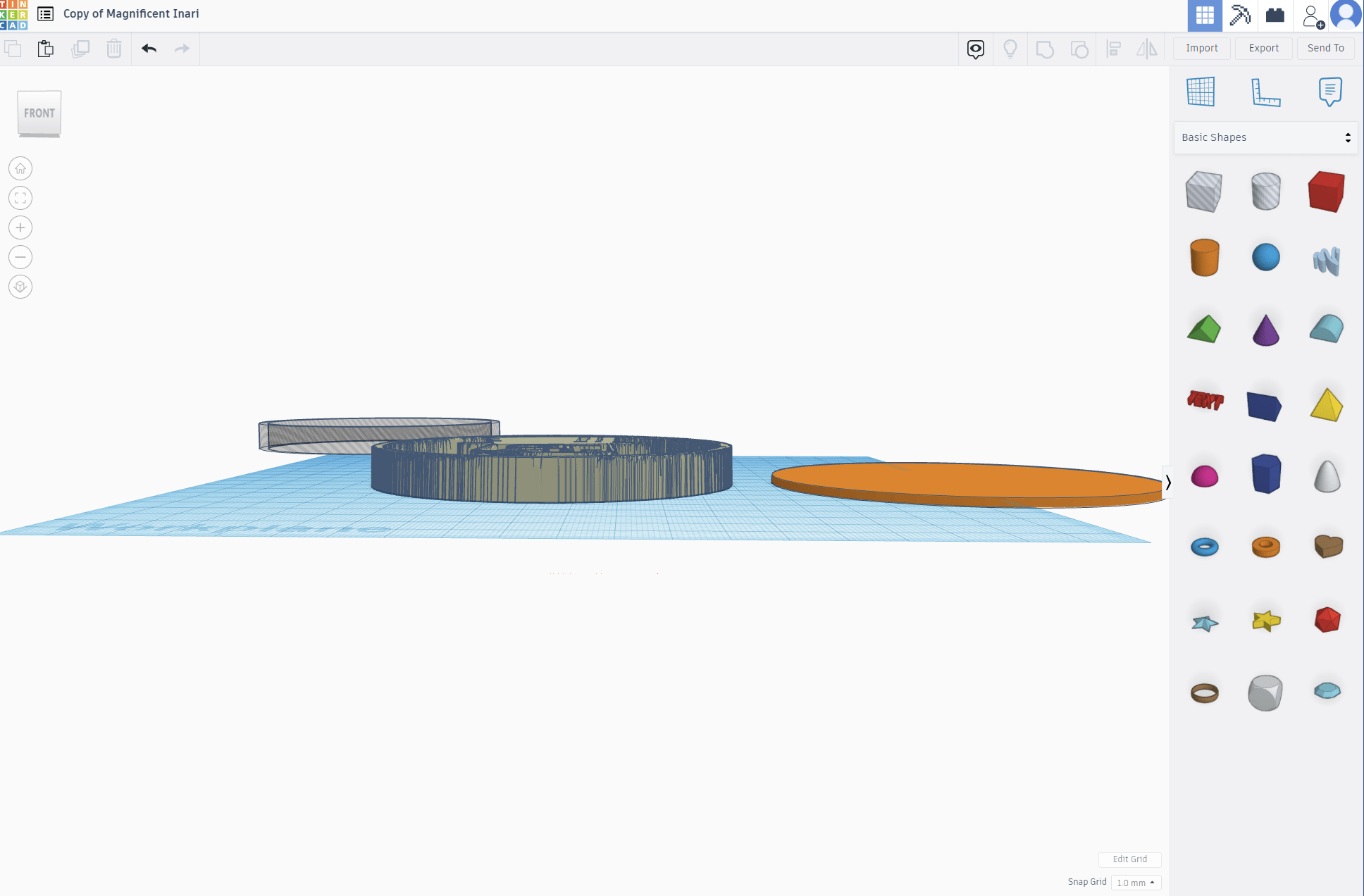 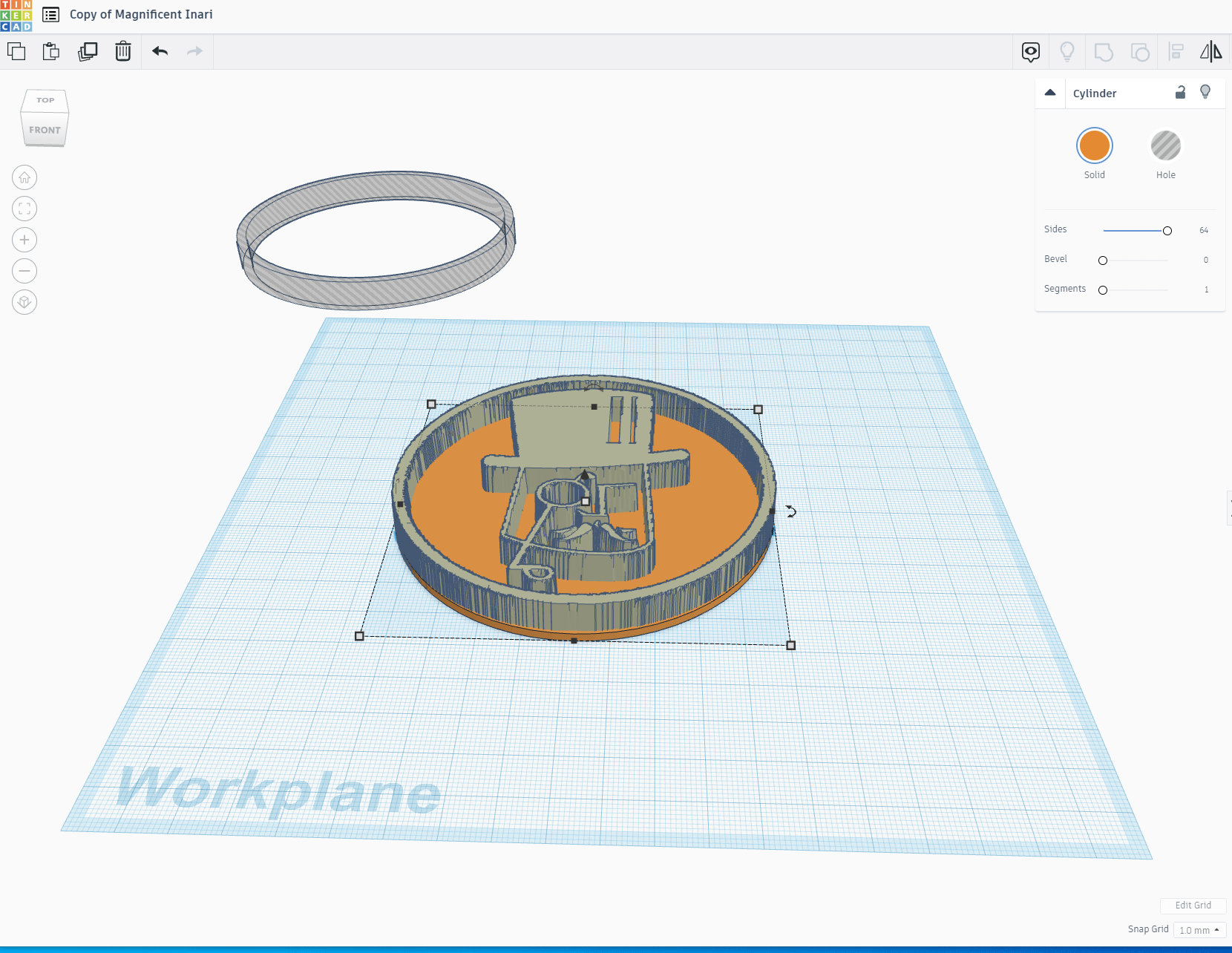 At this point we’ve now arranged all three shapes together. 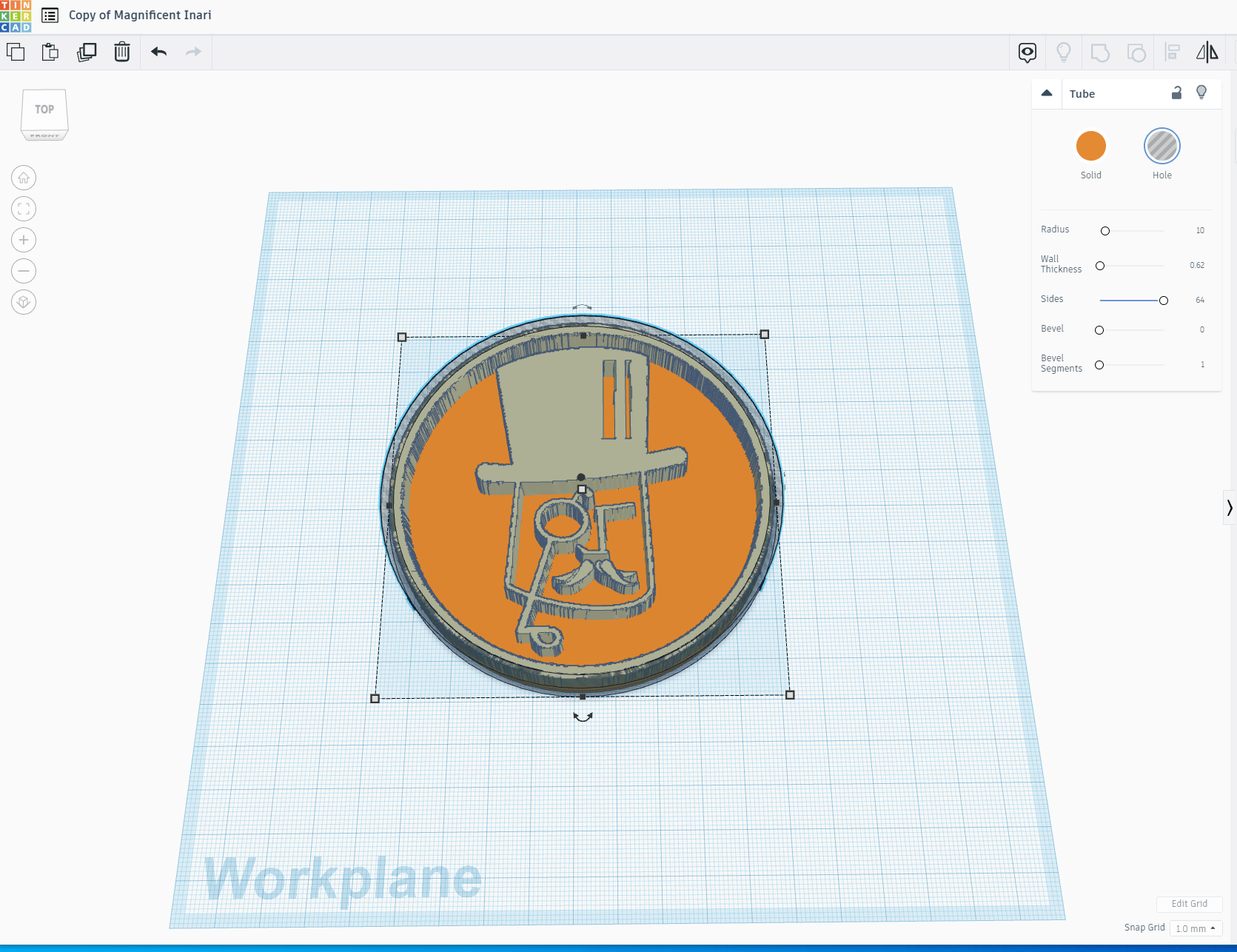 Once we’ve got everything where we want it we will “Group” the three shapes together and create a single object.  After that we export the file as STL format. 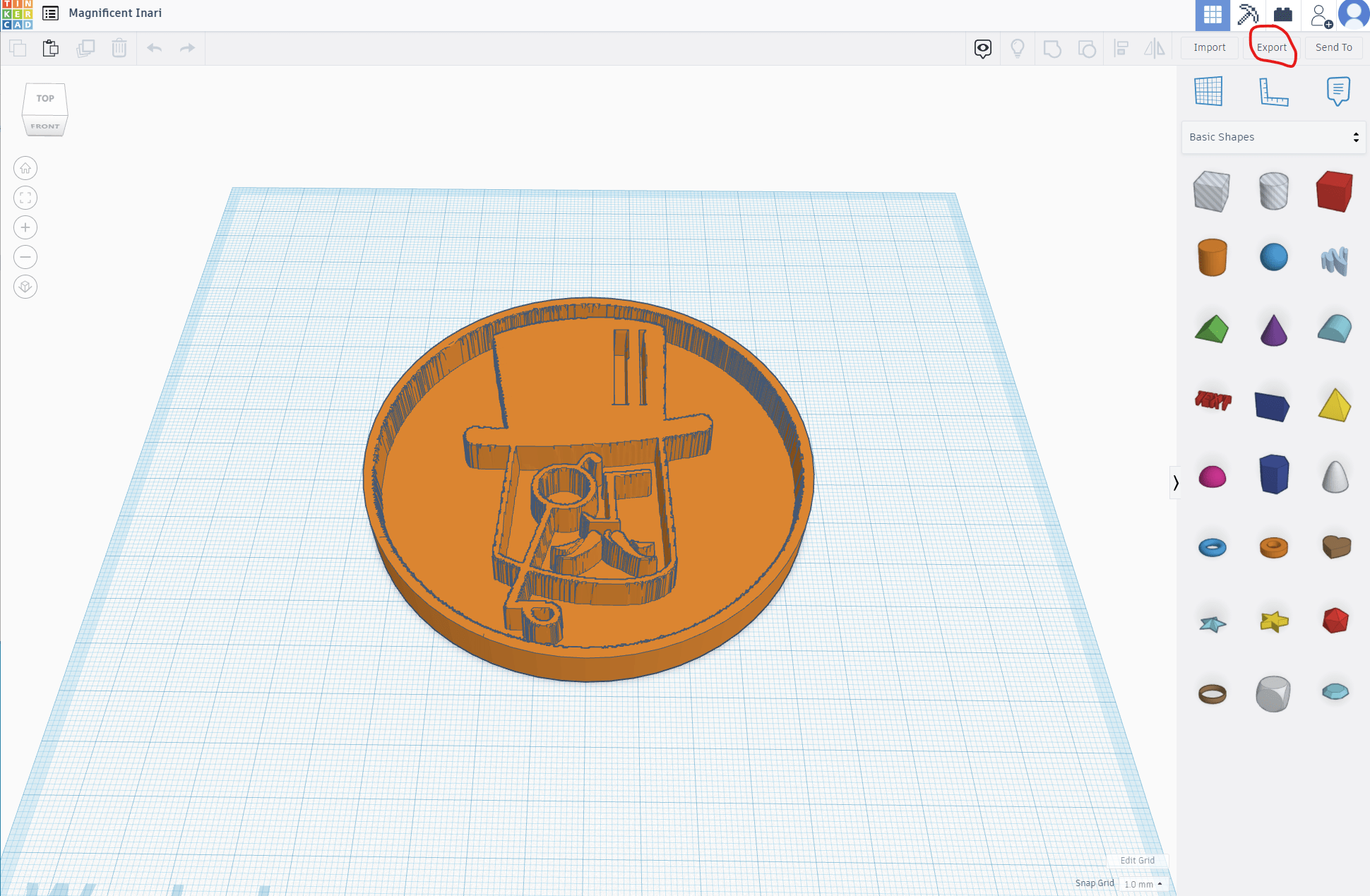 One of the things that Tinkercad does is create random names for projects you start one.  It’s must be fate as the name Tinkercad randomly assigned this particular project  was “Magnificent Inari”.

So as to remain true to form –

Inari Ōkami (Japanese: 稲荷大神), also called Ō-Inari (大稲荷), is the Japanese kami of foxes, fertility, rice, tea and sake, of agriculture and industry, of general prosperity and worldly success[citation needed], and one of the principal kami of Shinto. In earlier Japan, Inari was also the patron of swordsmiths and merchants. Represented as male, female, or androgynous, Inari is sometimes seen as a collective of three or five individual kami. Inari appears to have been worshipped since the founding of a shrine at Inari Mountain in 711 AD, although some scholars believe that worship started in the late 5th century.

Here is a link to the STI file for the Magnificent Inari.

Now that we’ve got a 3D object we need to get it printed.  The next step in that process is to use a program called a “slicer”.   A slicer takes the 3D object file and both converts it and modifies it to match the particular CNC (computer numerical control) device you are going to be using it with.  In the next installment we will go through slicing the logo we just created.  Slicing is more than just a straightforward file conversion.  You have to adjust the model within the slicer to deal with constraints of device that you will be using to create the object. 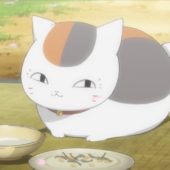