The Joy of Skiing 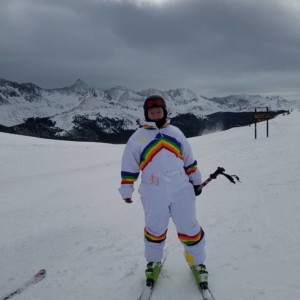 I first strapped on boots and skis in the winter of ’79-’80 at Cochran’s. I couldn’t figure out how to use the tow rope, slow down, or stop, despite having a lesson from some of the best instructors Vermont has to offer. Seriously. Cochran’s has produced thousands of future ski enthusiasts and a couple of Olympians. For some reason, their teachings didn’t sink in with me and I spent a miserable day whining and crying on the slopes. I thought I’d had enough of skiing.

But when you live in Vermont, and the winters are cold and dark, you really need something to do all day on weekends and holidays. So I gave it another shot, at Bolton Valley. No lessons, no tow ropes. Just a 7-year-old and her dad and real chair lifts. Something clicked and I just…started skiing.

I was able to ski blue (i.e. intermediate) trails pretty much right off the bat. That’s over 40 years of going with gravity. So what’s so great about being out in the cold and snow, sliding down a mountain with two boards strapped to your feet? (I would say what’s not so great about all those things). 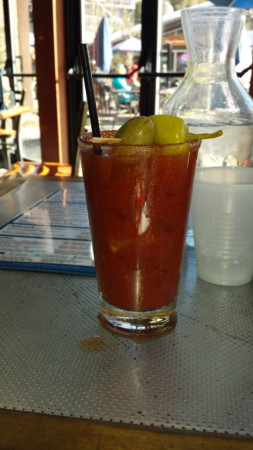 Ultra focus. You ever have those times when you’re doing a task or activity, or just relaxing, and your brain just sort of loses track of everything except the task at had? I fid this happens to me when I do activities that are both a) repetitive and b) require loads of concentration. Imagine being on a gentle snowy slope with a consistent downhill pitch, just making turns. Turn left. Turn right. Turn left. Turn right. In a steady rhythm, over and over again. I can name only one other activity that provides me that kind of focus*.

Brain bleach. The amount of concentration, repetition, and focus is like a literal mind cleanser. To come out of a deep reverie and realize that you have just gone to a whole new mental state is incredible. If I have the perfect conditions on the perfect ski slope, it will recharge my batteries, both mental and physical, to nearly full. Anxieties and worries that have flown away on the slopes tend to stay away longer and longer the more I ski. That sense of total relaxation and ease with the world can’t be undersold. Bolton Valley remains my favorite ski resort to this day because of the Lower Wilderness Liftline trail and the near-nirvana experience it provides.

Atmospherics. There’s nothing quite like a beer and a bowl of chili in front of a fire after a few hours on the slopes. Nuff said?

Turn baby, turn. Once you move beyond pizza and French fries, you learn the parallel turn. This is when you can start to play around with speed and control. Many people start skiing the steeps when they get to this point, as it is the ultimate test of the speed/control balance. I like to ski the kiddie slopes, and make sweeping, long turns. I’ll tell you why. There is a moment – a split second – going into the beginning of the turn, where you unbend your knees. This momentarily lifts you up to a state of near-weightlessness, allowing your skis to turn and point the other direction. Any roller coaster enthusiast will tell you the ultimate experience is feeling the negative g-force. On a good run, with long, rhythmic turns, you can experience that zero gravity moment over and over again.

Fitness. Yes, skiing is great exercise. It is a calorie-burning machine, running ~300-400 calories/hour for someone that skis beginner to intermediate groomed “cruiser” trails (like me). It is lower-impact than jogging (unless you’re one of these guys) and more fun than an elliptical. It’s also an activity you can enjoy even with a few extra pounds around the midsection (like me). The most huffing and puffing I do at the slopes is carry my skis from the lodge to the lift. That being said, as great as skiing is for fitness, precious few of us get to do it on the type of regular basis to make it a daily part of a fitness routine.

I leave you with a hosted trip down the west side of Copper Mountain.