A Tour of Vermont 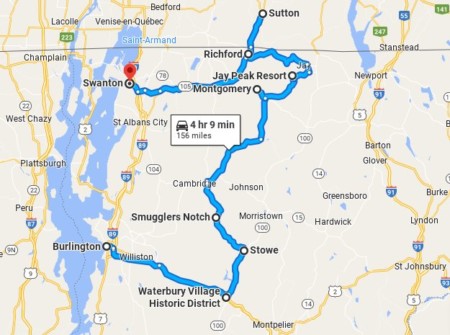 The tour minus the last few bits

I live in northern[1] Vermont and don’t get far from my small town so the scope of this travelogue is limited to Vermont’s northwest quadrant. I don’t know much about the southern[2] part of the state or what’s on the east side of the Green Mountain range.

Google Maps limits the number of points on a journey. From Swanton in the upper left corner extend the blue line north nearly to the border and then back down south through St. Albans and back to Burlington.

A note about the weather

Vermont has a number of seasons: Mud, Black Fly[3], Grow, Leaf, Hunting, and Ski. If you’re visiting Vermont then I don’t recommend the first two unless you’re here for Sugaring which coincides with Mud. If you come during Ski season then you’d better be prepared to ski because there’s little else to do.[4]

It all starts in Burlington

Burlington is Vermont’s largest city with 45K people. That makes it a small town by real-state standards and the city has a weird psychological split because of it, trying to have the advantages of both a city and a small town. It generally works but I feel there’s a sense of desperation.

Church Street is the obligatory tourist attraction but I prefer to go down the hill to Lake Champlain where one can dine on the waterfront and watch the excursion boat come and go. There’s also a lake aquarium and science center ECHO, Leahy Center for Lake Champlain the name of which pisses me off.[5]

Just to the south of Burlington is the Shelburne Museum with an outstanding collection of Americana but the only thing I care about is The Ticonderoga which was retired in 1953[6] and brought in as a permanent exhibit. Some readers may find interesting the museum’s collection of old Vermont Firearms.

Montpelier is Vermont’s capital city with 8K people. It’s 39 miles southeast of Burlington on Interstate 89. The gold-domed capitol building is picturesque but there’s little else to do there except count lawyers.

On second thought, let’s not go to Montpelier. ‘Tis a silly place.

Three quarters of the way to Montpelier is the town of Waterbury with the Ben and Jerry’s manufacturing plant, Vermont’s biggest tourist attraction. Put aside your politics and ice cream! Then head north on Route 100 to Stowe. There, among other attractions, is The Alchemist brewery where you can buy[7] a six-pack of Heady Topper and try to figure out why some consider it the best beer In the world.[8]

Then go north on Route 108 and pass through Smuggler’s Notch famous for historical smuggling, trucks ignoring the “No Trucks, We Really Mean It” signs and getting stuck, and being closed during Ski season.

A scenic journey north on Route 108 to 109 to 118 to 242 gets you to quaint Montgomery. A few miles up 242 on the right is The Belfry owned and operated by some friends[9] of mine. A few miles past that is Jay Peak with a year-round[10] tram going to the top of the mountain where refreshments are available, and a year-round water park that seems surreal when visited in the middle of Ski season.

Make your exit from Jay Peak by continuing east on 242, a jog north on 101, and then west on 105. This crosses the Green Mountain range again and eventually you’ll encounter Richford only notable for a quick stop that’s both a gas station and a liquor store. Who says Vermont lost all of its libertarian principles?

Getting out of Vermont the hard way

Pack your passport and vax card and engage in International Intercourse by crossing the border into Canada. From Richford head north on Vermont Route 139, cross the border to Quebec Route 139, and journey 11 kilometers[11] to Sutton which has a fine old French restaurant, and competing brewpubs across the street from each other. 110 kilometers further northwest is the city of Montreal which deserves an article to itself. Your humble correspondent lived in Montreal for a year.

I’ve heard that getting back into the U.S. is easier than getting out. Return to Richford and get on Route 105 going west. Route 105 intertwines the Missisquoi River and some old train tracks turned rail trail. Turn right onto Route 78 to go to Swanton where enthusiasts may enjoy the Railroad Depot Museum which contains some of my family’s artifacts. Then head north on Route 7. This would take you back to Canada but just before that is…

The Tyler Place in Highgate Springs[12] is a family resort the shtick of which is that they take your kids off your hands every day for a week. The entire family stays in a cottage but children and adults are separated for breakfast and reunited after dinner. Kids are organized in age groups and by all reports have a blast. Your humble correspondent worked there as a waiter one summer in 1982.[13]

Returning to Swanton there’s a choice of getting on Interstate 89 or Route 7 going south. Both will take you to St. Albans the Main Street of which used to be vacant and sad but is now quite lively. Liveliness is enhanced by the 14th Star brewpub. St. Albans is the location of the annual Vermont Maple Festival held during the last weekend of April.

The end of the road

My journeys to Burlington are almost always speeding down Interstate 89 with few stops in-between. There may be wonders between St. Albans and Burlington but I don’t know of them.

[2] They have funny accents down there anyway.

[3] The parts of Vermont with which I am familiar don’t have a bad black fly problem. I deal with bugs this way.

[4] For some reason ice fishing isn’t a big tourist draw.

[5] Dedicated in 2003 to Senator Patrick Leahy who is still alive. I think this was, and remains, in incredibly bad taste.

[6] My grandmother rode on the Ti’s final excursion and my family has souvenirs of the event.

[7] Heady Topper used to be unobtanium outside of Stowe. It’s now more widely available. I’ve never seen it in my small town but I’ve seen it in an adjacent town.

[8] I think it tastes like grapefruit juice. I prefer The Alchemist’s Luscious which is like drinking liquid chocolate.

[9] No, dropping my name won’t get you comped but if enough of you do I might be.

[10] During Ski season the tram is packed with eager skiers. I don’t know if single round-trip tickets are even available then.

[11] 11 kilometers is 6.8 miles for those not conversant with Napoleonic systems of measurement.[15]

[12] In the unlikely event you ever go to Highgate Springs let me know. I can provide accommodations and reveal secrets.

[14] Alas[16], I sold that lot and so cannot entertain any new smuggling[17] opportunities.

[15] Remember that in Canada the speed limit signs are in KPH so don’t get all excited when you see “90”.

[16] Not really. It was just a property tax burden and I was happy to get rid of it. 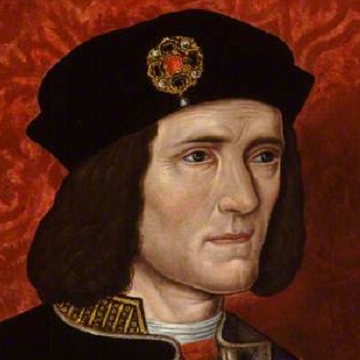