A Glibertarians Exclusive – Legionnaire I

A Glibertarians Exclusive – Legionnaire, Part I 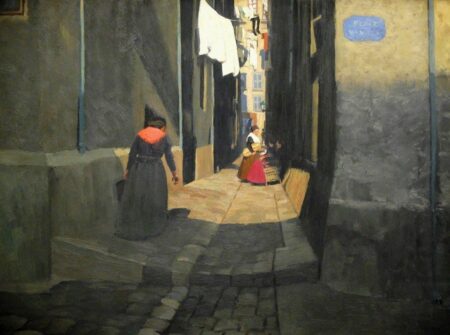 The old man sat in a chair, at a table, with a glass of red wine in front of him.  His trousers were old and patched.  His shoes were scuffed.  On the lapel of his threadbare jacket, he wore a brass device, the grenade emblem of the French Foreign Legion.

He looked up at the midday sun.  It was a bright, warm day, as summer days in Marseilles generally were.  He closed his eyes and smiled.  He had little money, but he had enough for his one-room flat on the Rue Jean Galland, enough to feed himself, enough to enjoy a few glasses of wine now and then – or maybe a little more often than that.  That was all that mattered.  After all, he had no one but himself to please.

“Come a long damn way from South Carolina,” he muttered.

When he called for another glass of wine, he spoke French, with the accent of Marseilles.  His first tutor in French, many years ago, had been a profane French Army sergeant, who was followed by his total immersion into a world where his soft South Carolina English was unheard.  But his personal mutter, in English, had not gone unnoticed; a young man passing by on the sidewalk stopped and stared at the old man.

“I heard you just now,” the young man replied.  In English.  With the accent of Virginia.  “You an American?”

“Well,” the old man replied, again in English, “that’s a right good question.  I suppose part of me still is.  I was a Confederate, last time I was in the New World.  Been a long time since then.”

“What brings you here?”  The young man nodded towards the empty chair opposite the old man and, receiving nodded assent, sat down.

“Son, that’s a long story.  First, why don’t you tell me what you’re doing in Marseilles?”

“Looking for something to do.  I come from a small farm a way west of Portsmouth.  Old man grows cotton and some truck.  Didn’t really want to live my life looking at the south end of a northbound mule, so I left.  Now I’m looking for some excitement, I guess.  Been working my way across Europe.”

“Philip McGraw,” the younger answered.  “And you?”

“Caleb Pettigrew.  Once of the Army of Northern Virginia.  Later, the Légion étrangère.  That’s the French Foreign Legion.”  He tapped the brass device on his lapel.  “Now?  Just an old fart drinking wine in Marseilles.”

“The Foreign Legion?  Now that sounds interesting.  Can you tell me about it?”

Caleb pointed to his now-empty wine glass.  “Tell you what, sonny – grab us a bottle of wine, and I’ll yarn on as long as you care to listen.  When it comes to the Legion, I could tell stories all day.  The Legion was my home, for a long damn time.  Could be I could tell you about the War of the Northern Aggression, too, if you like.”

“Heard plenty about that from my Grandpaw.  He was in Stuart’s cavalry.  But I’d like to hear about the Legion.”  The young man’s French was rudimentary, but he managed to flag the waiter, requested a bottle of wine and a plate of bread and cheese.

“OK,” Philip McGraw said once they were served.  “How’d you come to join the Legion in the first place?”

Two Confederate soldiers – former Confederates, now – stood, talking.  Both were scrawny, both were lousy, both knew all too well the recent sting of defeat.  But Marse Bob had given the order, stack arms and quit, and so they had done so.

“Well,” Caleb Pettigrew said sadly, “That’s it.  We’re whipped.  Handed in my musket.  Now we just have to figure what comes next.  What are you gonna do now?”

“Hear tell Egypt is looking for soldiers,” Caleb’s friend Bob Allen answered.  “Might head that way.  Don’t rightly know if I can stay here, not with the Yankees runnin’ everything.”

“Ha!”  Caleb slapped his old friend on the back.  “Not a bad idea, but I think I may head somewhere a might cooler.  Europe, maybe.  They’re always scrapping over there, bound to be a place for a man who’s good with a musket.”

“Too hot for me.  Well, old buddy – I got my back pay, I got the clothes on my back and not a damn thing else.  Guess I’ll head for Norfolk, see if I can brag my way onto a ship for Europe.  What about you?”

“Hear tell of recruiters for Egypt working out of Charleston.  Yankee soldiers were talking about it.  Figure I’ll check that out.”

“I can see it now.”  He laughed.  “Hell, they’ll be calling you Cairo Bob for the rest of your born days.”

“S’pose I’ll find out when I get to wherever I’m going.”

The two soldiers looked at each other one last time, then turned and walked away.

It took five days for Caleb to walk to Norfolk.  The roads were crowded with downcast men in tattered gray, heading home.  He heard rumors – that the cause was not lost, that out west General Smith was still fighting, that President Davis and a core of loyal followers were fleeing to Mexico, to try to find a way to continue the fight.

Caleb digested the rumors and kept on.  He had made up his mind.

He arrived in Norfolk with his shoes disintegrating and his belly empty.  Making his way to the waterfront, he finally discarded the remains of his shoes and walked in bare feet down a row of ships with everything he owned – a pocketful of worthless Confederate banknotes, the remains of his gray uniform, a tattered kepi and a cheap clasp knife in one pocket.  One ship caught his eye.  The aging barkentine flew the flag of France, and a loutish man in loose trousers and a stained tunic lounged at the foot of the gangplank.

“Pardon me, friend,” Caleb asked the man.  “Wouldn’t happen to be looking for any help here, would you?  I’ll work for passage.”

“Il est possible,” the man replied.  His face scrunched up, like a cheap ham actor trying to register Deep Thought.  “Pardon,” he said at last.  “My Eenglish, she is not so good.  Can you work?”

“I want to go anywhere away from here.  In case you ain’t been watching the news, friend, we-uns just got our asses kicked.  I want to get out while the gettin’s good.”

“You ever sail the ship before?”

“Nothing this big.  Rowboats a lot.  Sailed in my uncles’ little sailboat in Charleston harbor a few times.”

“Well, that is not nothing,” the Frenchman mused.  “Come along.  I take you see the Captain.  You convince him, it may be that he let you work for passage.  And maybe, just maybe, for some shoes.”

“Thanks,” Caleb said.  A thought occurred to him.  “What port are we bound for?”

The Frenchman led the way up the gangplank.  Caleb shrugged and followed.

Note:  There are several versions of the song that inspired this story.

T’was in another lifetime, one of toil and blood
Blackness was a virtue, and the road was full of mud
I came in from the wilderness, a creature void of form
“Come in”, She said, “I’ll give you shelter from the storm”