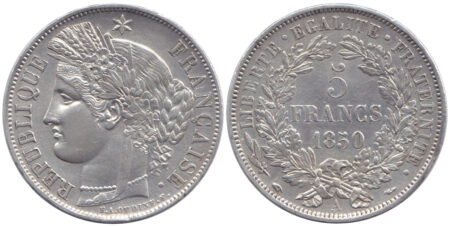 “So, I found myself in Marseille,” Caleb Pettigrew said, slapping the table.  “Right here in this city.  I didn’t speak French.  Not a word.  I didn’t have any way to earn a living.  Oh, that ship captain, he gave me some shoes that didn’t fit and a couple of changes of clothes.  Henri, the guy I told you about at the dock in Norfolk, he told me they came from a guy who died of a fever on the trip over, and they’d just been sitting around since.  Captain also gave me a few francs to tide me over, which was more generous than I expected him to be.”

“Point is, I had nothing, and no prospects.  I wasn’t even in France legal; officially, I’d jumped ship.  So, I spent a few nights sleeping in the sand under a dock – trust me, I’d slept plenty worse places during the fighting.  Then I found an abandoned shack I could sleep in.  But I was out of money, my belly button was rubbin’ up against my backbone.  And then I heard tell of the Legion.  That’s where I first met her.”

“Her, eh?” Philip MacGraw grinned.  “Now it gets interesting.”

“Aubagne?”  Caleb asked the policeman, who by a stroke of luck, spoke some English.  “How far is that?”

“And I have to go there to apply to join this, what did you call it?”

“The Légion étrangère.  You would say, the Foreign Legion.”

The policeman had stopped Caleb as he was mooching along a Marseille sidewalk in the early morning, hoping to stumble across some breakfast, trying to decide what to do next.  Fortunately, the flic seemed a kind-hearted sort; he was giving Caleb some advice, rather than just running him in for vagrancy, and had not (yet) asked for Caleb’s non-existent passport.

“And were you in this here Foreign Legion?”

“Non.”  The flic shook his head.  “Me, I was regular French Army.  The Legion, it is foreign, you know?  For the not-French.  You go there, if they take you, you will be fed, housed, clothed, can learn French, even earn the…  La citoyenneté.  That’s good, oui?”

“I reckon.”  Caleb looked around.  “Which way to Aubagne?”

“East,” the policeman gestured.  “In that direction.  Thirty kilometers, maybe.”

His good deed for the day – or perhaps the month – done, the policeman nodded, and sauntered off down the street.

“Well,” Caleb said to no one.  The conversation with the policeman was the longest exchange he had carried out with another human since leaving the ship in Marseille harbor; not being able to speak the language had badly hampered Caleb’s normally gregarious tendencies.

The abandoned shack where he had hidden his few possessions was only a block away, so it took only moments to go there, pick up the old knapsack where his clothes and other effects resided, and start walking.

Fortunately, the last few years had put Caleb in good shape for walking.  At least no damn heavy musket to tote along now, he thought, smiling to himself.  ‘Course I can’t hardly talk to anyone, either.  He looked down at his sleeve of his gray shirt – the last remnant of his time with the Army of Northern Virginia – his baggy canvas trousers, his cheap canvas shoes that were at least a size too big.  Well, I been on many a forced march in worse than this.

He set out in the direction the flic had pointed.  When he came to a fork in the road at the edge of town, he waited until an old man leading a donkey laden with firewood happened along.  “Aubagne?” Caleb asked, eyebrows raised in query.

“Merci,” Caleb nodded and set off down the road.

The day grew warm as Caleb walked steadily on.  The road wound through farmland, past a few places with what Caleb assumed were grapevines, through several small villages.  In one village, an old woman hailed him.

Caleb replied with one of the few phrases he had memorized.  “Je ne parle pas français.  Je suis Américain.”

The old woman shook her head sadly.  “Viens de la guerre,” she said.  Caleb shrugged, not understanding a word.  The old woman held up a finger, then pointed down.  That was clear enough:  Wait here.  Caleb waited as the old woman went into her little cottage and emerged again, bearing a chunk of coarse bread and a small wedge of cheese.

Caleb felt genuinely touched, for the first time in a long time.  He bowed.  “Thank you kindly, ma’am,” he said, then, remembering, “Merci.”  The old woman nodded, then went back inside.  Munching on the bread, Caleb walked on.  When he finished the gifted meal, a stream running along the road supplied water.  As the day grew warm, and the sun shone down, Caleb felt the lack of his old Confederate kepi, lost somewhere in the Atlantic, but all in all he was a comfortable as could be.

He arrived in Aubagne late in the day.  The town didn’t look much different than Marseille – no port, but otherwise, just another town where he had no place to stay and couldn’t talk to anyone or read anything.  But as the evening drew into night, Caleb located a military-looking compound; one doorway had a sign over it bearing the legend Légion étrangère.  Caleb remembered, back in Marseille, the policeman’s advice.  “Looks like this is the place,” he said to himself.

The office was shuttered for the night.  But that was all right; Caleb set down his knapsack, extracted an old, tattered sailor’s jacket, shrugged it on and settled down against the wall next to the door to wait out the night.

Caleb was awakened by a harsh voice, shouting at him in French.  He opened his eyes and looked up, to see a tall, lean man in what was presumably a French Army uniform leaning over him.

“English?” Caleb asked as he climbed to his feet.

“Yes,” the soldier snapped back  “I speak some English.  What is it you are doing, sleeping in front of our doorway?”

“Policeman in Marseille sent me this way.  I wanted to talk to someone about joining up.  I’ve been soldiering all over Virginia, Maryland and Pennsylvania the last four years.  Figure on keeping on doing what I know.”

“Ah,” the soldier said.  He looked Caleb over with a critical eye, evaluating his lean, hardened frame, the look in his eyes, the way he carried himself.  “So, you come from the American guerre civile, then?  And which side?  The losing one, I presume, else why would you be here?”

“That’s right,” Caleb said bitterly.  “The losing side.  Not so much that we lost, mind, as much as we were just outnumbered.”

“God always favors the side with the most battalions,” the Frenchman observed, sounding oddly like he was quoting someone.  Caleb shrugged.

The Frenchman went on.  “Well.  Come inside.  We will talk.  I will have coffee and croissant brought in if you like.  You will tell me about your war, I will tell you about the Legion, it may be that we can allow you to join.”  He unlocked the door, then looked over his shoulder at Caleb.

“I do not suppose you would have… eh, le passeport?”

Caleb was able to figure that out.  “No,” he said, a sheepish smile on his face.  “It, uh, got lost.  Somewhere along the way.”

“Assurément,” the soldier said.  “Well.  Come in.  You may call me Adjudant sous-officier LeClaire.  And you are?”

“Caleb Pettigrew, Corporal, Army of Northern Virginia, as was.”

“Bon.  Come in, then, Caporal Pettigrew.”

Not a word was spoke between us, there was no risk involved
Everything up to that point had been left unresolved
Try imagining a place where it’s always safe and warm
“Come in”, She said, “I’ll give you shelter from the storm”