RV Life Part I: How I Chose the RV Life (Or, How it Chose Me)

Here I am, sitting in front of my laptop on Vivian the Class C RV in a park in western North Carolina. How did I come to be here?

Not All About the ‘Vid 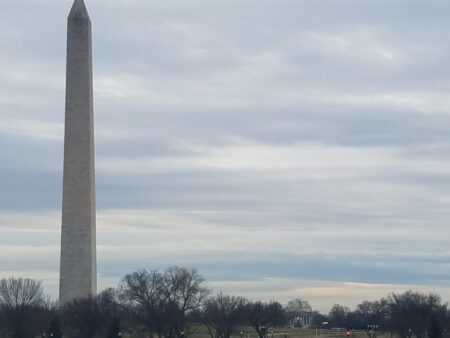 I moved to Washington, DC in August of 1990. That’s 32 years ago to you & me. I came to DC to go to college, because, at the time, I thought International Relations was the coolest thing since sliced bread. After receiving my degree, I dutifully started working in the IR sector, for a not-for-profit trade association specializing in U.S.-Turkish relations. To say I hated it was an understatement. I moved on to work for another not-for-profit organization specializing in international education (a euphemism for a government contractor specializing in administering USG educational programs). Did I hate that job? You bet your ass I did.

If you want to work for the Top Dogs in International Relations in DC you needed 2 things: networking skills and an advanced degree. What dawned on me, as I struggled to find my footing, was that I disliked people. Additionally, after taking the GRE exam, I realized another 2-4 years of schooling was not for me, either.

This is when I started to hate DC. I began dreaming of my escape. I was done with crowds and noise and city living. I tried to “sell” full-time telework to every subsequent employer, with little success. I also pursued work outside DC in places like Vermont, New Hampshire, Colorado, and Alaska. But jobs in my line of work were few and far between, and salaries were untenable ($30k/year to manage the entire online presence for Copper Mountain Ski Resort? Yeah, no.)

Which brings us to…

In March of 2020, when I left my cubicle study carrel, I had no idea it would be one of the last times I would see the office in person. I was expecting a few weeks of home work, then back to the routine of commuting 3x/week. Having worked in government for so long, I should have known better.

Fast forward to April 2021. I had been spending way too much time in my shithole condo, which was now under contract to be sold to a developer. I would be homeless as of May 2022*. The pandora’s box had been opened, and after a full year of keeping things running while not being in an office, I called a meeting with my bosses and pretty much told them I would not be coming back. They agreed with whatever would keep me on board.

Now, where the fuck am I supposed to live? 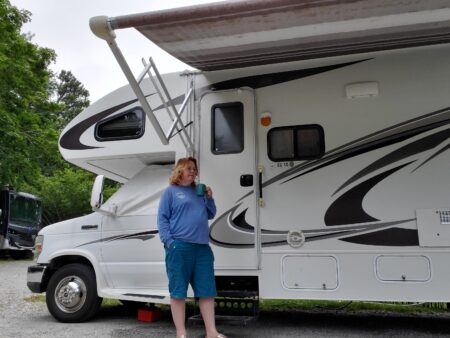 As I began to consider my options, many ideas came to mind. Pre-‘Vid, when the condo sale became a reality, I had considered moving to Crystal City in Arlington, VA. There was an older apartment building with reasonable rents that had insanely excellent views of Runway 19 at DCA airport. Then along came Amazon and their Zod-forsaken “HQ East”, slated for – you guessed it – Crystal City. Scratch that idea.

Post-‘Vid, I started thinking more broadly. I knew by the fall of 2020 that going back to the office was not going to happen anytime soon, and that I could probably parlay the situation into full-time remote work and keep my current job.

The problem was, there was nowhere I really wanted to live (aside from some unaffordable and slightly pinko ski towns like Jackson, WY or Frisco, CO).

So why not live everywhere and nowhere? What about an RV? 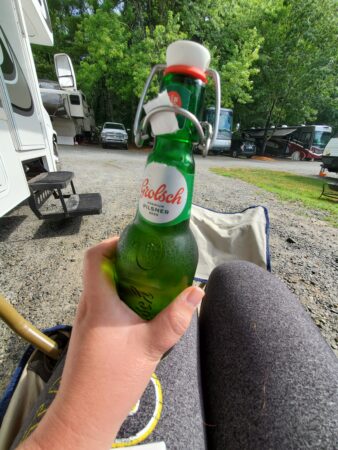 The RV idea was serious business from the jump. I started researching what was suitable and feasible. Would it be a 5th wheel? TT (travel trailer for the uninitiated)? Class A? Class B? Class C?

Anything I would need to tow was out of the question, as it would involve getting a large pickup with good towing capacity. We all know how easy & cheap trucks are these days, right?

My tiny Nissan Versa would lend itself well to being a tow-behind “dinghy”, so I settled on a Class C or a small Class A as being the most desirable for my needs.

One problem: half the disgruntled city dwellers in the U.S. had the same idea. RVs were getting expensive and hard to find in the summer of 2021. I was looking at nearly $100k for a gently-used, low-mileage Class C. Discouraged, I started planning to move into my dad’s basement until something more permanent came along.

Then, on my cruise to the Caribbean in late March, my dad and I spoke, and the RV idea came roaring back. I believe this was due to the fact that his wife is a pill and wasn’t too keen on my staying in her house for several months. Fine by me.

I started looking at RV Trader again. Within a day or so, I saw one. It was a 31′ Class C, private seller. The size was right, the mileage was right, the interior was right. My dad drove to Charlotte to have a look, and by the end of the day I owned Vivian the Class C RV.

*delayed until December 2022. Just hope it doesn’t fall through.