The God That Failed 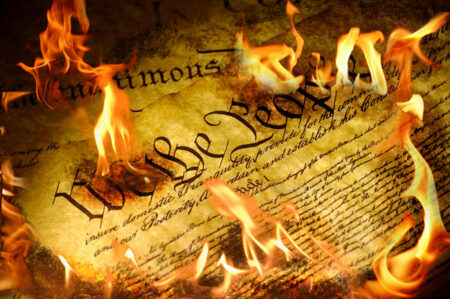 The Constitution is dead.  It is the God that failed.

What made American Constitutional government unique was that it turned the idea of ruler and ruled on its head.  Sure, the English had their traditional rights that Parliament and the King had to tread lightly around, but America said, in effect, that there were no rulers, only public servants whose remit was limited and who were answerable, all of them, to the public.  Crucially, the primary government wasn’t the national government, it was the state governments, which retained most of the governing authority under the Constitution.  Naturally, this is grossly oversimplified, as I have a whole paragraph to set the premise here, so quibble away.

This all depended on a social consensus (at least among those who mattered) that people should be able to run their own lives as they saw fit, and enjoy or suffer the consequences, within very broad boundaries which could be set by the national government, and narrower boundaries that could be set by the state governments.  There was little, or at least insufficient, support for a government with plenary authority at any level, much less at the national level.

One odd consequence of this limited government, which was founded on a deep suspicion of government, is that Americans have granted a reflexive legitimacy to their government and its founding charter, the Constitution.  This has since evolved into a brainless demand for “democracy”, as if democracy alone can grant legitimacy to a government.  Formerly, legitimacy flowed from adherence to the Constitution.  Now, it flows from a perceived or asserted popular mood.  But the skepticism toward government engrained in many other countries is far less present in America.

The Constitution is no longer really a source of legitimacy for the government, and so it should be no surprise that it is mostly, if not entirely, decorative these days.    It is alternately ignored and re-written sub rosa.  And whatever legitimacy that its husk still provides for our national government makes it a false idol.

Don’t be fooled by the current support for a couple of the enumerated rights in the Bill of Rights. Aside from freedom of expression and the right to keep and bear arms, it is difficult to locate even a single enumerated right that the government respects based on its founding charter.  What support remains for enumerated Constitutional rights is little different, really, than the English adherence to traditional rights via an “unwritten” constitution.  The recent gun control decision in Bruen explicitly uses the traditional view of Americans’ right to be armed as the new standard for evaluating gun control laws.    Even the abortion decision in Dobbs relies not only on the text of the Constitution, but on the traditional regulation of abortion to conclude there is no free-standing right to an abortion.  Defense of Constitutional rights is reverting to something very similar to the English model, which should give anyone who values rights pause.

But the failure of the Constitution runs much deeper than that.  The Commerce Clause is now a grant of nearly plenary authority to the federal government, thanks to Wickard.  If anything that affects, directly or indirectly, interstate commerce is the remit of the national government, then damn near everything is subject to control by the national government.  Virtually the entire bloated administrative state hangs off the Commerce Clause.  Limited enumerated powers are resting comfortably in the dustbin of history.

The division of government power into three distinct branches is also collapsing.  The administrative state combines the executive power to administer laws, the legislative power to write laws, and the judicial power to resolve legal disputes, all under one roof.  While it is true that the Court recently trimmed back that judicial power, a little, I think this can safely be regarded, along with their attempts to restrict Commerce Clause power at the margins, as being of little consequence.  The consolidation of power into the executive branch, answerable (if at all) only to the President is well advanced.

Taken as a whole, nearly the entire national government cannot be reconciled with the Constitution, whether you take an originalist or a textualist approach.  A “living” Constitution approach is an admission that the Constitution imposes no limits on the government.  The Constitution has been tortured (and you can only torture the living) into telling us what we want to hear – that the “general welfare” clause authorizes wealth transfers, that the Commerce Clause authorizes national control of the economy, etc.  At the very best, the Court has awoken to this far too late, and as a consequence can do far too little.  The Court, acting alone, cannot return us to Constitutional government.  Nor do I think, at this point, would it be a good idea for it to seriously try.

The defenestration of the Constitutional scheme of limited, divided government is not solely the result of misc. Beltway cabals doing what any organization does – attempt to expand its size and power.  It has been a generations-long process, repeatedly demanded or ratified by the American public.  Officials devoted to a plenary national government have been elected, re-elected, appointed, and given free reign.  People who believed that the national government should not guarantee incomes, should not micro-manage our lives, should not attempt to police and control foreign nations, have been non-starters in elections (and, as a consequence, appointments) for decades.  This doesn’t happen unless this is what the American public wants, and has wanted for a long time.  Opportunities to slow or reverse these trends arrive every few years, and have been disregarded over and over again.  Any restraint on the inherent bureaucratic drive to expand has been cast aside at the societal level, and only then, as a result, at the government and legal level.

There is simply no appetite at any level for returning to a limited, divided government.  Whatever social and cultural roots America had that made it exceptional, a place where people were free to pursue their lives subject to only the most limited interference by the national government, have withered.  Incremental reform, driven by electoral politics, is simply not possible.  Even if some major progress toward a return to a Constitutional national government could be made, we would simply be returning to a status quo from which the current all-powerful national government arose, and there is no reason to believe it would not arise again.  The Constitution has failed of its stated purpose, and will again.  The expenditure of energy on such a project is wasteful and counterproductive.

The way forward, to a revived American experiment, starts at the bottom – the creation of a new social/cultural resistance to an overweening national government.  This, in turn, requires the creation of a persuasive new political ideology (not libertarianism, which has, like the Constitution, failed).  For that, you will need to wait for the next verbose installment. 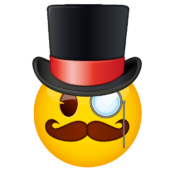