That new GoT show sucks, but then again I didn’t care much for the actual GoT show.  Anyways…

Vladimir Putin makes Latin America an offer they cannot refuse.  Seriously, whatever he has lying around is probably an upgrade from what the Juntas are currently fielding: 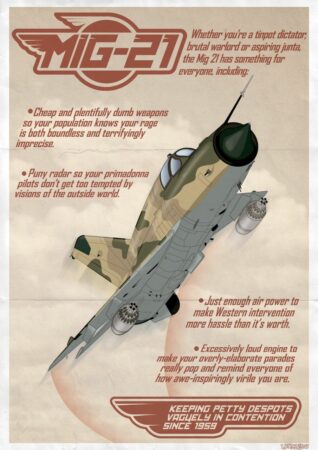 When only the best will do

First off, its better CNN run this a few weeks after everyone else rather than never.  Now these tech companies are creating otras problemas.

In other news, Mexico’s journo kill count is now 15.

I like how NPR frames this as “their propaganda is working.” Apparently there is a tax on undeclared savings in Argentina for which their government can cut… as an incentive.  Idiots.  In other news Argentine workers held a funeral for workers wages even if the Argentine Peso died half a century ago.

This story confirms my biases for the following:  Socialists, Venezuelans, Florida Congressmen, and members of the local yacht club.

Brazil eliminates a tariff on whey protein, and common body building substances.  Bolsonaro in light of the news put up this photo on Twatter.

Its been a while since I listened to Disturbed.  In case that’s also true for you…here you go.