A Glibertarians Exclusive: Shadow, Part I

A Glibertarians Exclusive:  Shadow, Part I

A warm place, a human place 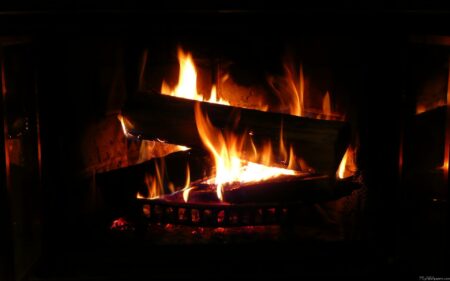 Looking out through the invisible wall had gotten boring.  It was wet on the other side; she could not smell that through the barrier, but she could see it easily enough.  She could hear it, too, the drops of water falling from the sky, splatting on the stones, pattering on the dead leaves.  She was much more comfortable on this side, and yet the other side beckoned to her somehow.

Instead, she went to the large pillow her pets kept for her, drawn cozily up to the fire.  The Man usually kept the fire going.  She didn’t like the Man very much.  While it kept the space warm by managing the tame fire, its voice was jarring, deep and rumbling, and it did not pay her proper courtesy.  The Woman was kinder, petted her, and most of all, fed her.  It was enough that she was able to overlook the annoying barking sounds the Woman made, and the deeper droning sounds the Man made to it in reply.

Both of them had sounds they used to address her.  The Woman made the sounds gently, at least as gently as it could, and when the noises were soft and gentle, if it pleased her, she would respond to the Woman, to come and be petted and have her ears scratched.  When the Man made the sounds, it was generally upset, usually at some small matter such as where she chose to sharpen her claws.  It was an ignorant beast and did not understand the necessity of keeping her catching claws sharp in case some prey presented itself.

In her own head, she had not a sound, but a thought, that she used when thinking of herself.  It was an image, a concept, that took in her dark, dark fur, her noiseless walk, her bright eyes, and how she could drift silently through the darkness unseen, unheard, alone.

If there was a human word that could begin to capture that concept, it would be Shadow.

There was another animal in the place.  Shadow definitely did not like the other animal.  Like her, unlike the humans, it walked on all four legs.  Like the humans, unlike her, it was noisy and rude.  And most unlike her, it was dirty.  It went outside through a swinging piece of the wall, and when it came in it frequently had been rolling in the dirt.  Even when reasonably clean, such as just after the Man would take it into a small room near where Shadow ate and pour water and some white foam on it, it still had a sharp, rank odor.  What’s more, it looked at her sometimes as though she were the prey animal.

Shadow did not trust Dog, and never would.  But then, she didn’t trust the Man, either, and trusted the Woman only slightly, only to supply her with food and petting.

Shadow only really trusted herself.

This was not without reason.  The Man, the Woman, and Dog were clearly her inferiors.  They were not beautiful, like Shadow.  They had not her glossy black fur, her shining golden eyes, or her silent, padded feet.  They were noisy, where she had the sense to be quiet.  They were awkward, where she was graceful.  Shadow walked quietly and could vanish at will into any slightly darkened corner.

Clearly, she was the superior being.

She laid down on the pillow.  The fire was warm.  Dog came and laid in front of the fire as well.  Shadow wrinkled her nose at the bad smell, but for the moment Dog was content to leave her alone, so she concentrated on her grooming.  When she had cleaned herself and groomed her fur into glossy loveliness, she gave Dog a fearsome glare – the beast was oblivious – and went to sleep.

The Man and the Woman sat on the big, long pillow that faced the fireplace.  Their pillow was high off the floor, with an upright portion at the back to support their long, awkward upright bodies.  They made noises at each other for a while.  Shadow ignored their noisy rudeness and tried to go back to sleep.

In time, as they always did, the Man and the Woman went off into the other room where they slept.  Dog, as it always did, went with them, to sleep at the foot of the huge, raised pillow where the Man and Woman slept.  Soon after, Shadow heard their breathing slow and deepen as they slept.  The Man made loud snarling noises in his sleep, which Shadow always found annoying.

Shadow lifted her head.  Her golden eyes opened wide.  It was her time.

Most times, when night fell and they went off to sleep, the Man would draw some kind of stick across the swinging piece of wall Dog used to go outside.  When it did this, the piece of wall was blocked shut.  But some nights it forgot, as it had done tonight.

Shadow left her pillow.  She jumped back up to look again out of the invisible wall.  The rain had stopped.  It still looked damp outside.  Shadow lifted her front paws, reflexively, and shook them, even though the sill she sat on was dry.

I will put up with the wet, she mused, as long as water is not falling from the sky.  Others will be outside.

Shadow hopped down to the floor and went to the place where the wall opened.  It was heavy.  The Dog pushed it open easily.  For Shadow it was an effort, but then, she did not need to push it open very far.  She pushed, felt it give way, and slipped outside.

The ground was damp, but not unbearably so.  Shadow perked up her ears.  She could hear the big beasts that ran on the stone path nearby, but at night there weren’t as many of them.  But that wasn’t what she was listening for.

There, she realized.  She jumped up on the wooden divider behind the human place, then dropped down into the grass on the other side.  Another of her kind, one she knew well.

And there you are, the other one replied.  It was another female like herself, about her size, with fur of dark yellow, orange, and white.  Shadow thought of her in terms of her color, and if there was a human word that could begin to capture that concept, it would be Ginger.

Wet, Ginger indicated with her paws and a flick of one ear.  Under the trees is better.  Others will be there.

We should go there, then, Shadow agreed.

Shadow only really trusted herself.

The two moved together, silently, staying in the shadows.  Not far away was a woodlot, where the great trees grew together to block out the sky.  They went there, into the woods, to a small area where the grass was short.  Others were there.   One was a small, slim female, tan with black face, paws, and tail.  Shadow always thought of her in terms of her eyes, which were like no other’s eyes Shadow had ever seen, and if there was a human word that could begin to capture that concept, it would be Blue.

Two others were there – males.  Shadow thought of them as she thought of all males, and if there was a human word that could begin to capture that concept, it would be simply Tom.  Shadow was not in season at the moment, nor were Ginger or Blue, so the Toms were relaxed and peaceful.

Shadow did not trust Blue, nor did she trust the Toms.  Shadow only really trusted herself.

Shadow sat at the edge of the open space.  Above, the great pale light in the sky came out from behind the clouds.  A shadow looked up at it, Ginger came and sat beside her.

Blue approached.  Can you see how beautiful my points of seal are tonight?  I had just finished by grooming before I came here.

You are beautiful, Ginger indicated, but not so beautiful as my stripes of white and my bands of orange.

You are both beautiful, Shadow agreed.  But I am black like the night, and therefore the most beautiful of all.

Before things could turn unpleasant, one of the Toms jumped up on the stump of a tree.  I have things to say, he indicated with the wave of a paw and inclining his head just so.  Things that will affect all, the community of Cat.

Shadow did not like the Tom presuming what she might think.  She did not care for such a plain beast with dull gray fur telling her anything of beauty, when she was clearly the most beautiful of all.  Shadow did not really trust the Tom to say any of these things.

Shadow really only trusted herself.

But, to be polite, in the manner of Cat, she perked up her ears, and composed herself to listen.