The Autonomist’s Guide to the Automobile by Seguin 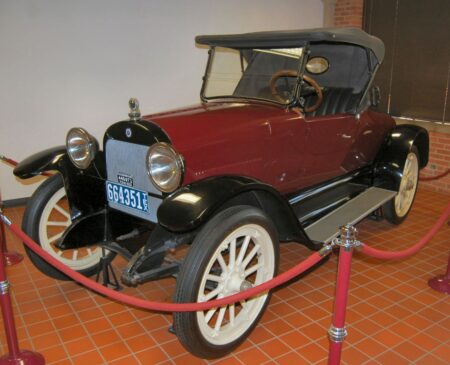 Recently I shot my mouth off in the comments about designing what would essentially be an open-source car.

What did I mean by this?

For those who aren’t aware (and most of you will be), open source is a term for designs that are released, in their entirety, for anyone to produce or modify with no or minimal restrictions depending on the type of license. This is widespread among software, and increasingly so for electronic hardware.

But… a car? Seems like it’d be impractical and almost impossible to do economically – until you realize its been done before, and certain legal loopholes have left that window cracked. I want to share my thoughts with you, both as audience and critics. Let’s first back at the history of the industry.

There’s an era in the automotive industry that isn’t talked about much, even by enthusiasts. The beginnings of the industry, from the first car, the Patent-Motorwagen by Karl Benz (which, incidentally, would fit into a modern loophole which we’ll talk about later) up to Henry Ford’s assembly line are pretty well covered. There’s a time after that but before the Great Depression that I think represents a blueprint for a brighter, more autonomous future. It’s a time I like to call the Assembled Era, spanning roughly from 1910-1925. 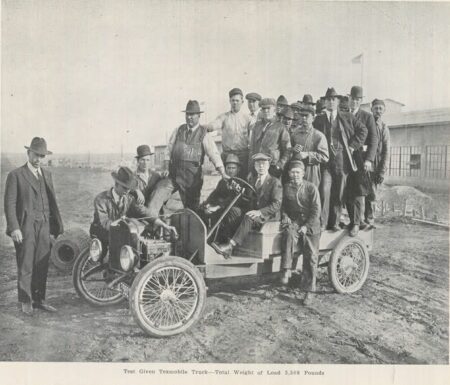 It was something of a tech boom. According to G.N. Georgano, 1,640 automobile companies were started in the United States and Canada alone, and the vast majority in this span of 15 years. These weren’t just garage-built one-offs either. Part of Georgano’s criteria for inclusion in his Encyclopedia of American Automobiles is that at least one car was made and they were intended for mass production. Compared to the ever-dwindling number of auto companies today, the industry had almost mind boggling choices for the consumer. So, what characterized this time period, and, more importantly, how did it happen, and why do I think that we’re poised to see another like it?*

The human capital was there; the skills required for non-powertrain components were widespread. Bodies were built of mostly flat or curved steel built around wooden frames. The sheet metal industry had cropped up thanks to ceiling tiles a few decades before. The skills for upholstery and woodworking were also relatively common, with wagonwright, carpentry, saddlery, and furniture-making being well-established throughout the country.

But what about the really difficult parts? Engines, differentials, transmissions, springs, and others? This is where the relative maturity of the industry by 1910 as opposed to, say, 1896 (the year the Duryea brothers produced the first American car) comes into play.

What really set this explosive growth off was the establishment of companies that built these components for anyone to purchase. Unhampered by regulatory bodies like CARB or the EPA, many foundries tried their hand at the heavy items, concentrated around the Great Lakes. You might recognize the name Continental (or Lycoming). This maker of aircraft engines was one of the longest lived independent automobile engine manufacturers to exist. Other names, now associated with big automakers, were originally independent component manufacturers. Even mighty Duesenberg, the crown jewel of the U.S. auto industry, sold its engines to other manufacturers. 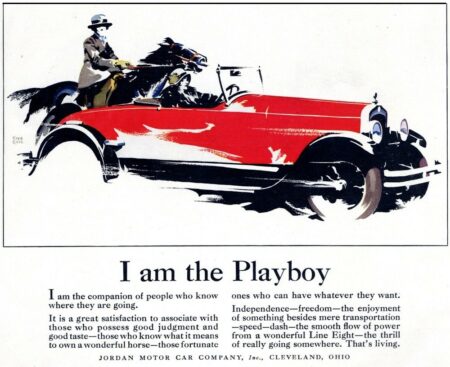 For a period, it was possible to start a car company by simply assembling parts sourced from a dozen suppliers. One of the most famous was the Jordan Automobile Company, famous for its pioneering ad campaign (“Somewhere West of Laramie”). According to the company’s founder, Ned Jordan, “We never were automobile manufacturers. We were pioneers of a new technique in assembly production, custom style sales and advertising. We had one air compressor to power the assembly line, bought only the finest component parts from the most experienced quality parts makers, designed a chassis for those parts that possessed the most ideal weight distribution yet attained. Then we ‘dolled them up’ just as every good car is dressed today.”

Even with the higher parts prices from subcontracting, it was a winning formula. In 1916, a full quarter of new U.S. automobiles were assembled cars. Jordan, for their part, lasted until 1931.

Does any of this ring a bell? If you lived through the 80’s and 90’s and were into computers, it might. It is strongly reminiscent of the story of the IBM PC and its cloning**. Heck, it even had its own ill-advised legal battles†. Like Karl Benz’s Patent-Motorwagen, the IBM PC nailed down just what a computer was supposed to look like, and entrepreneurs started to circle. Like Olds and Ford, once Compaq proved the formula could be copied and made cheaply and effectively, the industry and all of its associated industries took off.

All good things did eventually have to come to an end. Since this is a libertarian website, you might expect government to come in at this point and screw things up. As far as I can tell this wasn’t the case. What appears to have happened, to draw this era to a close, included the following:

Technology improved quickly and the smaller players had a hard time keeping up. Mass production techniques increased the productivity of individual workers to the point that those who couldn’t afford to invest in the newest machinery simply couldn’t eke out a profit with the old methods.

Too many fly-by-nights. People naturally wanted their vehicles to be supported for at least a little while. Too many companies flared up and died leaving their owners adrift, leading many people to focus on bigger players that were a little more stable, in case something needed to be replaced or repaired

And, lastly, the recession of 1921 and of course, the Great Depression. Oh hell, I was wrong. Government did do something crappy. 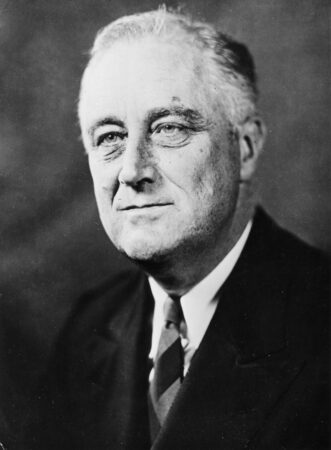 Is there anything this guy couldn’t ruin?

The thirties saw the last holdouts fail. Most of these weren’t assembled cars at any rate – many of the component suppliers had been snapped up and made in-house, although Continental pulled a flipmode, took over DeVaux and started building cars under its own name until 1934. By the end of World War II, only eleven automobile companies were left by my count††.

So, both government and the capital investment required to build the newer better cars of the thirties and forties killed of the Assembled Era finally by 1928 or so. After the war, a new technology and a new fad would come about that would lead to another, much smaller surge of independent builders.

Next time I’ll tell you all about spaghetti & fiberglass.

* For a limited time only…if the Feds get involved.

** Compaq opened the floodgates with its Deskpro.

†† I counted Ford, GM, Chrysler, Nash, Hudson, Kaiser, Studebaker, Willys, Packard, International, and Crosley. Although I’m not sure Kaiser counts, they technically started after the war. 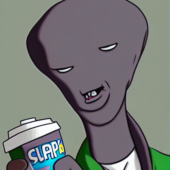 Yeah, good time probin' ya, good times. Listen babe, I got this thing I gotta deal with on Vergon 6 and that's about, about ten-twenty light years away. Gotta deal with it. Yeah, so I'll catch ya later, it's been real.