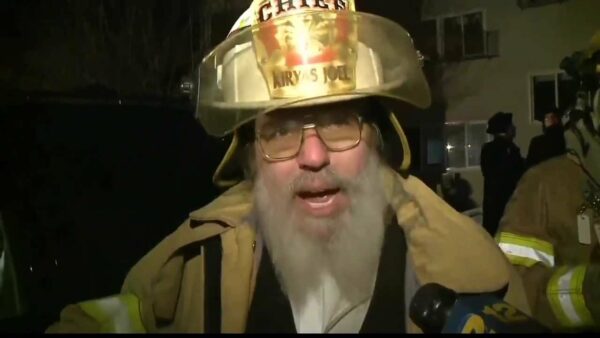 We had some excitement this week- a lab fire. Something started a box burning, and as I walked by the lab, I noticed that there were flames and smoke. Being a sharp fellow, I thought, “Well, that doesn’t seem right.” I saw the box on fire, saw a fire extinguisher on the wall, and put 2 and 2 together. As I finished putting out the fire, a new assistant professor (a theorist with seemingly zero experience in a lab) came by and demanded to know what was happening. “I’m a bit busy putting out a fire.” He gasped, ran down the hall, pulled the fire alarm, and ran out of the building to the Designated Fire Evacuation Area. Sirens, flashing lights. Eventually, the cops, campus safety, and two fire departments arrived. To a cardboard box fire that had been extinguished fifteen minutes earlier with no damage.

So the panicking idiot turned a minor incident into a major campus event. Which allowed him to scream at the graduate students (who had nothing to do with this and were off at a seminar when this happened) in order to assert his dominance.

I was thanked profusely for my quick thinking and prompt effective action. Apparently in academia, it is a major achievement to realize that a fire extinguisher can be used to put out a fire and that it works by squeezing a handle. So I’m a hero, and the grad students hate the assistant prof even more than they already did.

Good times. And now good birthdays, and there’s a fuck ton of them today,, including a local chick who couldn’t make decent sandwiches; a guy apparently feared by the mullahs of Iran; a specialist in nucleophilic substitution and Romantic symphonies; a guy whose advertisement for toilet paper got a bit out of hand; the guy who gave the incredibly corrupt Soongs their start; a guy whose name should have been Woof Blugel Gick; Nixon’s “gift” to us, who just got bitch-slapped into oblivion; the fabulous Darlene Edwards; a damn dirty ape; someone who had what Natalie Wood could have used; a total party animal; a guy who was inconceivable; an empty-headed guy in a profession known for empty-headed guys; a hot Jewess banned from the Twatters; one of many baseball cheaters, but cheating on several levels; and WebDom’s spirit animal.

Let’s set the Links on fire.

“Team Blue has been politicizing science for the past several years. Now it’s our turn.”

One step closer to my election predictions being 100% correct.

I’m sure this is totes legit.

Old Guy Music is my favorite Fleetwood Mac song ever, and with Pete Fucking Townsend rocking the guitar and vocals.