The Hat and The Hair: Episode 63 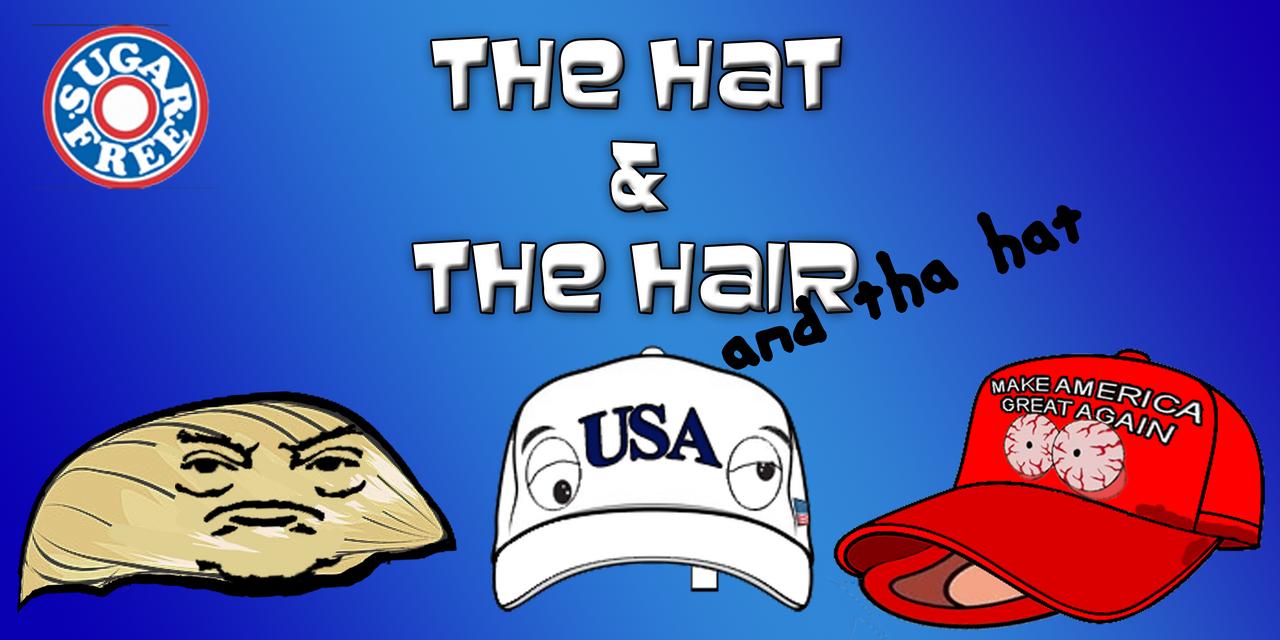 “Franken fingered my bill once,” the hat says, almost dreamily, in the darkness of the Mar-a-Lago wig vault. They were due back in D.C. soon and the sticky, swamp city always made him think about molestation.

“How was it?” the hair asks, half asleep. USA hat had brought a plate of Thanksgiving leftovers back with him from Sunday brunch and they had all fallen on it like ravenous wolves, even FLOTUS, who was always watching her weight. “No one loves a fat hat,” as she often says.

“He has stubby little fingers and smells like quinoa farts,” the hat says. “Ran his fingers all the way around the rim of my bill when I was sticking up out of Donald’s suit pockets. It’s was pretty horrible. I know how those poor women he groped feel.”

“Al Franken gave you a rimjob?” the hair asks, an edge of mean humor creeping into his reedy voice. USA hat guffaws and FLOTUS hat titters.

“You know what I mean,” the hat replies wearily. “Besides, remember how upset you were when Fallon grabbed at you?”

“Hey,” the hat barks, “that’s not funny. That little shit had his hand all up in me. Five fingers jammed right in. And he pulled. Hard. I barely held on.”

“Yeah, you really took one for the team,” MAGA hat sighs.

There is a burst of angry syllables from the dark recesses of the vault.

“Shut the fuck up back there!” MAGA yells back at JAPAN hat. “Pearl Harbor, you buck-toothed fuck!”

Another long string of Japanese is hurled at them.

“I’m going to have Donald pack that Nanking-raping jizzhat up until when can ship him to the Presidential Library,” MAGA hat mutters. USA hat slips into a fit of retard giggles at this.

“Now, boys…” FLOTUS hat coos and then trails off. MAGA thinks about strangling her with her own adjustable strap and fucking her unraveling corpse. The vault could always use another litterbox, as well. MAGA hat counts to ten and the red haze gripping his mind relaxes.

“Where’s Donald’s phone?” he demands. “I need to tweet something.”

“Donald kept it for the night,” the hair told him. “Thirteen days until the Alabama special election; he wanted to send out some support to the kiddie-toucher.”

“Don’t joke about that,” the MAGA hat snaps. “Not even in here!”

“But the accusers…” the hair began.

“Fake news. Never happened. People got married at that age all the time in the Bible. Look at the timing. Franken. Conyers. Abortion. 2nd Amendment,” the MAGA hat fires off in quick succession.

“He signed that one girl’s yearbook…” the hair replies.

“Is he OK?” FLOTUS hat asks, backing away.

“He’s havin’ some sort of fit,” USA hat says. “My grandpappy Stovepipe used to get those after he got shot!”

“Somebody call 911!” FLOTUS says through sobs.

“Somebody call a haberdasher!” the POTUS windbreaker says, muffled, from the spot on the floor where he lays wadded and forgotten, a discarded turkey bone leaking grease into his nylon.

The hair leaps on coiled tendrils and lands on MAGA hat, spreading to cover him like a blond web, and then anchors himself to the floor.

“That crimson bitch is all fucked up, yo,” JAPAN hat mutters, but no one hears him.