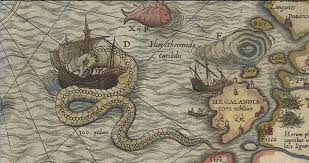 Q: How much rude and boorish behavior should a host tolerate from a guest before saying something?

We invited some family members over for dinner whom we had not socialized with in some time. They first asked if they could come at 5 p.m., their normal dinnertime; ours is more like 6:30. I offered what I considered a reasonable compromise of 5:30. They arrived at 5:15.

They offered to bring appetizers, which turned out to be a store-bought container of cheese dip (and no crackers).

Dinner was served buffet style, and we allowed the guests to go first. Under similar circumstances, my wife and I would have waited until everyone was seated before starting our meal, but they had no such standards. It also made it too awkward to practice our normal custom of saying grace before the meal.

We did enjoy each others’ company over the evening. The male family member is very outgoing and gregarious. He dominated every conversation to the point of excluding the rest of us. If we were talking, he would simply interrupt or talk loudly over us.

This behavior worsened as the evening — and alcohol consumption — continued. After being interrupted several times, I politely asked that he allow me to finish my conversation. A second time, I simply turned to him and asked that he “Stop. Talking.” Neither of these suggestions took hold, so I eventually snapped, raised my voice and said, “Please. Stop. Talking.”

Now I am the pariah of the family, while he is still everyone’s darling boy. What should I have done differently?

A: SEA SMITH THINK YOU SHOULD HAVE SMASH HE HEAD INTO SALAD BOWL FIRST. HE NO LISTEN, GET DRUNK AND LOUD…THEN THROW CHAIR AT HEAD. NOBODY RESIST WWE FUN! DONNYBROOK AT BUFFET! YOU WELCOME FOR GOOD ADVICE.

Q: I have had my unusually intelligent dog, “Regina,” enrolled in a class to learn advanced tricks. Each dog learned one major trick to demonstrate in a showcase at the end.

A different owner taught her dog to close a cupboard upon command, bringing in a detached cupboard and happily demonstrating that her dog would now nose the cupboard closed upon hearing, “Close it.” After the showcase, the cupboard was open as the students chatted with the instructor.

I mentioned that I should teach Regina the cupboard trick. Without really thinking, just mentally practicing, I looked at Regina and said, “Close it.” Regina promptly did so, since she knew what I meant after watching the other dog do it once.

The other owner’s face fell. I could see she was a little dismayed. I could see how it was thunder-stealing for Regina to easily learn something that had taken the other dog several weeks. I didn’t know what to do, though, so I just stood there awkwardly until the conversation moved on.

The real solution here is probably not to utter commands absentmindedly, but since that already happened, is there anything I could have done to defuse the situation after? I can’t very well tell someone that I’m sorry my dog is so smart, but perhaps I could have made a joke along the lines of, “Oh, your dog must have explained it to her,” or simply said I was sorry without specifying why.

This situation probably arises for parents of highly gifted children, too. What, if anything, should I have done? 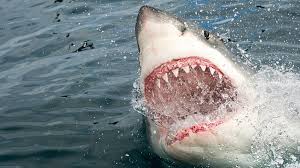 NOW THEY NOT AROUND MAKE YOU EMBARASS!

COME ON IN, WATER IS FINE! 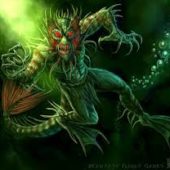 SEA SMITH COUSIN OF STEVE SMITH. COME ON IN, WATER IS FINE!