Technically, your both Nazis

I am continuing my pledge to not talk about what happened this week and outline a libertarian philosopher.  I am having trouble linking beer to the theme and it surprises me.  For such an over regular industry one would think a couple minarchists would let the freak flag fly on some level.

This is my review of Oskar Blues Dales Pale Ale: 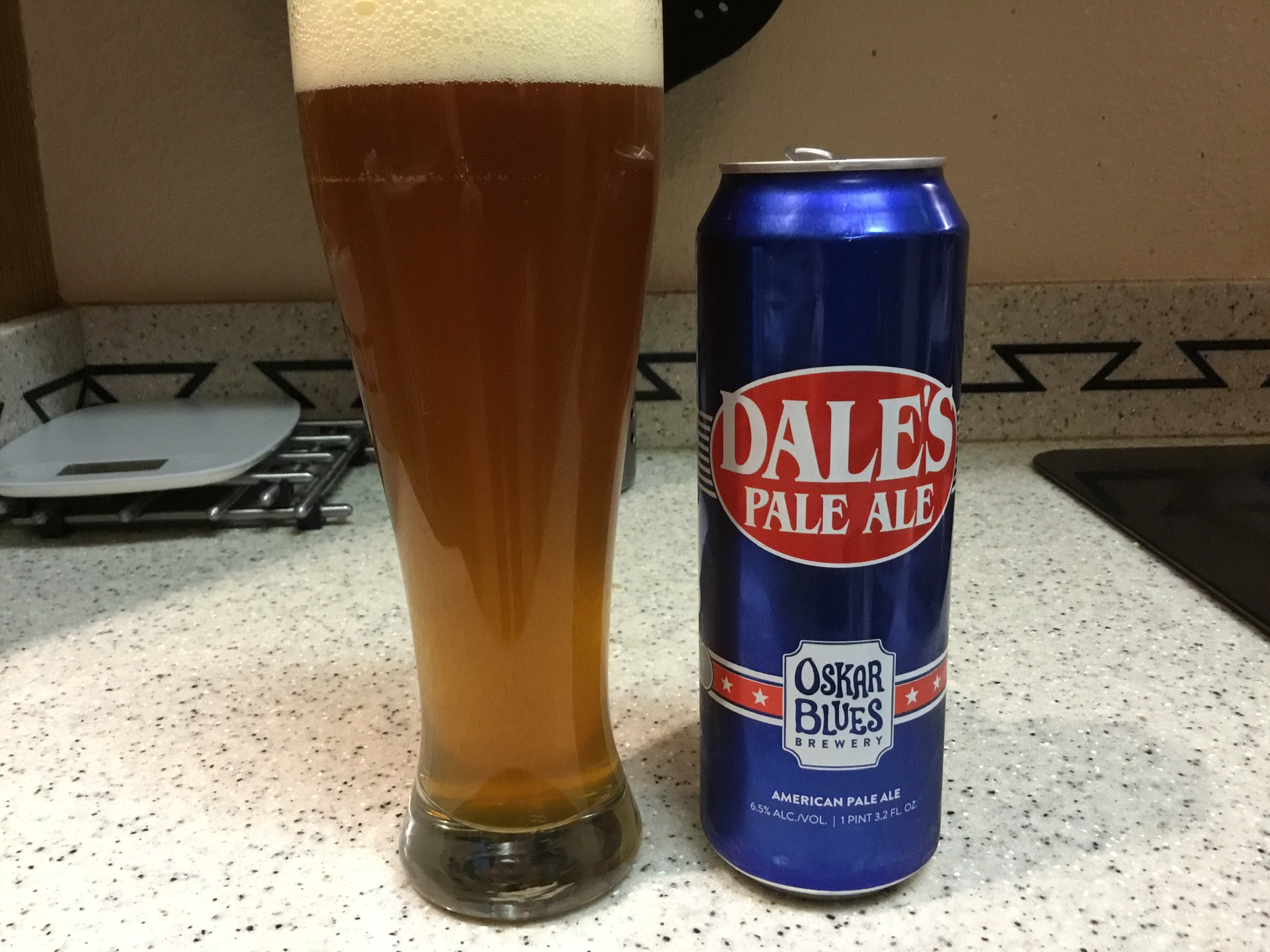 Frederich A. von Hayek is was of the Austrian school and when most mention the Austrian school they often think of him as a standard bearer.  He won a Nobel Prize in 1974 for his theories on prices being the ultimate economic tool.  While he penned multiple works, his book, Road to Serfdom is what he is best known. Like The Law, it is also not on my bookshelf on account of my little brother also borrowing it.

I probably should ask if he wants to keep it…

Hayek stressed the limits to knowledge of elites kept them from knowing everything they needed to know in order to be able to make intelligent decisions on pretty much anything.

It is rather a problem of how to secure the best use of resources known to any of the members of society, for ends whose relative importance only those individuals know. Or, to put it briefly, it is a problem of the utilization of knowledge not given to anyone in its totality. 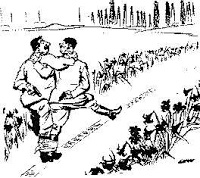 Unfortunately, in his time like our own most academics were pushing collectivism and he found few of his peers had an individualist worldview.  This was the impetus behind The Road to Serfdom, and he spends a lot of time on his observations that many seem to take for granted, or conveniently forget:

Hayek repeats pun the title of a book by the time The roots of National Socialism. Hayek’s thesis is very classic and seen today is to bring the ideas of socialist National Socialist theories. His argument is based on the recovery of the ambiguities of many socialist writers. This he does in this chapter by highlighting the ambiguities of the historian Sombart from Plenge, etc. for Lensch.

Hayek is interested only in the German case, but from an international perspective, the trajectories of Mussolini in Italy, of Laval in France are sufficiently compelling to bring relatives to think about systems.
[…]
the influence of German ideas is disturbing. It pin of the authors, however, he considers in good faith by pointing to the similarities of their analysis with those of the Nazis (but forgotten in France) and “Professor Carr is he aware, for example, stating that we no longer find a lot of sense to the common distinction in the eighteenth century between “society” and “state” it states precisely the doctrine of Professor Carl Schmitt, the Nazi theorist of totalitarianism? “(P.136).

If the end result is state control over everything you own, what difference is there if they present the veneer of private ownership over that which they intend to control?  The difference between socialists and fascists, is the socialists are utopian. So why make the distinction?

What I find truly remarkable about this is Hayek immigrated to England in 1938, and published the book in 1944.  This entire treatise on individualist, free market thinking was written during the London Blitz.  If there was ever a time in history when nobody would hold it against you to desire the state to save your skin, its when the Germans were turning London into a pile of rubble.

Once again, since I assume you skipped ahead, here’s the short version: 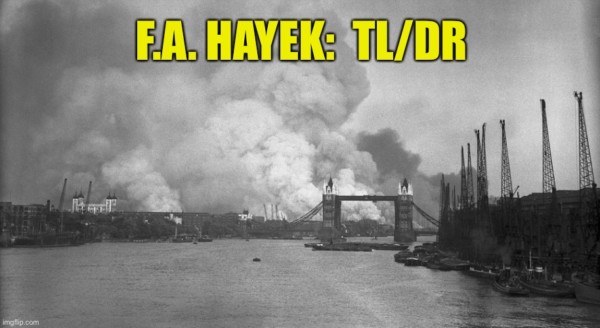 I don’t know who Dale is, or why he made a pale ale.  This one is good example of an American Pale Ale.  This is not an IPA and anybody that intends to make the claim in the comments below that this is a fruity hispter IPA is a bloody communist.  What is the difference?  Balance—this actually has it, while still being flavorful.  Its almost ubiquitous and at $2.99 for a tall can is actually a really good deal. Oskar Blues Dales Pale Ale:  3.5/5