What Are We Reading for February 2021

I took my kids to the used books by the pound store when they declared they were bored on a rainy Saturday afternoon.  They found their stuff quickly and I picked up Democracy in America by Alexis de Tocqueville for $2.99.  The price was right, and it seemed to disturb the guy working there I found an “America, fuck yeah” book in the store with an enormous display of White Fragility in the front of the store along the requested COVID-walkway.  So I’ve been reading that.

Almost sad how none of de Tocqueville’s observations apply anymore.

One of the fun things about SP’s recent birthday party was trying some interesting beers with Nephilium. Honestly, I’m pretty much a beer ignoramus, but I have a vague idea of styles I tend to like and dislike. So I had a motivation to bring my beer knowledge up a few levels. As well, I’ve been a longtime geek about wine-food pairings, and for food where wine is less suitable, I’m interested in what people have discovered about what pairings work best. Neph recommended “The Brewmaster’s Table: The Pleasures of Real Beer with Real Food” by Garrett Oliver to kickstart my learning curve.

And he was right: Oliver gets down to absolute geek level on the processes and how they affect styles. The descriptions of the flavors and aromas reminded me of the all-too-precious language of wine porn, both for good and bad. At least the overly-flowery prose could convey the basics of what to expect, but (literally opening to a random page) sentences like, “The bitterness is sharp, with a metallic edge that coats the palate as sweet malt burst through the center, showing raspberries, strawberries, and rose petals” make me wish for the creative writing to be dialed back a bit. Oliver also seems to be constantly defensive about beer and food versus wine and food, and does more than a bit of dishonest argumentation to make beer a universally superior solvent.

That said, the technical portions are clear and vivid, and despite any temptations, he doesn’t get political, for which he deserves many awards.

Not much to report. I did an advance read for a British mystery author I know. Oh, and I read Lee Goldberg’s second installment in his Eve Ronin series, Bone Canyon. Disappointingly, he telegraphed the bad guy very early on. Or maybe I just read too many mysteries and think about mystery plots too much.

Other than that, textbooks and whole-food plant-based books and cookbooks.

A Scent of New-Mown Hay by John Blackburn (1956)
A plague sweeps across the most desolate parts of the USSR, a mutant fungus that kills only women, turning them into fruiting bodies for the mycelium invading their cells. The small size of the fungal spore lets them travel on the wind and in doomed Great Britain, the wind begins to blow from the east. 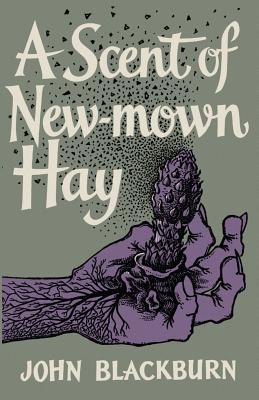 Not a zombie plague novel, but it does feature the infected women as both still alive yet no longer sentient, just ambulatory spore spreaders.

It does draw a neat line from 1907’s “The Voice in the Night” by William Hope Hodgson with its nightmarish fungal transformation on an unknown island (made into 1963’s Matango, aka Attack of the Mushroom People, Fungus of Terror) and the suspiciously similar “Fungus Isle” (1923) by Philip M. Fisher to The Fungus (1985) by Harry Adam Knight and Leroy Kettle.

Now fungal zombies are all over the place, from the direct inheritor novel The Girl With All The Gifts (M. R. Carey, 2014) still destroying England, to movies (Cargo, 2017) and video games (The Last of Us, 2013.)

I’m reading the Tuttle Twins books for a project for here. Just finished The Tuttle Twins Learn about The Law. I’m totally on the fence as to whether it’s exactly the sort of strained narrative one expects from advocacy fiction (mea culpa), or something that kids would actually read and enjoy. Would appreciate feedback in the comments or via email from any parents who have used these books. I bought the entire set but have a feeling they’ll end up in the Little Free Libraries around town. Strategically deposited so that when you look at drop locations on a map it makes a big smiley face.