Something’s going to happen here in a few moments, so I stopped to organize my thoughts, like, before riding on ahead.  I can see her there, standing on the edge of the truck garden.  Looks like she’s seen me and is waiting.  Morning sun’s behind me, so I reckon all she sees is outline of a horse and rider.  It’s almost like when we were courting, I’m all nervous, like.  She looks like she’s been out pulling up the last potatoes.  Place looks good.  She looks good, dirty hands and all.  Reckon I’ll ride on ahead.

Bob put the pencil in his diary, closed it and stuffed it in his jacket pocket.  He picked up the reins and clucked to the horse.

The moment’s stop to jot down his thoughts had managed to let his heart slow back down, if not quite to normal.

He rode up the trail, into the lane, and up to the cabin, where Isis had walked to greet him.

“Around,” Bob said, still on his horse, suddenly tongue-tied.  “Here and there.  Carson City, Boise, was up in Canada a spell.”

Isis narrowed her gaze at him.  “Something’s happened to you.  You’re… different.”

“That’s what you sent me away for, I reckon,” Bob replied.  “And you’re right.  Reckon I am different.  Changed.  Not as much as the war changed me, not as much as Egypt changed me, but hell, everything a body does changes ‘em in one way or another.”

“Different, different, I guess.  I ain’t turned mean if that’s what you’re after.”

“So, you were gone a while.  What happened?”

And then the whole story spilled out.  Bob talked for a good half-hour, still on the back of his horse:  The idle months in Carson City, drinking more than was good for him, sleeping in the stable and sometimes in the gutter.  Then the rumor, the ride north, and finding Sam Evans.  Sneaking across the border, the blizzard, the tomb, Sam’s death.  The disappointment, the ice, the cold that crept into a man’s soul.  Then, finally, the long ride home, and the growing warmth along the way, until that morning, when he arrived, there in the lane, in the morning sun.

“And that’s how she went,” Bob concluded at last.

He noticed that the horses, having grown bored, were cropping at the grass alongside the lane.  Embarrassed at his own uncharacteristic loquacity, Bob dismounted.  “And here I am.  Come home.”

“Come home,” Isis repeated.  She stepped closer, looked into Bob’s eyes.  He flushed.  She smelled like creek water, dirt, and fresh bread, somehow all mixed up together.  “You have changed,” she observed.  A slow smile spread across her face.  “You ain’t stale anymore.  Makes sense, what you been through.”

“Reckon I ain’t,” Bob said.  “Oh,” he said, remembering, “and I ain’t come home skint, either.”  He pulled out his wallet, displayed the bills.  “Did manage something out of that trip north.  Little over eighty dollars here.  Ain’t a fortune, but it ain’t nothing.”

“That’s good, but Bob, none of this was about money.”

“I know,” Bob said, “but hell, money never hurt nothing, either.  Cabin could use another room, couldn’t it?  And with two horses, maybe I can break another field, grow some truck for sale, actually get us ahead a little.”

Isis nodded.  She looked thoughtful.  “Well,” she said, “Come on inside.  There’s coffee, and I’ll fry you up some bacon.”  She smiled.  “It is your house, after all.”

When Bob had a cup of coffee and a plate of pork and biscuits in front of him, Isis excused herself – “got to clean up from morning chores,” she said, and disappeared into the cabin’s tiny bedroom.  As Bob ate, he heard the water pitcher clanking against the basin they used for washing.

Home at last, he thought as he chewed.  Home at last.  Wonder if she’ll turn me out again?  Don’t hardly seem like she’s of a mind to.

Outside, he could hear chickens clucking.  Out behind the homestead’s small shed, in the pen, he could faintly hear the pigs grunting as they worked through their morning ration.

He finished up.  Of a mind to help, he stuck his plate and cup in the cabin’s tiny tin sink and poured some water out of the bucket into them to soak.

Maybe could get a well drilled, he thought.  Hate to have to go to the creek every morning and evening for water.  Make everything easier to just have a pump handle here.  Should take a look at the door on that shed, too, damn thing never was set quite right.  Ought to have a proper barn, instead of just a corral and lean-to for the horses.

He smiled at himself.  Thinking like a homesteader again, he realized, almost like a proper husband.  Careful, Cairo Bob, you’re in peril of turnin’ respectable. 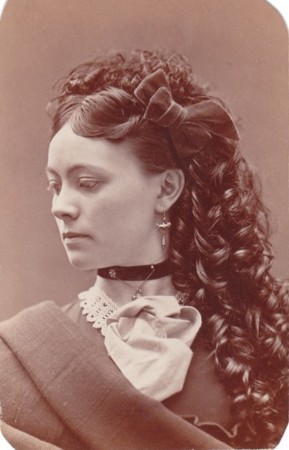 Isis had brushed out her long, black hair and put on the deep blue linen dress she’d worn the day they were married.  Bob suddenly remembered the cold rain that had fallen that day, and then he remembered other things.

“You look fine,” Bob breathed.  “But…”  He still had that last, nagging trace of doubt.

Isis smiled, and held out her hand.