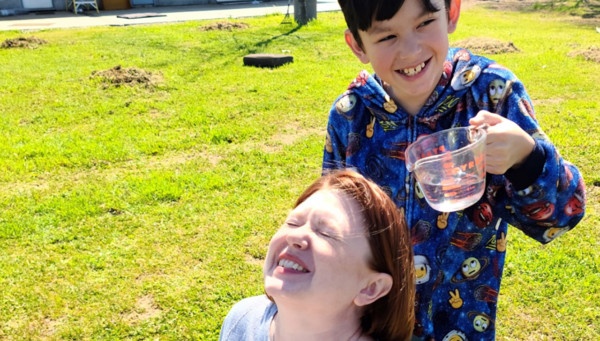 Things are changing so fast, I can’t keep up. Family and personal issues have stuck SP in New York, leaving Wonder Dog and me to fend for ourselves. And fending we’re doing, in our own special way. This involves cilantro, beer, horror films, and Milk Bones.

Birthdays today are particularly notable and numerous, and include a guy who proved that even monkeys can write history books; a vastly overrated dictator/president; the original televangelist; easily the greatest economist of my lifetime– and possibly ever; an absolutely delightful pianist whom I was fortunate enough to meet once; creator of my favorite cartoon TV show when I was a kid (and it is still delightful and fresh); the guy who in many senses inspired this site; a true and really impressive screwball; a guy who created the very worst movie ever made; the best toupee to ever serve in congress; the most self-indulgent pianist in my lifetime; a guy best known for floundering; the biggest jaw in football; the guy who made the Bears what they are today; a guy whose motto was “Safety First”; and a guy who, in a just world, would be gutted and hanging upside down from a lamppost.

Let’s get to the news.

“due to Covid-19 deaths, a decline in immigration and a lower birth rate” And that’s it? Nothing else?

This Florida Man is a king.

Phoenix is a tough town.

Our tax money. “aims to put the first woman on the moon by 2024” How stunning. How brave. Fuck you, cut spending.

“We will defend Jerusalem no matter what sacrifices we must make” he said from one of his beachfront mansions.

Try this with MY kid… prosecution would be the least of your worries.

Old Man Music is a cover of a Joni Mitchell song I love and spent hours learning to play. Fuck, this woman can sing.