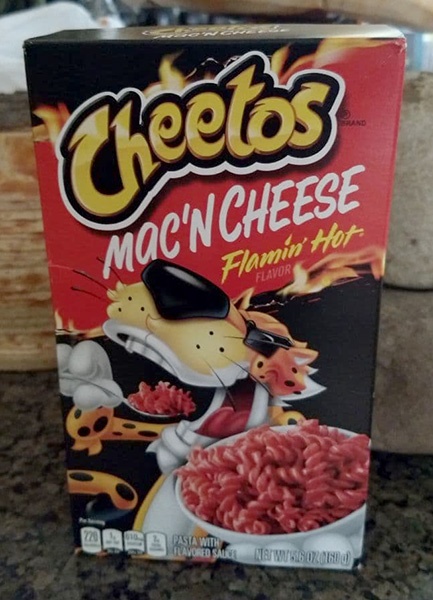 jesse.in.mb [15:31pm]
How is that knowledge on your tongue

SugarFree [15:46pm]
I haven’t tried it yet. I was going to cushion the blow by getting very high first.

jesse.in.mb [16:06pm]
won’t that create bad results? shouldn’t you have a box, get high and have another box?

SugarFree [16:21pm]
Who would east this any other time that really high? High risk, high reward. I figure it will be delicious or I will just drop dead.

Riven [17:50pm]
I would totally try that mac and cheese 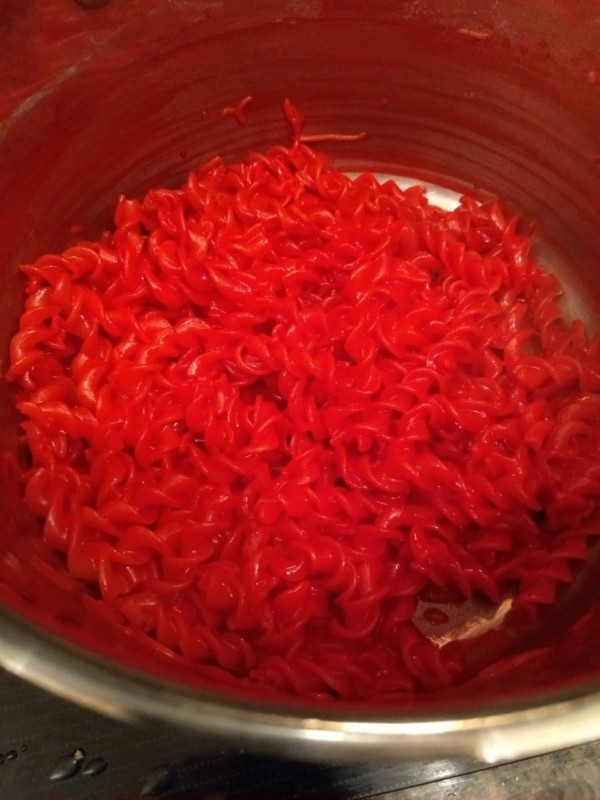 SugarFree [19:09pm]
I will admit it is an alarming color, angry even. The smell is OK. Needs a sturdier pasta. Even cooking to al dente shredded some of it. 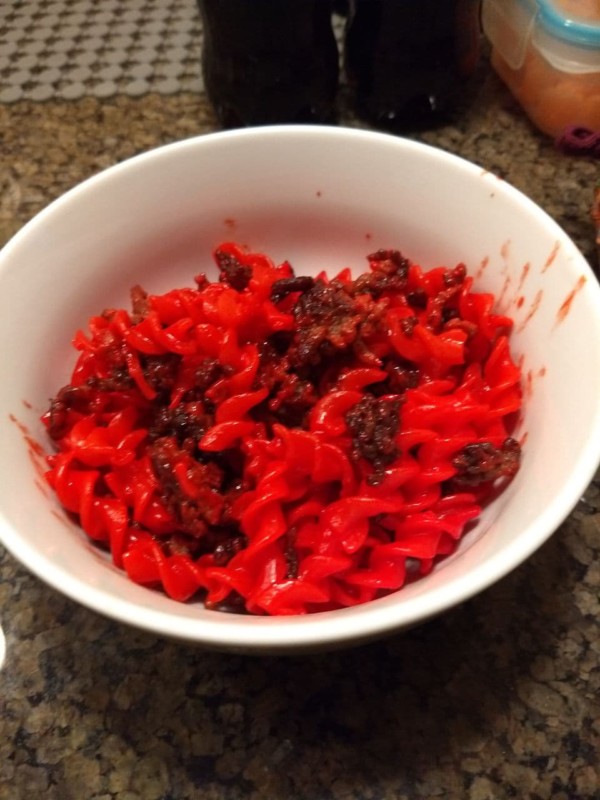 Plated it looks worse. (I added ground beef to get some protein.) Edie smelled it, looked at me in cat-dismay, and stalked off.

SugarFree [19:12pm]
And it splashed going into the bowl. Not sure I’ve seen that before in a box mac and cheese. OK, going in.

SugarFree [19:18pm]
Coated in “cheese” dust and the aggressively red dye, the noodles become, I guess I’ll call it rubbery. And no longer have the mouthfeel of normal kinds of pasta. Almost as if they were made from a non-wheat substance.

SugarFree [19:20pm]
It seems to take on a sourness as it cool. Disturbing.

SugarFree [19:21pm]
Yet when complete cool, seems to have no flavor whatsoever. 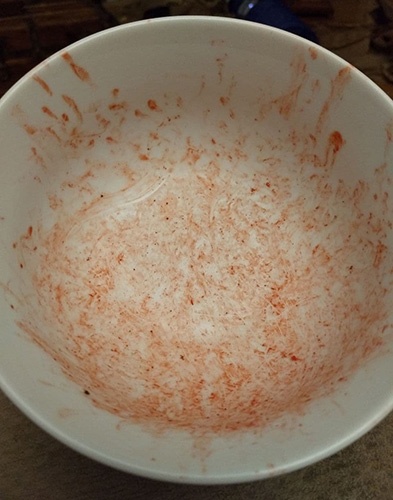 SugarFree [19:23pm]
Reserving half for a reheating review tomorrow. That’s all until it spends the night in the fridge.

SugarFree [19:24pm]
I’m worried that the bowl may not come clean, stained forever like my feeble soul.

SugarFree [19:25pm]
Because I am curious about the unnatural in our natural world. I am a scientist.

Heroic Mulatto [19:26pm]
That was a cri du coeur of existential angst.

Heroic Mulatto [19:29pm]
And Zoomer reactionaries are hysterically afraid of a future in which they must eat bugs.

Heroic Mulatto [20:39pm]
The empty bowl actually looks like you cleaned vomit out of it.

jesse.in.mb [20:54pm]
There’s a bright blue ice cream called cookie monster and I ate two scoops of it and a few days later thought that my colon had a horrifying algal infection

jesse.in.mb [21:19pm]
imagine having done that to yourself and there NOT being consequences

SugarFree [21:21pm]
Yeah. I might begin to believe myself some variety of god.

SugarFree [21:57pm]
My tongue hurts. It hurt before I began this journey, but I can’t decide if it is the same level of hurt or even the same type of pain. I am pretty darn high. Juicy sort of high. Very nice. Very thirsty.

SugarFree [23:40pm]
My condition has stabilized. Going to try to go to bed.

SugarFree [04:47am]
I live. I am bloated and have a headache. I’m going to consume a liter of water and attempt to sleep further.

Heroic Mulatto [12:20am]
This study needs to be published; medical science needs to know this.