I picked up The Case Against the Fed by Murray Rothbard a couple  months ago and found out Amazon sent me a large print copy.  It the size of a coffee table book, it doesn’t fit in my cargo pocket, its 150 pages in 20 point font.  Still, quite the page-turner.

My favorite warmongering leftist was Christopher Hitchens. Agree or disagree, his writing was always delightful to read, vivid, and merciless. Love, Poverty, and War is a collection of essays mostly written in the ’90s, as he underwent a transformation from idol of the Left to something of a pariah. Not that HE changed, it was just that the Left went… funny in the head. Imagine telling the truth about Bill Clinton! Or Cuba. Or Iran. That estranged him from much of his fan base, and more’s the pity- for them. Cynics like me loved his famous takedowns of Mother Teresa, the Dalai Lama, the aforementioned Slick Willy, Michael Moore, Michael Bloomberg (a particularly devastating and prophetic piece), all done with a cutting stylishness and an almost Buckley-esque style. His observations of the now-almost-forgotten (here) Balkans war were particularly galling to the Clintonistas.

Libertarians of my ilk will be rather repulsed by his strong interventionist leanings, but holy shit, he expresses them well. Hours of fun here.

Donovan’s Brain by Curt Siodmak (1942)
The best known of the “evil brain in a jar” genre, it is really a pretty twisted book for the time. The mad scientist is a classic sociopath and the brain is a millionaire psychopath that eventually comes to mentally dominate the mad scientist. Engagingly written, I was surprised how much I liked this.

Made into a number of movies, 1953’s Donovan’s Brain has Nancy Reagan as the female lead. 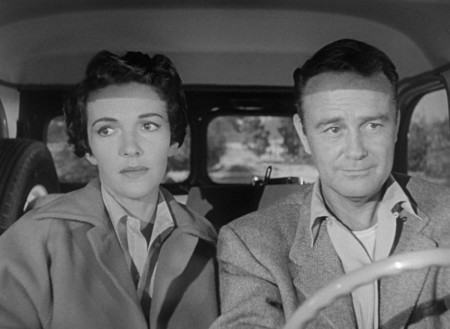 The Bad Seed by William March (1954)
Rhoda is a pretty little blonde child that doesn’t let anything get in the way of what she wants. The best of the evil-children novels, Bad Seed is also just a well-written book, the language is so filled with dreadful anticipation that comes off the page like a cold fog.

Check out the opening sentence:

Later that summer, when Mrs. Penmark looked back and remembered, when she was caught up in despair so deep that she knew there was no way out, no solution whatever for the circumstances that encompassed her, it seemed to her that June seventh, the day of the Fern Grammar School picnic, was the day of her last happiness, for never since then had she known contentment or felt peace.

It was made into a well-regarded movie of the same title in 1956. And remade a few more times to sharply diminishing returns. 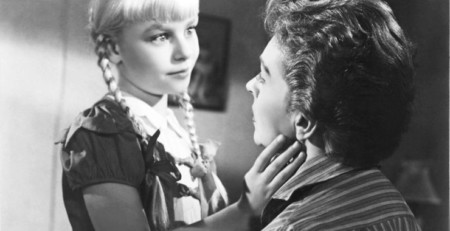 The bangs and pigtails of evil itself.