Everyone asked to watch a movie yesterday, and they all picked Charlotte’s Web.  Easily confused with Babe, its a touching tale of a pig my kids enjoyed but I am such a curmudgeon I slow cooked a boston butt and made some sandwiches.  This coffee rub by the way is legit.

Mexico sent in 250 National Guard troops and 60 police officers Monday to seize land next to the pre-Hispanic ruins of Teotihuacán where authorities have said bulldozers were destroying outlying parts of the archeological site.

Mexican archaeological officials reported last week that they had been trying since March to halt the private construction project, but work continued on what local media says were plans to build some sort of amusement park. 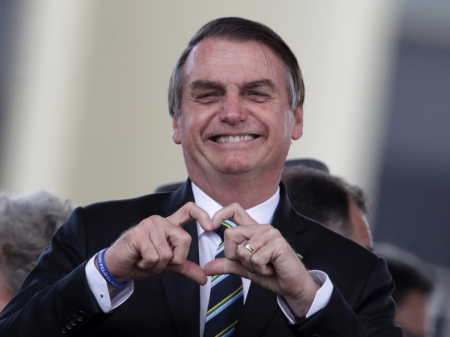 Thousands of Brazilian protesters took the streets to protest a fascist politician that allowed them to demonstrate their displeasure at his reaction to COVID.  He’s so awful he makes the guy in Colombia look like a um…something.

It can’t be all bad, they get to host Copa America.

This was a president that promised to listen to the scientists.

In a letter to State Department leadership obtained by NBC News, the staffers say that in recent months, the government has continued to “reject scientific evidence regarding the injuries and treatment needs” and to “invalidate our injuries and experiences,” alleging that military and intelligence officials injured by the same unexplained phenomenon are being treated more seriously

Guatemala slated to receive $7 billion in foreign aid from President Harris.  Maybe she won’t show up for this too.

Here’s some tunes.  Have a good afternoon.