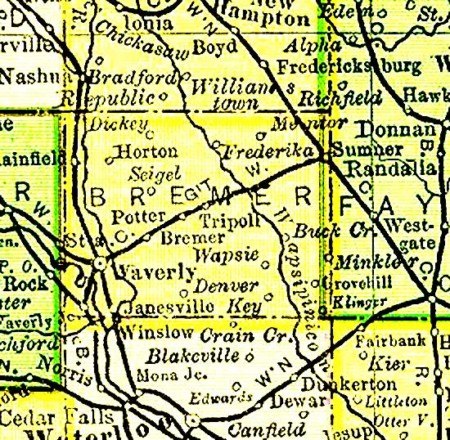 “Eight years,” Coy muttered as he drove his worn old ’32 Ford pickup down East Bremer Avenue in the little Iowa town of Waverly.  “Eight years on a fishing boat, and now I’m looking for work in a damn grain elevator, of all things.”  A newspaper ad from the night before had led Coy here; a Waterloo Courier abandoned in the cheap truck stop where Coy had eaten lunch.

“I was happy there, dammit.”

George Main had died of a stroke the month before while out on a fishing run.  His wife Bonnie had sold the boat, generously paying not only the crew’s due wages and bonus but also a hundred dollars apiece to tide them over.  Coy had headed back to New Orleans, intending to ask around about any other boats that needed help, but on walking past a police station, he saw a yellowing WANTED note with his name on it.

That’s me, sure as hell.  Ain’t no picture but sure as hell my name, and I ain’t exactly kept it quiet.  Time to move on.

So, move on he did, north through Arkansas, Missouri and at last Iowa.

By the time he got to the grain elevators a couple of miles east of town, the doors were closed.  Friday afternoon, too, Coy groused to himself.  Hell.  I’ll come back Monday.  Get a cheap motel room, I guess.

He found a dollar-a-night cheap-sleep on 4th Street SW.  Paying for three nights in advance, he left the office, unlocked the room door, and tossed in his old Marine ruck and a cheap cardboard suitcase he had bought to hold the few extra possessions he had accumulated in the years of more or less settled life in Delacroix.

He stood for a moment, looking at the tiny room.

Fortunately, Coy was at least well-found, for the moment.  His pay on the fishing boat wasn’t stellar but he was fed on the boat, there wasn’t much to do in Delacroix between trips.  As a result, he had managed to put away a fair chunk of cash, most of which was in a small, locked box in his old Marine rucksack.

Good to have some cash stuffed away when you’re on the lam, he chuckled to himself.  He had a twenty and two fives in his wallet, so he locked the room door and walked up 4th street to find some supper.  A cheap greasy spoon on Bremer Avenue saw that need filled, so Coy walked on down the street looking for some entertainment.

A couple of small local watering holes proved uninteresting.  The locals were unwilling to talk to a newcomer, and so Coy was treated to a lot of backs and a few grunted replies to questions and comments.

Back out on Bremer Avenue in the growing dark, Coy spotted a larger place about a block away.  The neon sign of a girl above the door and the faint tones of music indicated what kind of place it was.  Coy had some vague memories of a lucky evening in a New Orleans bar of similar style, and so headed that way, surprised to find such a place in this seeming bastion of Midwest conservatism.

He walked in, selected a table not too far from the stage, and ordered a beer.  The forty-ish, hard-looking waitress brought him a can of Budweiser with the top freshly perforated, no glass. 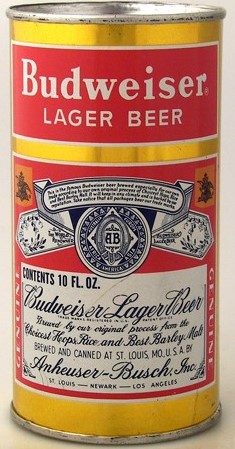 Classy joint, Coy thought to himself.  He shrugged and took a pull; at least the beer was cold.  He leaned back in his chair, and in spite of the girl dancing on the stage, caught sight of the waitress working the other side of the place.

He caught a glimpse of her profile as she passed under a dim light.  Her hair glinted red; Coy fancied he saw a tint of green in her eyes.

Sure as hell, he told himself.  Sure as I’m sitting here.  That’s Marilee.

He took another drink of the beer.  Suddenly realizing the can was empty – he didn’t remember draining it – he waved at the older waitress for another.  He saw Marilee leave a table where two younger men sat and head back to the bar, a faint, false smile on her face.  He felt all the old feeling.

How the hell is it we both come here, to this place?  What are the odds of that?

In a fit of indecisiveness, Coy stayed in his chair.  He nursed several more beers, ordering another just often enough to avoid antagonizing his hard-faced waitress, and ignoring the gyrations of the girls on the stage.  He sat through the evening, savoring the occasional glimpse of Marilee.

Eventually the patrons started leaving.  Coy checked his watch, noting it was well after midnight.  He hadn’t seen Marilee for a while; he reckoned she must have left for the evening.  Suppose I may as well head out, too.

Coy’s heart leaped into his throat.  He turned, and almost fell into a pair of green eyes.  “Yeah,” he said softly.  “It’s me.  Hello, Marilee.”

Marilee pulled a chair away from a neighboring table and sat down.  “I saw you a while ago, and I would have come said something sooner,” she said, “but we’re supposed to stay in our own section.  I’m glad you stayed around.”

“Oh, foosh,” Marilee waved the compliment away.  “We’re both older, Coy.  You look… well, you look different.  You look like you’ve seen some hard times.”

There was the sudden flash back to Okinawa, to the Jap’s hate-twisted face, the stabbing bayonet.  “Yeah,” Coy agreed, “you could say that.”

“Looking for a job,” Coy answered.  “I was down in Waterloo yesterday.  Saw an ad for the grain elevator east of town, said they were looking for help.  Didn’t make it to talk to anyone today, so now I’m waiting until Monday.  What about you, Marilee?  We’re a long way from Falfurrias.”

“Oh, you know what Falfurrias is like,” Marilee said.  “I did like you said, Coy.  I stayed in Fresno for a while, worked a couple of waitressing jobs, saved enough to buy an old car, and went on home after a while.  But Jim’s parents were still there, and they set people to talking; the county prosecutor came around a few times asking about you, but there wasn’t any talk about me being there when you did… what you done.  Bad talk travels fast in a small town, Coy.  So, I left.  During the war I came up here and worked in the Chamberlain’s plant in Waterloo, but when the war ended… Well, at least I know waitressing.”

They sat silently for a while, just looking at each other.  “I’d sure like to see you some more,” Coy said at last.  “Outside of this place, I mean.”

“I’m off now,” Marilee said.  “I have an upstairs apartment just a few blocks from here.  Walk me home?”

Marilee smiled.  Something caught her eye.  “Oh, for heaven’s sake, Coy, your shoe’s untied.  How on earth do you manage to take care of yourself.  Here, let me get it.”

As she bent down, Coy’s gaze fell on the open neck of her blouse.  He felt himself flush, and looked up at the ceiling until Marilee was done.

Coy took her hand, and they walked out together.

She was working in a topless place,

And I stopped in for a beer,

I just kept looking at the side of her face,

In the spotlight, so clear.

And later on, when the crowd thinned out,

I was just about to do the same,

She was standing there, in back of my chair,

I muttered something underneath my breath,

She studied the lines on my face,

I must admit, I felt a little uneasy,

When she bent down to tie the laces

Tangled up in blue.