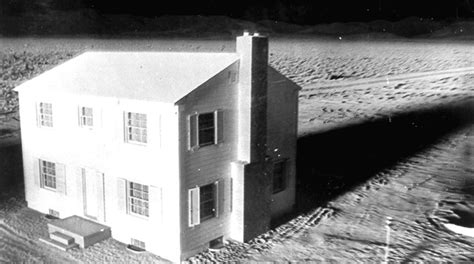 How the HELL did we survive the pressure wave? Alvin wondered, his mind tinged with curiosity, shock, and a bit of anger. He tried not to stare at the body covered in purple and blue bruising as he ran past. This was the third body he had encountered in the past few moments, all but one were neighbors with whom he had shared a friendly salutation just minutes before. He didn’t bother stopping. They were clearly dead, and even if they weren’t dead, he wouldn’t be able to help any of them.

Alvin hadn’t emerged completely unscathed. His head pounded something fierce, his ears perceived sounds as muffled and distant. The baby was crying, but she sounded like she was in a tunnel a mile away. His whole body ached, and he was pretty sure it wasn’t all due to the exertion that his doughy form wasn’t prepared for. A quick glance at his arms confirmed this fact, revealing mottled bruising like he had seen on the bodies. Not as bad, but still rather unpleasant.

He felt compelled to continue, but his pace had dropped to a trot. The burning lungs were a familiar sensation from the many times he had tried to kickstart a cardio regimen, but he was having a hard time catching his breath. Whether it was all the dust he inhaled, the fact that he wasn’t stopping, or maybe even radiation poisoning setting in, he didn’t know. All he knew was the clock had started, and every minute he wasted huffing and puffing was a minute that cars were going to be piling up on the thoroughfares heading out of town.

Keep going! Keep going! Keep! Going! Alvin tried to will himself to his house, shifting more and more of his bodyweight onto the stroller. A side stitch dug into his ribcage, shortening his inhale and causing him to reflexively grab his side.

I’m gonna be dead by the end of the day.

He stopped, not even pretending to believe his own excuse for giving up. I have to check on the baby.

He couldn’t suppress the eye roll as he circled around to the front of the stroller and peeked in. The baby had calmed somewhat, but still carried a look of concern and discomfort on her face. He noticed a bruise forming on her forehead that was clearly new, and a number of bruises on her arms and legs that he couldn’t tell, for certain, if they had been there already. The good news was that she was alert, if a bit freaked out by the transpiring events.

Alvin, satisfied that he didn’t need to triage infant medical concerns, willed himself back to the handlebar of the stroller, and renewed a light jogging pace. No sooner had he gone ten paces when a crack of not-too-distant thunder jolted him. In an exaggerated flinch, Alvin ducked his head down and swiveled around to look in the direction of the sound. His feet caught one another, and he nearly planted himself on the street. After ungracefully catching his balance, his attention tracked to a blossom of milky white cloud. A twin mushroom to match the towering cloud of death menacingly blocking the southern sky, casting a satisfied gaze on its destructive work. The second explosion was much further away to the southwest.

With an ambivalence that caused his conscience to hiccup, Alvin turned towards home, ignoring the devastation that surrounded him. Tunnel vision locked his focus on the clearly damaged abode from which he started his journey. It was only a few hundred feet away, but the distance felt insurmountable. His thoughts began cycling through his brain like a runaway train.

Alvin forced his mind to stop as the panic crossed the threshold into meaningless syllables. As he ramped the stroller up the curb and into his front yard, he suppressed the shock of seeing his house in shambles and did his best to replace it with a resolute determination to do the right thing.

We’re going to survive this. I’m going to make sure she gets to have a childhood.

Pausing mid-step, he spun the stroller around and headed for the side yard. The motion of rustling branches in the middle of what had been his home office had sparked a morbid mental image of the stroller being crushed by a particularly large tree branch.

Nope. Just stick her in front of the car so you don’t forget her.

The garage, being on the north side of the house, appeared to be mostly in tact. The roof was still there, more or less, and there appeared to be enough exterior structure left at that corner of the house to hopefully protect the car. 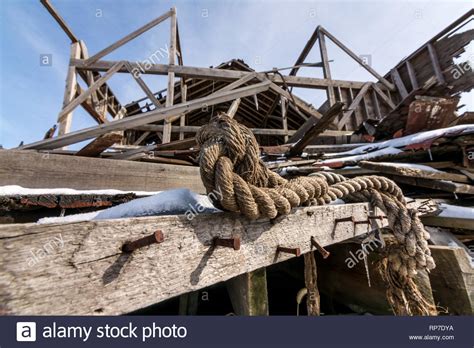 The rest of the house wasn’t so lucky. Both mature trees from the front yard were gone, and by gone, they were four foot tall jagged stumps. The remaining parts of the trees were easily located by the multitude of small and large branches sticking above the mostly-crushed roofline.

After parking the stroller in front of the garage door, Alvin made his way to the gaping front of the house, starting a 5 minute timer on his phone.

I stop when it beeps. No matter what.

Plunging himself into a destruction that recalled memories of driving through tornado damage, he was immediately greeted with good news. The gun closet had blown open and scattered its contents in the entryway. He could probably get a few guns, ammo, and baby provisions into the car in 5 minutes, assuming that there was a path to the garage from the front of the house. A glance in the direction of the garage was promising. There was debris littering the hallway, but he could see the door to the mudroom adjoining the garage, and it looked only partially obstructed.

Mudroom as staging area, then climb over the mess and load up in the garage.

Alvin scooped up one of the small duffels that he had stored in the gun closet and began shoveling in-tact boxes of ammunition into it. Not paying attention to caliber, he filled the bag with a few hundred rounds and sealed it up. Swinging the duffel to his shoulder with a heft, he caught the handles of a pair of rifle cases with his other hand and made for the mudroom. With the slightest of care for the weapons, he half-tossed, half-put his arsenal across the crumpled bathroom wall that hindered his access to the mudroom and flipped around to navigate to the pantry.

He was moving so quickly across the remnants of his home that cluttered his path that he lost his balance when a piece of sheetrock gave way. Stumbling through exposed beams set up like an obstacle course, he finally succumbed to gravity when something caught his foot. Pain shot through his legs as his already abraded knees plowed into a pile of mixed shards. Whether the most offensive pieces were glass or sheetrock, he didn’t know or particularly care. The sting in his palms and kneecaps was sharp enough to take his breath away for a moment. 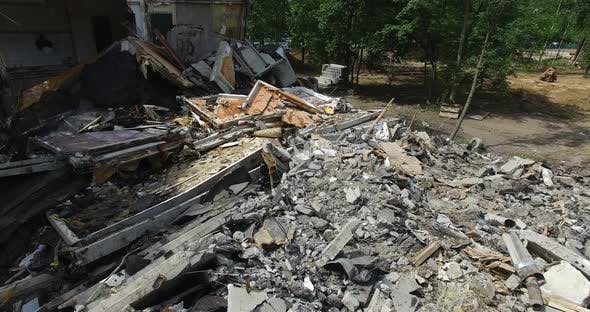 Regaining his breath, Alvin scrambled to his feet and took a step before freezing in placed for a moment. A pang of familiarity hit. Through the ringing of his likely permanently damaged ears, the sound of a box of ammo moving had resonated like a clarion call when he tripped.

Noting where he was and positively identifying the handle of his pistol bag as the source of the tripping hazard, he pulled the dirty nylon range bag out from under the remains of an antique armoire and set it in the most conspicuous place he could find, an exposed nail head rudely sticking up from a cracked, collapsed joist.

Flipping his head around to the kitchen, his lightening mood was quickly shattered. The pantry had been replaced by a portion of a three foot wide tree trunk, haloed by peaks of sunlight from the gaping hole it had made. There would be no quick retrieval of ample provisions. He’d be lucky to get enough food to last the baby to dinner time. 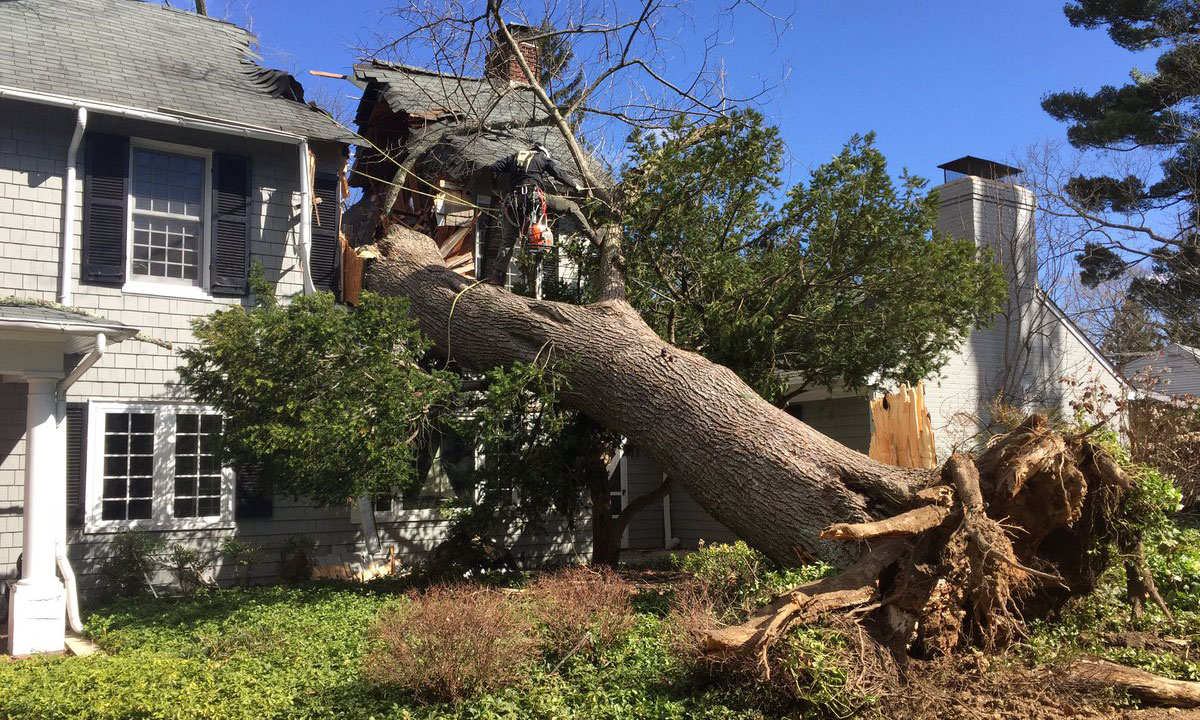