A few things locally were occurring that came up recently.  No, not just the Cope Show, but my gut tells me that will get much more entertaining.

This is my review of Stone 25th Anniversary Triple IPA: 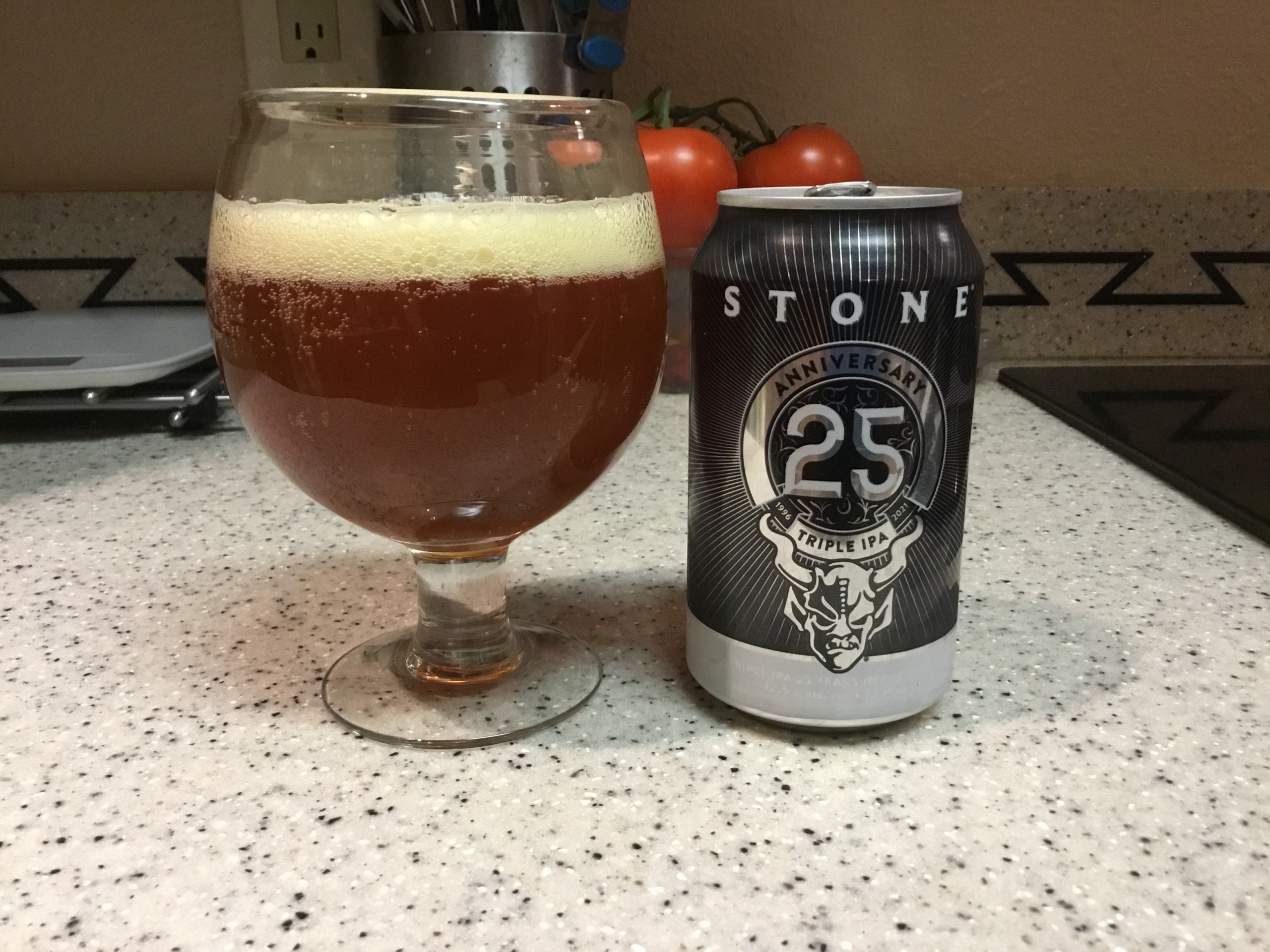 This begins with an email from my kid’s school district:

This afternoon, Maricopa County Superior Court Judge Katherine Cooper ruled that it is unconstitutional for the state of Arizona to prohibit school districts from enacting face mask requirements.

As we noted to you in last Friday’s parent update, the SUSD Governing Board has provided SUSD Superintendent Dr. Scott Menzel, in consultation with the Maricopa County Department of Public Health (MCDPH), with the authority to determine whether the current mask requirement should be maintained or re-issued.

Let it be known both houses of the legislature and the governor signing something into law is no longer within the bounds of the Arizona Constitution according to a judge appointed by that hardcore progressive, Jan Brewer.  For more information on the Myth of the Rule of Law...

Then comes the CDC pretending to be scientists as they compare the spread of Covid-19 at schools between the largest two counties in Arizona:

Emphasis mine, at least they admit that.

There is no baseline, or control in this report that suggests these “odds” are meaningful at all.  They also forget one bit of context, namely the school districts in Maricopa county didn’t implement their measures until Aug 20, a couple days after the court ruling on Aug 17.  In effect they found a loophole the law against mask mandates in schools does not go into effect until Sept. 29,therefore the local school districts can implement whatever measures they desire.  This most recent outbreak peaked in AZ on Aug 16, so it was already beginning to go down for four days.

What is really interesting is when you break down the AZDHS Covid Dashboard by county. 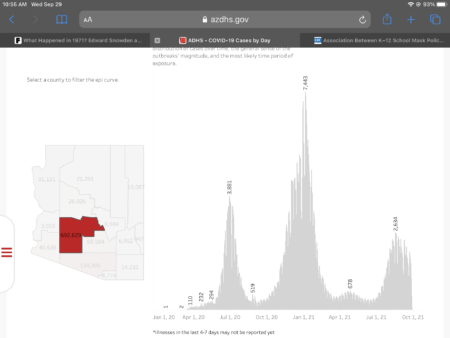 I will ignore the part where there is a objectively a greater spread overall in one county vs. the other during the timeframe of their study and how that might manifest itself within the respective school systems.  Why would these counties have such different results? For one Maricopa County is about 4x more populated that Pima, and the most recent age demographics I could find show a higher percentage of school age children (23.5% vs. 20.7%) account for the population in Maricopa county. 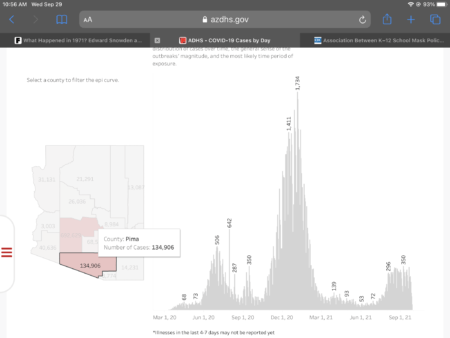 Since the vaccines have been available for several months by the time they began the study, the partisan breakdown between the vaccinated and unvaccinated is relevant.  Maricopa county is (presumably) split fairly evenly between both versions of political insanity, while Pima county is more in line with other counties with an urban center by skewing to the left.  Assuming the vaccines work (I lean more towards the affirmative category if it makes a difference) this would suggest a greater percentage of adults are vaccinated in Pima country and therefore reducing cases in proportion with the overall population—including school age children.

In short, more kids in Phoenix than in Tucson are testing positive because there are more kids and fewer of their parents are vaccinated.  Which suggests the efficacy of kids wearing a dirty sock under their chins presented here is coincidental.  This is in line with what researchers in Europe have found well over a year ago.

The issue the public health nannies have consistently failed at is understanding that in order for them to have any legitimacy in their decrees they must demonstrate the measures are effective enough that I or others cede decision making capacity to their supposed expertise.  The onus is not on me to prove them incorrect, they need to demonstrate they are correct.  It is here they have failed at every step.  I am a merely a guy with a Masters degree (w/ BS in Chemistry) and an internet connection using data from government sources to inform my opinions and if I can poke holes in their research, then their research driving policy decisions is not particularly convincing.

Although if one of the MDs around here want to chime in and tell me where I’ve gone wrong, I’m all ears.

An IPA with an special occasion attached?  Okay, Stone we get it you sold a ton of IPA over the years even though you’re famous for a borderline barleywine that openly insults their customers.  Seriously, you guys got greedy and went for the low hanging fruit to celebrate rather than buckling down and putting out something people can really enjoy for $16 per six pack.  I will admit, they do a good job of balancing out the scent of dirty socks in my face by loading it down with so much booze I notice the burn before the hop blast, followed by the malty backbone required for 12.6% abv.  I can’t even say its bad, or even terrifying, but I can say its in line with their brand. Stone 25th Anniversary Triple IPA: 2.9/5