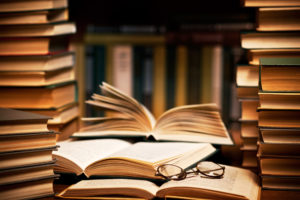 Time to catch up on what we all have been readin’.

Possibly the most deranged Bigfoot/Sasquatch/Yeti/STEVE SMITH novel of all the ones I have read. The Yeti is functionally immortal, having been alive since at least the last ice age, and rides an ice floe to North America in search of food and winds up in the California Sierras, at a struggling ski resort and promptly dismembers and devours a visiting beauty queen. To keep everything hush-hush, the resort hires the only two survivors of a Yeti attack, a Native American tracker, some appropriately-grizzled Vietnam vets, to hunt and kill the lava-blooded 25-foot Yeti with nuclear-tipped crossbow bolts. Ignore the Jaws rip-off plot and just revel in the madness.

The 1977 movie, Snowbeast, with a near-identical plot came out the same year and doesn’t seem to be related in any way.

I could only produce a faint shadow of a review compared to Grady Hendrix:

Welcome to the Olympics of horror cliches, where splitting up is the only way to do anything, conversations inevitably end the second shocking revelations are teased, and a tiny living doll screaming and stabbing you in the foot is dismissed as “Only the wind.” If Jay was not in a horror novel he never would have come back to this town where his entire family went missing one day when he was 17 and where he’s haunted by memories of “that awful night” when he and some high school friends snuck into the Old Abandoned Clute Place and were attacked by ghosts. But, as the police say, “Lots of folks just take off and are never heard from again,” and as for the ghost attack, he’d prefer not to think about it.

Luxuriate in his full rant.

I’ve known about Compton for a long time and had him “read eventually” pile, which is at least a thousand books long at this point. I even know the basics of the story from the 1980 movie adaption Death Watch. But none of it prepared me for reading The Continuous Katherine Mortenhoe. Compton is a fabulous writer, lyrical and engaging. Just amazing. The plot anticipates reality TV, and in the future, where death by anything but old age is uncommon, the biggest shows follow people dying young of the rare incurable disease. Katherine Mortonhoe is given four weeks to live and is assigned Roddy, a journalist with implanted camera eyes to follow her in her grief and mourning of her impending death.

And in the predictive science fiction sense, the novel is eerily prescient. Social credit scores, protests blocking traffic for days on end, a permanent underclass that seeks to avoid ubiquitous government surveillance, the constant social churn of easy divorce.

I’ve been reading Frank Herbert’s classic science fiction epic:  Dune. I get why people like it, and I similarly get why people hate it.  I decided if I am to see the movie this weekend, I absolutely need to read the book in order to know how Hollywood screwed it up.  And I assume they jacked it up royally.

Federal Acquisition Regulation, Volume I, II (Parts 1-53)  1,937 pages of all that is wrong with America. Reading induces nausea, sleepiness, outrage and boredom.